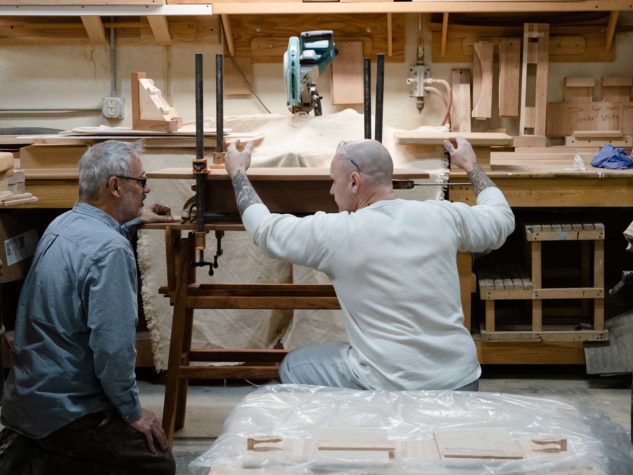 Reid and a student discuss strategies for assembling a cabinet with tambour doors. 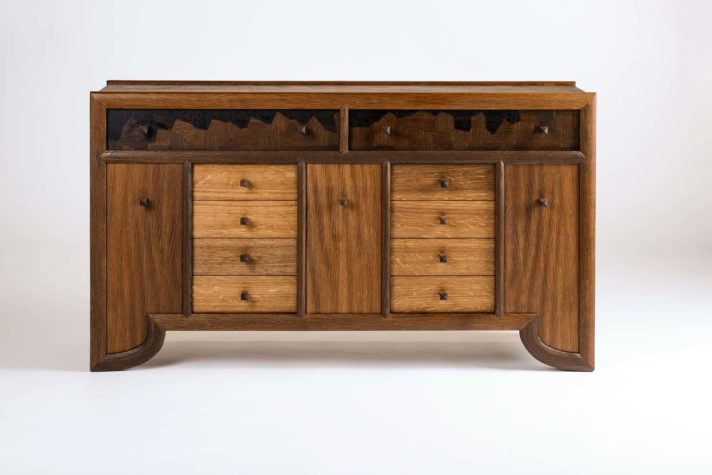 Reid’s “Dragon Tansu” is a contemporary interpretation of a nineteenth-century Japanese tansu. 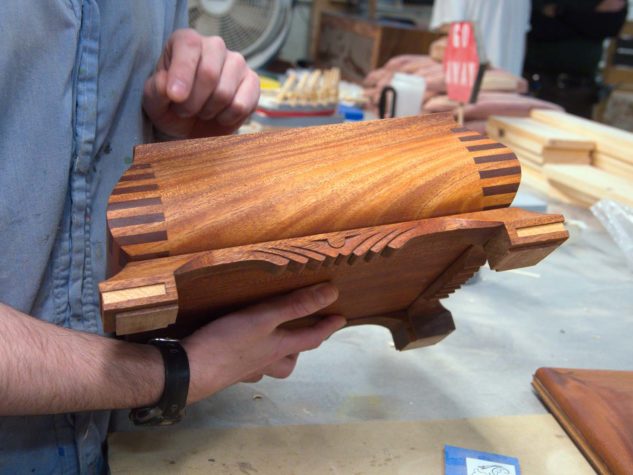 Small jewelry boxes are a staple for exploring creative and technical ideas in the Fine Woodworking Program. 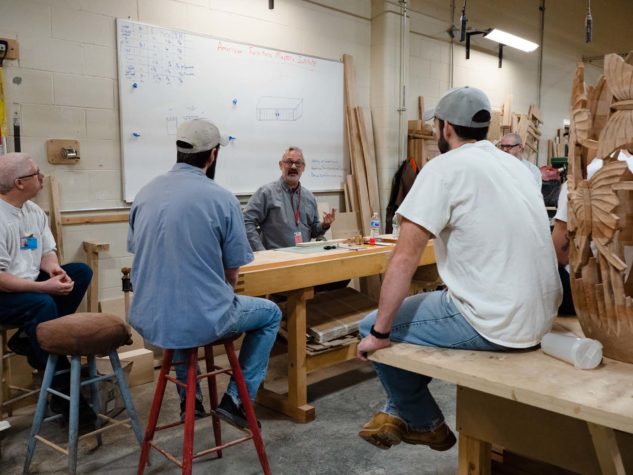 Every morning starts with a group meeting to discuss the daily agenda and to answer any technical questions.

Brian Reid started his career as an engineer, mostly “because that’s what my high school guidance counselors told me I needed to be,” he says. But after becoming friends with a furniture maker and his wife, Reid was inspired to try his own hand at making furniture. At 26 years old he enrolled in a furniture-making class at a technical school and found his passion. “Like so many engineers do,” he jokes. At 33 Reid quit his job and went back to school to study furniture design.

Thirty years later, Reid has taught furniture-making classes throughout many parts of the world—areas that many of us dream of visiting, and places that most of us will never see. “Each place I teach is different,” he tells me as we begin to discuss the countries he’s taught in. Reid has traveled to teach in six countries, each one with its own cultural design philosophy and work ethic.

In teaching across the world, Reid has found that each country’s cultural history greatly influences its design aesthetic. When Reid asked his class in Australia to create a design that was uniquely Australian, he was surprised to see that every student created an Aboriginal pattern. While teaching his class in Colombia, an entirely different aesthetic emerged. When Reid showed the class his own designs, his suggestions were rejected and his students formed their own interpretations. “Even though they were using some of the same techniques, they tweaked them in different ways—the style was much more geometric, more organized—and that was so fun to watch,” Reid says. But of all the places Reid has taught, perhaps the most interesting and peculiar is right here in Maine, at the Maine State Prison.

The Maine State Prison’s Fine Woodworking Program began in 2011 with the help of Tyra Hanson, owner of the Gallery at Somes Sound, and Terry Moore, lead instructor of a similar program at a New Hampshire prison. It took about a year to get all the details organized and to find a guard who would work on Sundays. Originally, Reid was planning to run the program for only two years; seven years later, Reid is working to begin a full-time program for prisoners (“And they like to be called prisoners, not inmates”) who are within a year and a half of getting out. Reid’s goal with the new program is to teach the prisoners the skills they need to secure a reliable job once they are eligible for their work release. “We will do three to four months of furniture making, three to four months of kitchen cabinet making—which is a slightly different profession—and three to four months of boatbuilding techniques.”

The first thing that Reid teaches his students is how to sharpen a chisel. “Which everybody thinks is crazy, because when I sharpen a chisel, it’s sharper than your razor,” he tells me. But Reid feels safe working with the prisoners because it takes ten years of perfect behavior before a prisoner is eligible to apply for his program. When asked about the transformation he’s seen since beginning the class, Reid reveals that the quality of the prisoners’ work has improved throughout each prison program. The older prisoners in the woodworking class learn a specific set of skills from Reid, which they will then pass on to younger prisoners who later join the program. By teaching this extra set of skills, Reid has seen the prisoners’ confidence in their own abilities rise.

The biggest challenge since beginning the Fine Woodworking Program has been finding instructors who are willing to go into a prison to teach. “A lot of people think prisoners don’t deserve that kind of treatment. And I tell them, ‘Well, you know they’re going to get out. You want to treat them badly in prison, they’re going to act badly when they get out,’” Reid says. Should a prisoner be released with a passion for furniture making that rivals his own, he says, “I’ll really bend over backward trying to help in some regards.” Over time, Reid’s passion for furniture making has given way to a passion for teaching; being able to teach the prisoners creativity and confidence is a reward in itself. 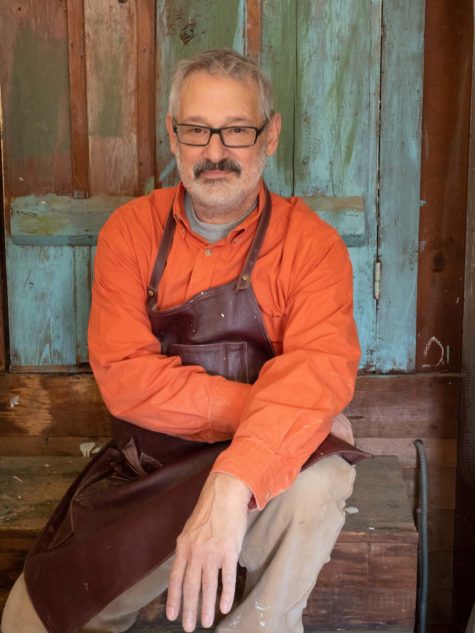 Reid sits inside his newly remodeled studio, a nineteenth-century barn in Rockland. 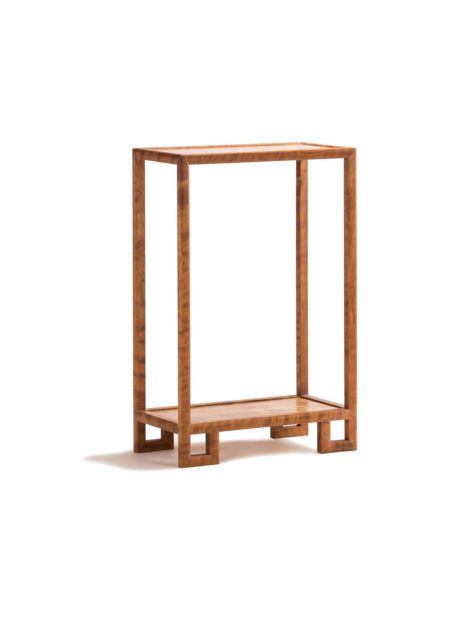 Brian Reid’s “Curlie’s Cherries” table is a study of proportion and simplicity.