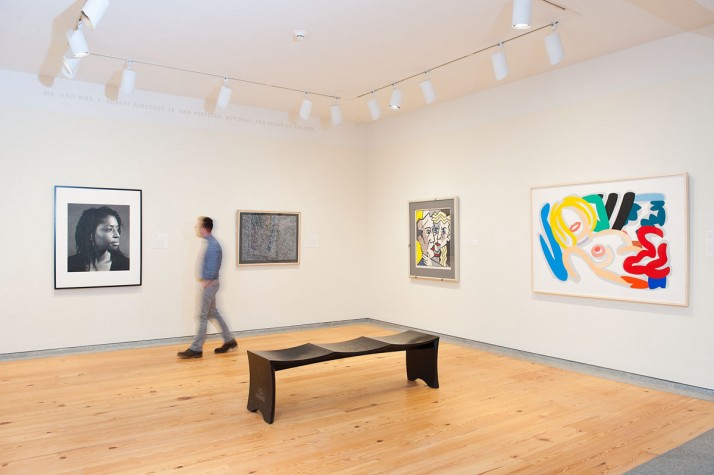 A visitor walks through the exhibition Masterworks on Paper, Highlights from the Portland Museum of Art. On view through June 5, the show features rarely seen works by renowned American artists Winslow Homer and Edward Hopper, as well as lesser-known pieces by Peggy Bacon, Gustave Le Gray, and John Storrs. 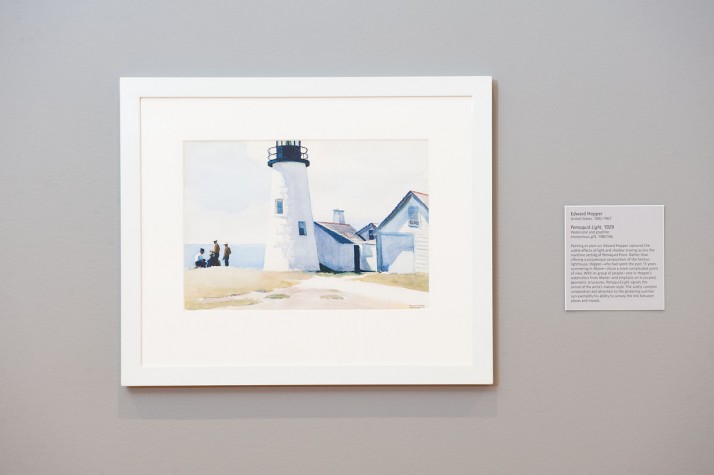 Edward Hopper’s Pemaquid Light, 1929, one of the most requested images from the museum’s collection. 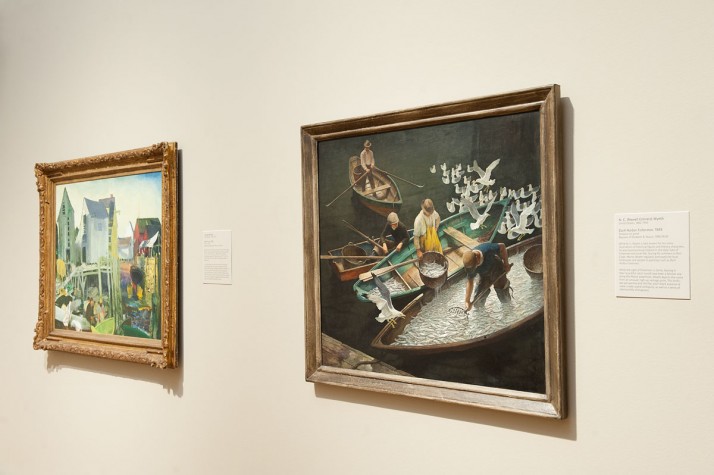 Susan Danly, former curator of the Portland Museum of Art, on the egalitarian appeal of work on paper

When Susan Danly first came to Maine, she had no idea how big a role the state would play in her life. A college student from the Midwest, she was looking for something different to do during a summer between semesters, and she wound up on Monhegan Island. “I showed up to work as a waitress in 1969, and what started as a fun summer experience ended up being a transformative event for me,” she recalls.

On the small island some ten miles out to sea, Danly met artists from New York and fishermen who had been living in Maine their entire lives. “Monhegan felt separate from the rest of the world, outside the normal expectations,” she says. “It struck me as special how everyone, no matter how different, seemed to get along so well. The artists were proud of the Mainers and their work, and I think there was a sense of pride from the fishermen, too.”

After graduating from the University of Wisconsin in Madison with a bachelor’s degree, Danly went on to study art history at Brown University. “Between my master’s degree and my PhD, I discovered that I needed to make a change,” she says. “I had been a German medievalist, and while I loved it, I didn’t know if I could find a job in such an esoteric field. I thought back to my summers on Monhegan and realized I wanted to work in American art.” After receiving her graduate degree, she went on to work as a researcher and curator at the Huntington Library in San Marino, California, the Pennsylvania Academy of the Fine Arts in Philadelphia, and the Mead Art Museum in Amherst, Massachusetts. It wasn’t until ten years ago that she finally found a reason to return to Maine. “When I saw a job opening for a curator of contemporary art and works on paper at the Portland Museum of Art, I knew it was mine,” she says. “It was what I had been working toward—directly or indirectly— my whole life.” She held that position until her retirement three years ago.

When I met with Danly, it seemed only natural that we should visit the newly renovated PMA, which reopened on January 22. The following day, we strolled through the white galleries, stopping to view the Masterworks on Paper exhibition, which runs until June 5th and showcases rarely seen prints, drawings, watercolors, and photographs from the museum’s collection. “I haven’t seen this yet,” she says with undisguised excitement as we stand in front of a serene landscape by famed nineteenth- century photographer Gustave Le Gray. “Even though I didn’t do the work on this project, I’m so gratified that the PMA did a works-on-paper show. I feel like I helped lay the groundwork for that culture to emerge.”

Throughout her career, Danly has focused on highlighting smaller, lesser-known works of art. At the PMA, she was responsible for exhibits like the 2006 Georgia O’Keeffe and the Camera, which featured 60 images of the artist, as well as works by other creators from the same period. She also brought increased attention to the pictorialists, a group of photographers from the early twentieth century who were among the first to view photography as an artistic medium, rather than a tool purely for documentation. She included their soft, dreamlike works in the 2012 Winslow Homer legacy show. The pictorialists also make an appearance in Maine Photography: A History, a book Danly co-wrote with historian Libby Bischof and former state historian Earle Shettleworth that was released earlier this year.

Danly was initially drawn to works on paper because they represent “uncharted territory”; she also finds the genre “inherently democratic.” For a long time, sketches and other preparatory works, which artists often use to plot out larger pieces, weren’t considered artworks in their own right. However, many museums now believe, as Danly does, that these works are a vital part of an artist’s output. They also allow viewers and students to better understand the planning process behind a finished painting or sculpture. And because works on paper are often smaller and less expensive than canvases, they are attractive to a wide variety of collectors.

During her time at the PMA, Danly advocated for an art study room, and she credits director Mark Bessire with greenlighting the project last year. The public can now contact the PMA in advance and request to see a piece from the museum’s collection, which will be taken out of storage and displayed in the study room. Danly is particularly excited about the potential the room offers for works on paper and contemporary art, which are less frequently exhibited. “This room brings art to the people,” she says, citing this as the major function of a locally oriented museum like the PMA. Throughout our conversation, Danly returns to the idea of “democratic art” several times. She also admits to being “a bit of a former hippy,” which came as no surprise—I had spied her notebook, printed with red VW vans, early in our meeting.

Although Danly is no longer with the PMA, her curatorial work continues to inspire museum staff and visitors. Bessire credits her with “expanding and evolving the museum’s collection through her rigorous scholarly work.” He also admires her ability to draw parallels between seemingly disparate works. “She will find a watercolor that pairs brilliantly with a contemporary installation because she is able to see themes that connect the works,” a knack he says has influenced the PMA’s recent biennial exhibits, as well as other shows. Danly is currently working with the PMA and the art museums at Bowdoin and Colby colleges on a project for the Print Council of America, a group made up of over 100 curators of works on paper from leading museums across the nation. They plan to hold their 2017 meeting in Maine, where members of the council will have access to the PMA’s ever-growing collection of works on paper and see, in person, the work Danly and Bessire have done to bring further attention to the genre.

Danly feels tremendous gratitude for her time at the PMA. “It’s the premiere venue for exhibiting local artists, which means it plays a huge role in sustaining that culture. It also brings attention to the important artists who have come to Maine and created works here,” she explains. “It speaks both for Maine artists and about Maine’s place in the history of American art.” You could say the same about Danly, too. 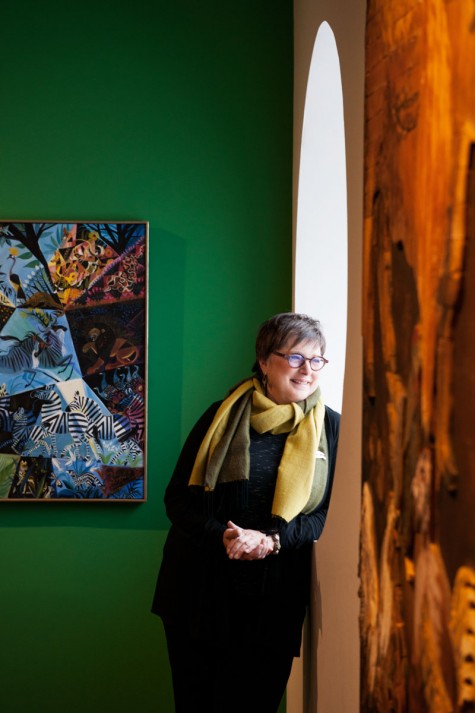 Curator and art historian Susan Danly stands in front of Dahlov Ipcar’s Blue Savanna, 1978, currently on display at the Portland Museum of Art. 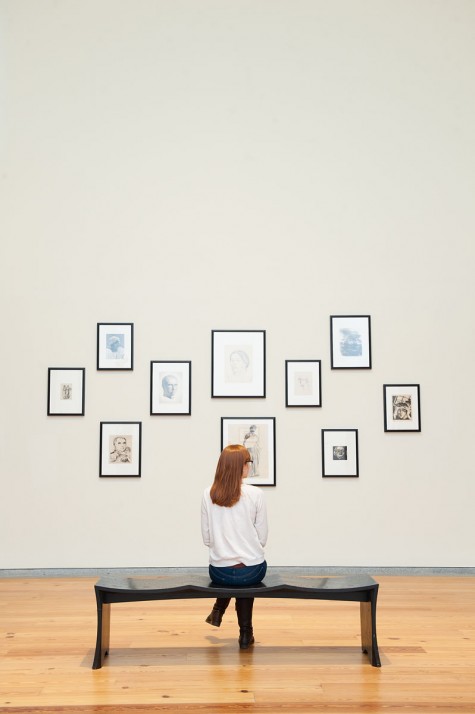 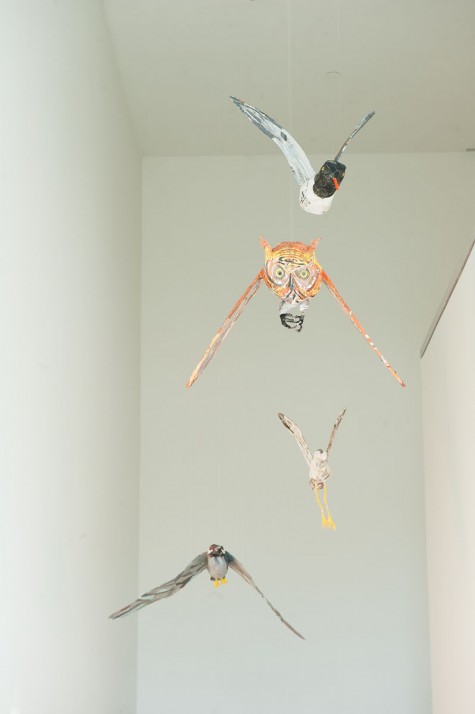