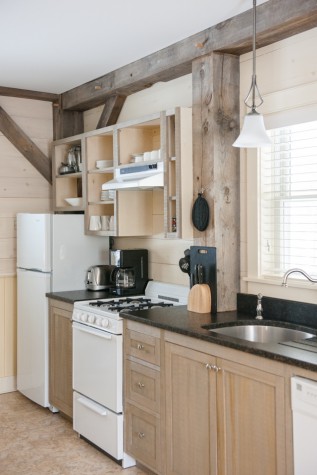 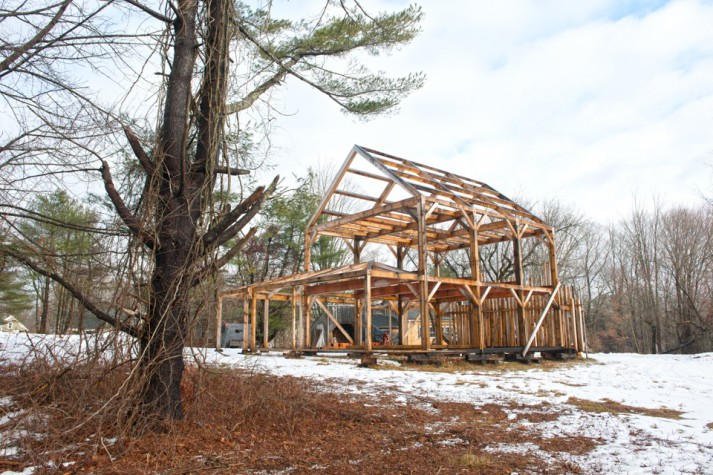 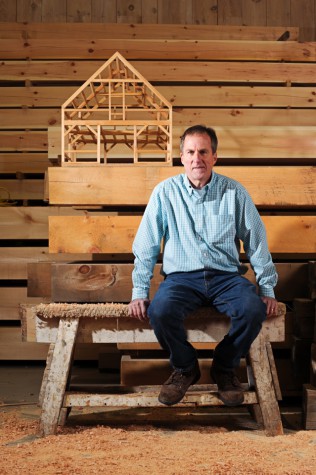 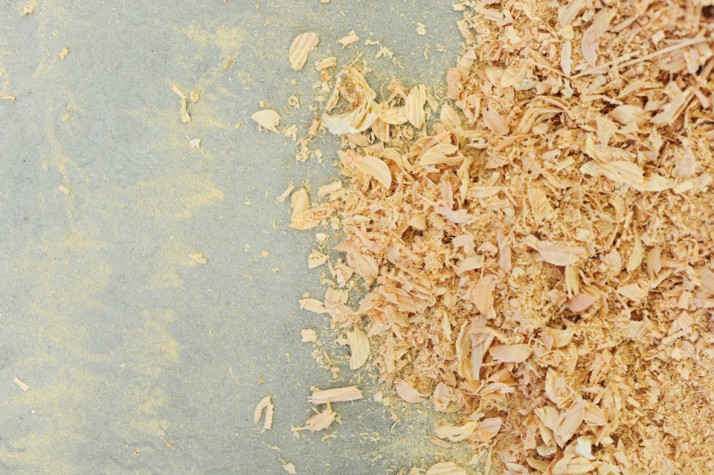 John Libby has been working for himself since he was just 20 years old. At an age when other young adults might be drinking in dorm rooms, Libby had already founded his company, Houses and Barns by John Libby. The year was 1971, and Libby had just moved south from Aroostook County. “I enjoyed the idea of being in business for myself, and not knowing any better, I gave it a shot,” he says. In the past four decades, he has grown from humble roots to become an extraordinarily successful business owner—and it all happened because of one ruined barn.

Libby was born and raised in an old house at the end of a dirt road in Aroostook County. On their 280-acre farm in Presque Isle, the Libby family grew potatoes and oats. It was there that Libby learned carpentry. Alongside his four brothers, Libby spent his high school years working for his father’s construction business. Immediately after graduating, he moved to “the tropics of southern Maine” to seek his fortune—bypassing the expected high-school- to-college route entirely. “I’m as unschooled as you’ll ever find on the face of the earth,” he says with a wry smile that betrays his good sense of humor.

For a while Libby worked odd construction jobs as a one-man company using the know-how he learned as a teenager. Even as a young man, Libby admired framing; he saw beauty in the underlying logic of a home, the structure that lies beneath all exterior flourishes. However, it wasn’t until he was called in to help salvage an old post-and-beam barn that he found his life’s calling.

“Very early into the job, I realized that we got there about two decades too late,” he recalls. The barn’s decay had brought it close to collapse, and there was nothing to do except take it down. In the process, Libby learned how it was built. It was, in his words, “an eye-opening experience—like reconstructing a dinosaur. It’s very intriguing.”

Standing in his workshop in Freeport, it’s easy to understand what he found so compelling about this type of construction. Early in our interview, Libby answers one of my questions—“how long can these buildings survive?”— with a simple command: Look up. High above us, 60-foot beams stretch the length of the building. “The roof over your head was built in 1826 in Portland,” he explains. “Have you ever been to the Children’s Museum on Free Street? That’s where this used to be.” Over the years, that building served many uses: theater, church, museum.

“These timbers have seen a lot of life,” I remark, staring at the weathered beams. “They have,” Libby agrees. “We saved them, too. They were going to be cut up into blocks for cribbing, but someone involved in the project called us in 1990. They told me I had to come look at it, and I said, ‘Oh, don’t touch it! We’ll find a home for it.’” Above us, the old king posts stretch straight up from their tie beams, which run horizontal to the floor, forming a simple split-triangle shape. For hundreds and hundreds of years, builders have used these forms to create wooden barns, houses, and churches. The Greeks may have loved their golden rectangle, but these triangular forms are just as noble. I say something to this effect aloud, and Libby laughs his easy laugh. “It’s just Pythagorean all the way,” he says. “He had a very good idea. It still works.”

Although timber-frame houses have long been part of the American architectural tradition, the style is experiencing a renaissance, thanks in part to builders like Libby. In the 1970s and 1980s, several schools sprung up to teach this old practice, which uses few large wooden beams and wooden pegs, rather than the smaller beams and nails used in conventional framing. Timber- frame structures can be found around the globe, from Japan, where temples are often constructed in this fashion, to Sweden, Norway, and Russia. Libby’s own research has taken him to Japan several times, and many of the tools in his warehouse have been imported from abroad. “It’s not necessarily the cheapest way to build,” he admits. “But if you want something that will last forever, and if you love what you are building, and you will love to live in it—then, timber frames make perfect sense.”

For Libby, it seems, that is what it comes down to: he loves these buildings, pure and simple. “Everybody loves a barn. Barns are honest,” he says. “They’re made of simple geometry. They’re pure in that they are what they are. There is nothing ostentatious about them.” In the course of our conversation, he uses many words to describe timber-frame houses and barns: pure, honest, beautiful, dinosaurs, rugged, healthy—often anthropomorphizing the structures. The way he speaks of barns reminds me of how many people speak of Maine. After hearing the stories of his visits to Japan (and his half-joking comments about the weather of Presque Isle), I ask Libby whether he has ever considered moving away from Maine and its harsh winters and formidable landscape.

“I don’t want to live anywhere but Maine,” he says without a pause. “I’m Maine through and through. I like the geography and the seasons. I like the snow. I like the people, too. Mainers know how to survive, which wipes out pretense. We’re independent.” He thinks for a moment as we flip through photos of his home on Matinicus, a place that he visits every time he has a spare weekend, winter or summer, rain or shine. It seems like Libby has visited every remote corner of Maine. He’s spent summers camping at Moosehead Lake, winters holed up in a cabin on the island, reading and enjoying the quiet. From the dirt roads of Presque Isle to the relative “tropics” of Freeport, he knows this state, its people, its history. How could he ever leave Maine? “Everything that is important to life is here,” he says. Honest, pure, and simple.