Snow is in His Veins 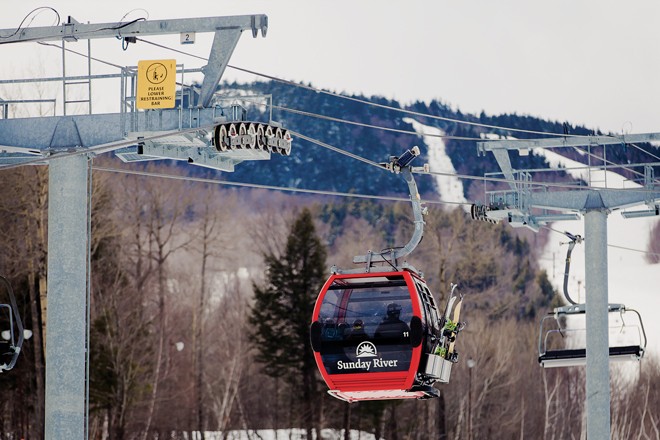 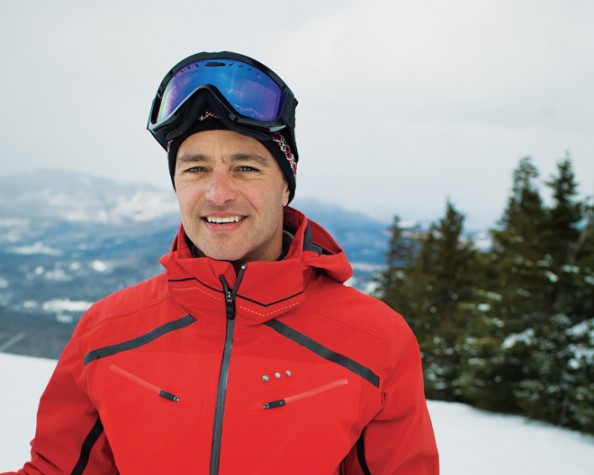 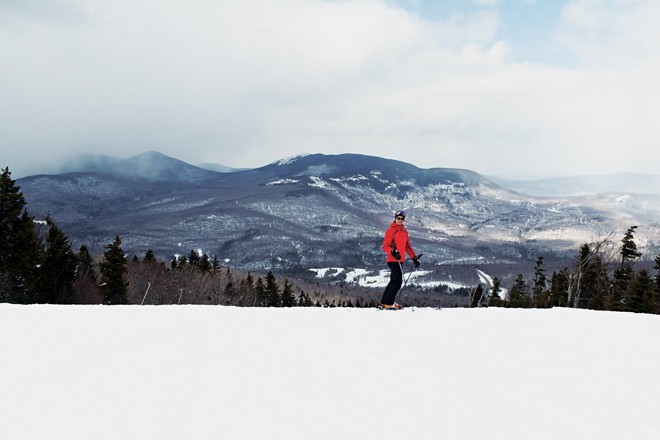 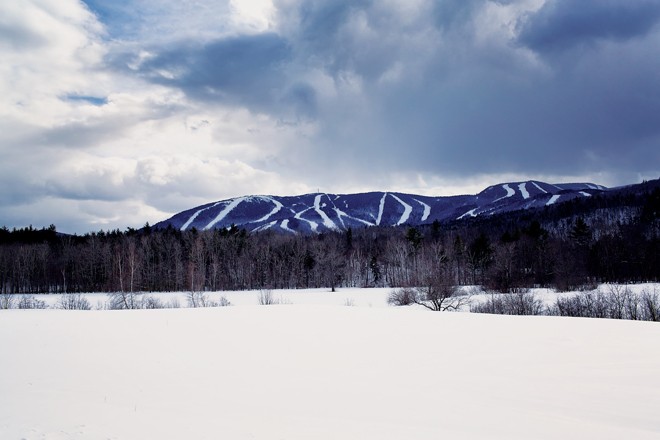 Trails mark the Sunday River range in late spring sunlight. Kircher’s Boyne Resorts is committed to defining each of the eight mountains in the range, differentiating them according to their special qualities.

Boyne Resorts’ Stephen Kircher: the man and the mountain

The parking lot is full as I pull into Sunday River’s South Ridge Lodge two days behind the vernal equinox. It’s been a terrific snow season in Maine and on this weekday, Sunday River has 127 of its 132 trails open, 15 new inches of snow in just the past three days with a base of more than 40. The mountain is humming in soft spring sunshine.

The Lodge’s Ski Suite has big windows looking squarely out at the slope where skiers schuss straight down to finish with a flourish three floors below us. But Stephen M. Kircher, president of Boyne Resorts’ eastern operations—which include not only Sunday River, but also Sugarloaf in Maine as well as resorts in New Hampshire, Michigan, Montana, and Tennessee—is focused on the people in the room, myself and a photographer, who have come to interview him for this magazine. A slender man with dark hair in his mid-late 40s who appears ten years younger, Kircher is casually dressed in dark blue skiwear and soft shoes, not at all the picture I had in my mind of a ski resort mogul in either appearance or demeanor. He seats himself in the center of a leather sectional and asks what he can do for us, expressing foremost his appreciation for our interest in Sunday River. Above all else, his essence is calmness. He sits comfortably, his hands still, his face relaxed, his gaze clearly on me as I begin to interview him. Before long, he’s thumbing through his phone to show me a picture of his 13-year-old daughter singing and performing a song she composed for a competition she recently won.

Family is important to Stephen Kircher—both his own and the one he grew up in. When his father, Everett Kircher, died at 85 in 2002, he was described by the New York Times as founder of “a ski empire” and by the Los Angeles Times as a man who made “ski resorts viable.” Everett Kircher not only introduced one of the first chairlifts ever built (in 1948 at Boyne Mountain in Michigan), but also pioneered the first triple and quad chairlifts and was instrumental in developing the six-person high-speed with Doppelmayr (a later version of which runs right outside our window, propelling skiers up to North Peak), radically changing the industry by significantly reducing lift lines. In addition, the elder Kircher introduced European and Austrian ski instruction methods by bringing Olympians Stein Eriksen and Othmar Schneider to lead his ski school at Boyne Mountain. He also innovated the practice of making artificial snow and grooming technology. His patented snow maker for marginal temperatures revolutionized snow conditions for several Winter Olympics. Today, Boyne Resorts is the second-largest owner and operator of ski resorts in the United States (behind only Vail Resorts) and has the longest-running management team, at nearly 65 years.

The sons of accomplished fathers often have a hard row to hoe, but Kircher appears to be a rarity, a son who not only followed in his father’s footsteps but learned to make tracks of his own. The company has grown almost threefold since the elder Kircher passed away. From the outset, it was understood the sons would take over Boyne Resorts. Kircher describes family meals as being “business meetings.” “But I was also lucky,” he goes on, “because I didn’t have to worry about what I was going to do after college. It allowed me to be focused.” Both literally and figuratively. “He always had his eye on the ball,” offers Corey Fish, Kircher’s friend since high school, who recalls that the first time he met Kircher was the summer before ninth grade when he was working at Boyne Mountain’s golf course operations and Kircher came off the last tee with his parents after shooting his first round in the 70s.

In college, first at Northwestern and then Michigan State (lettering in golf at both universities), Stephen Kircher majored in business and went on to earn an MBA at Boston College. He and his three siblings were raised in Northern Michigan near Boyne Mountain, his father’s initial resort. This is not the Michigan we see in the ruin of Detroit. This is the great pristine north country, right near the tip of the middle finger that is Michigan’s left-hand mitten: Hemingway country, cherry orchards and houses made of Petoskey stone, that beautiful round fossilized coral created by the glaciers. Kircher and his wife and three children still live there today, on Walloon Lake, 4,000 acres of clear glacial water in Boyne Falls, a town of less than 400. This is where he grew up. This is where he and Fish swam and played golf. This is who he is.

Stephen Kircher describes his ideal best day as being with his family looking out over Walloon Lake, or sailing there. He seems to understand the need for balance between the rigors of his corporate life and “hanging out” at home. “Seems to make me sane,” he says. But he goes on to say that while he loves the interaction with the resort teams, he enjoys as well “contemplating strategy and grinding away at spreadsheets. A bit of yin and yang in both scenarios.”

Whenever he talks about Boyne Resorts, Stephen Kircher says “we.” That’s an important distinction for a manager to make. When I ask him if there’s anything he’d especially like us to know, he thinks for a moment. “Sunday River,” he says quietly, “is not about me. It’s important for Sunday River to be itself. It’s not a mountain, it’s a mountain range—eight mountains—and we are committed to defining those mountains, those zones, and differentiating them according to their special qualities.” He pauses again. “I made a deliberate choice of BC for my graduate degree,” he tells me. “I wanted to know about the East Coast, about what made it tick. Even then, 20 years ago, I thought we might be able to do business here someday.” He smiles and gestures then out the window to the skiers, the lifts running along either side of the run, the Chondola revving up. “And here we are.”

Someone comes in just then, ruddy-faced from skiing, and exclaims, “Hero snow out there!”