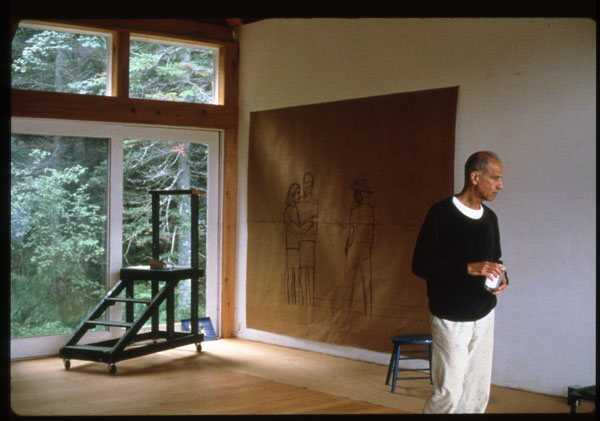 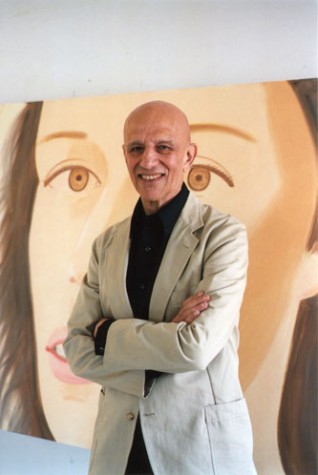 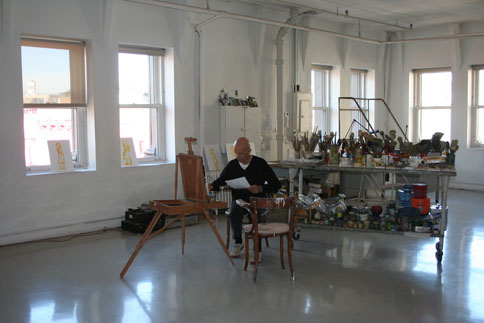 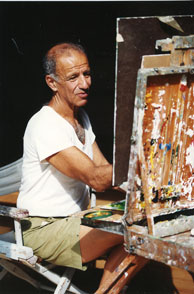 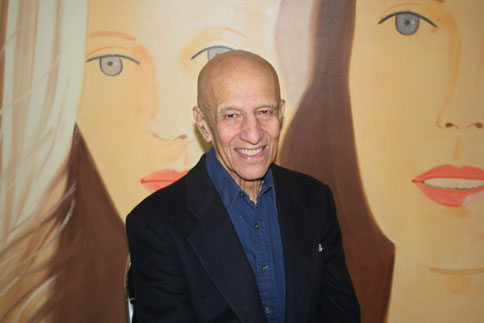 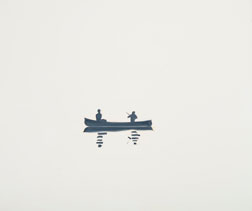 Artist Alex Katz does not think of himself as a collector. “No, I throw things out,” he says. But over the past six years, he has significantly enhanced the collections of several art institutions in Maine with gifts from his private foundation. At the Farnsworth Art Museum in Rockland, the Alex Katz Foundation has donated more than forty works of art since 2004, including important pieces by Francesco Clemente, Rackstraw Downes, Jennifer Bartlett, Julian Opie, Stephen Pace, Philip Pearlstein, Rudy Burckhardt, and other acclaimed artists. If you add the major gifts he has made to the Colby College Museum of Art in Waterville—over 400 of his own works and 129 by other artists—it soon becomes clear that Katz is one of the most generous patrons of art in Maine.

In recognition of his role as a munificent donor whose gifts are broadening the range of art available in Maine, and in honor of his own substantial contribution to contemporary painting, the Farnsworth selected Katz to be the recipient of its 2010 Maine in America award. “His remarkable body of work exemplifies the museum’s mission in celebration of Maine’s role in American art,” says Richard Aroneau, president of the museum’s board of trustees. “Moreover, Alex’s generosity as donor, mentor, and patron of the arts has immeasurably enriched the cultural life of our state.”

In conjunction with the award ceremony and a gala dinner to be held in late June, an exhibition of Katz’s recent work will be on view at the museum this summer. The show, Alex Katz: Recent Work, will feature approximately two dozen new paintings, including “a room of water lilies,” Katz says, referring to a group of paintings depicting water lilies in the pond near his summer home in Lincolnville.

Since the late 1950s, Katz and his wife and muse, Ada, have spent every summer at “the Yellow House”—a 200-year-old farmhouse that the artist painted a distinctive shade of yellow. Katz’s own association with Maine began several years earlier, when he attended the Skowhegan School of Painting and Sculpture in the summer of 1949, following his graduation from the Cooper Union in New York. It was at Skowhegan, he said, “that I tried plein air painting and found my subject matter and a reason to devote my life to painting. The sensation of painting from the back of my head was a high that I followed until the present.”

Originally, the Yellow House’s attached stable served as the artist’s studio, but today he works in an airy, newly constructed structure situated a short walk away through the woods. Having painted on-site for over fifty years, Katz has employed nearly every aspect of the property as a subject for his art—the surrounding fields, trees, and flowers, the house, the pond, the swimming raft and dock, the artist’s canoe, and even a wooden picnic table have inspired the artist’s distinctive, critically praised paintings.

“The idea is always the vision thing,” Katz says, “I’m trying to show people how I see. I have an idea and then it becomes very empirical. I don’t think about it twice.” Katz calls himself an “image maker,” and his paintings are instantly recognizable and memorable—in a fashion reminiscent of one of his favorite works of art, the bust of Nefertiti made by the ancient Egyptian sculptor Tuthmose. Katz grew up with a copy of this sculpture in his house in Queens. “I was always looking at it,” he says. The sculpture of the Egyptian queen is elegant, classic, and confident—qualities that readily apply to Katz’s art.

“Alex Katz has been one of America’s most significant and productive artists over the past half-century,” says Farnsworth chief curator, Michael Komanecky, who is organizing this summer’s exhibition. “His recent work, informed and inspired by his long-standing affection for the area around his midcoast home and studio, demonstrates an ever more sophisticated and sensitive approach to landscape and the figure, the two subjects on which he has focused for most of his career.”
Katz has long investigated the visual effects produced by different types of light in his paintings. Last spring at PaceWildenstein, the renowned gallery in New York City that represents

Katz, his exhibition, Fifteen Minutes, featured twelve landscape paintings captured at twilight and sunset. “For some of the twilight paintings,” he recalls, “I remember sitting all day waiting for that interval around 8:45 p.m. I’d put down the coffee and paint for just those fifteen minutes. Later I’d try to figure out what I’d done, and on that basis do another and a third and a fourth.”

Lately Katz has been working with “a very frontal light” that “obliterates most detail.” This is readily evident in the painting Sharon and Vivien, which will be included in the Farnsworth show. A large horizontal canvas, the painting portrays two women’s heads viewed straight on against a deep golden-yellow background—a color the artist first began working with a year ago. “The yellow color originally derived from the field before the water,” he said recently. “The field was this warm yellow and the pond a cool blue.”

The artist’s evident fascination with depicting the optical qualities of light is also apparent in his new water-lily paintings, collectively titled Homage to Monet. In these paintings, the dark silhouettes of trees along the shore are reflected on the water’s flat surface, on which golden spangles of lily pads are scattered like gold coins or dollops of sunlight. Natural light in Maine, the artist once explained, “is richer and darker than the light in Impressionist paintings; it helped me separate myself from European painting and find my own eyes.”

“Whatever the historic aspects that underlie Katz’s recent work, what stands out about it is that it is simultaneously beautiful and subtly powerful,” says Komanecky. “The increasing international recognition he has attained in recent years is but one confirmation of his contribution to the history of American art.”

At age 83, the trim, athletic Katz is as energetic as ever. In fact, this past year has been one of his busiest in recent memory. He has had shows in Germany, Italy, and Finland, and at the Parrish Museum on Long Island. Coming up are shows at the National Portrait Gallery in London and a print retrospective at the Albertina Museum in Vienna. But come June, he will return to Maine—as he has done for sixty years—to paint.

The 2010 Maine in America Summer Gala honoring Alex Katz will be held at the Farnsworth Art Museum in Rockland on Saturday, June 26, at 6 p.m. To reserve tickets, contact [email protected]