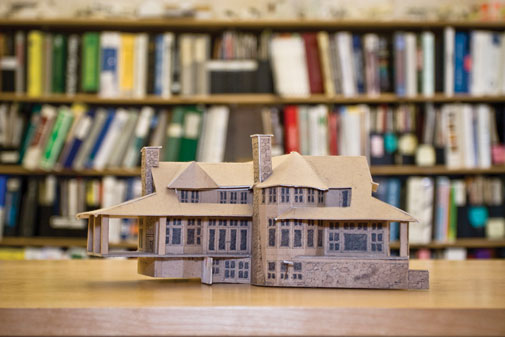 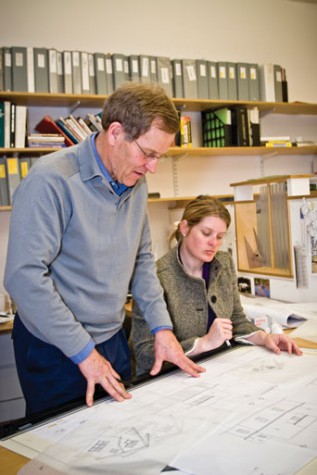 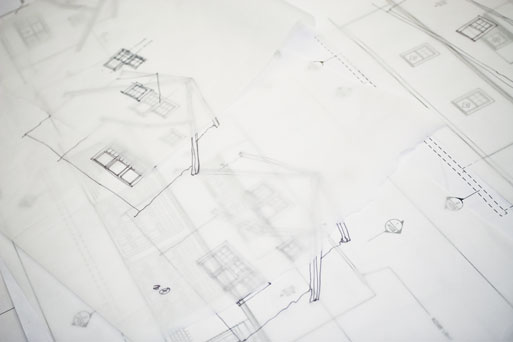 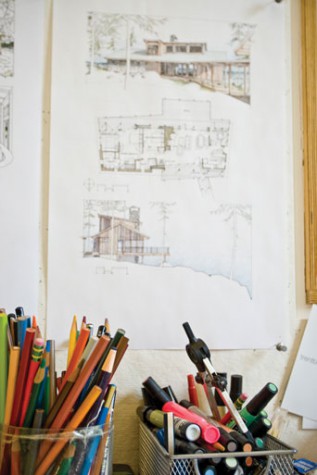 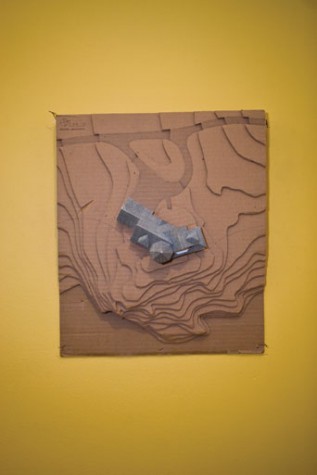 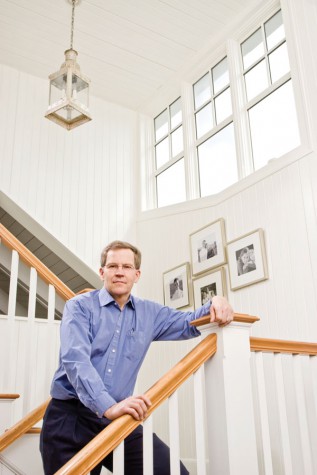 In the second grade, while his classmates were sketching stick figures and coloring pictures, Rob Whitten was drawing the world exactly as he saw it—three dimensionally. From an early age, he had a passion for building things and a gift for putting his surroundings in perspective on paper. While his childhood peers were impressed by his talent for rendering life in three dimensions, the young Whitten didn’t quite understand what the fuss was about. “Well, isn’t that what the world is?” he would wonder innocently.

Years later, Whitten experienced that milestone moment the luckiest among us have when we pinpoint our passion and decide wholeheartedly to pursue it. “This is what I really want to do and I’m willing to work really hard to do it,” he recalls saying to himself during his first year of college. It turned out to be a prelude to yet another milestone that came later, when experience and time validated the 60-year-old architect’s decision. “I am fortunate—this is what I should be doing,” he says above the sound of seagulls one spring afternoon as he looks out over the cobblestone streets of Portland’s Old Port from his office inside the Whitten Architects studio.

Whitten started his firm in 1986, ten years after he and his wife purchased a condemned house on Munjoy Hill that they gradually restored over the years. “Portland just has good bones,” he says. “It has these wonderful brick, granite, and cast-iron buildings, a good city fabric, and a real distinct sense of place with its own identity.” It is this very love for and understanding of the architecture and landscape of Maine that informs his designs. Although he is a native of Massachusetts, Whitten’s Maine roots run deep. In the early 1900s, his grandparents pitched a tent in a field on Boothbay Harbor and stayed, building the house where Whitten would later spend his summers and, even later, near where he would find himself designing homes for clients.

Since its start more than twenty years ago, Whitten Architects has been no stranger to evolution and dramatic shifts in direction. Whitten has shaped and reshaped his firm’s mission as the tides of demand turned and his personal interests changed. During its early years, roughly one-third of the firm’s work was commercial and two-thirds residential. Following a downturn in the commercial market during the early 1990s, however, Whitten shifted gears to pursue residential work almost exclusively. “It was a fickle market and it seemed that commercial projects were more about time and money, and less about service and quality,” he explains. Following Whitten’s instincts, the firm embraced a new mission: create lifelong homes for clients.

Even more recently, Whitten has tweaked the firm’s focus yet again—this time to houses of a more sustainable size. “Three or four years ago, we decided we would rather design three homes in the 2,000- to 3,000-square-foot range than one big home in the 5,000- to 6,000-square-foot range,” he says. Unafraid of reinvention, Whitten believes smaller homes require more carefully designed spaces. “A smaller house is actually harder to design. It’s like a well-tailored suit; anything that’s not properly considered and fitted looks out of place,” he says.

One of the smaller homes that Whitten Architects is working on is a 1,450-square-foot, four-season retreat in Roque Bluffs. The house is designed to have a minimal impact on vegetation, tree cover, and natural drainage patterns. With its new emphasis on smaller homes came a client base more interested in eco-friendly design as well. “From our perspective, good design is always sustainable,” says Whitten, who has long been an advocate of environmentally conscious, regionally appropriate architecture even before green design came into vogue. “We’ve been U.S. Green Building Council members for four years, but now we have to be more proactive about telling people about it,” he says. The firm recently designed a project in New Hampshire that they expect will receive gold certification through the Council’s Leadership in Energy and Environmental Design Green Building Rating System.

Whether he is working on a residential or commercial project, a large or small home, Whitten believes that practicing architecture in Maine has a unique allure. “There’s a wonderful tradition of craftsmanship here and the work ethic is good. You don’t have to create an elaborate checks-and-balances system because there is a workforce here that wants to do things right,” he says. Whitten believes the state’s strong work ethic is derived from the region’s unforgiving climate, and from the interesting heritage of indigenous building types and materials and abundant natural resources. “Those bricks probably came out of a local river and were fired with local wood,” he says, pointing out the window to the building across the street. “There are a lot of lessons to learn from the Maine landscape and the housing stock that’s here,” he says.

In a computer-dependant world, Whitten is one of the few remaining architects who still prefers to draft his designs by hand. “It’s low-tech—just give me a flat surface and an implement, and I can think, I can draw, I can design,” he says. Drawing goes beyond Whitten’s livelihood, though; it’s a practice that connects him with his surroundings. “Drawing just sort of transcends. It makes you look at the visual world very differently,” he explains. “It sharpens your game because you’re always observing.” Whitten’s strong observation skills have also helped him develop a keen eye for business and make the kind of course-changing decisions that have brought his firm success and acclaim over the years.

As the sound of the gulls outside grows louder, Whitten turns his gaze toward the window again, admiring the thoughtfully designed brick buildings and cobblestone streets of his city—a city that, like all great cities, began as simple marks on paper.