The Evocative Beauty of Cushing 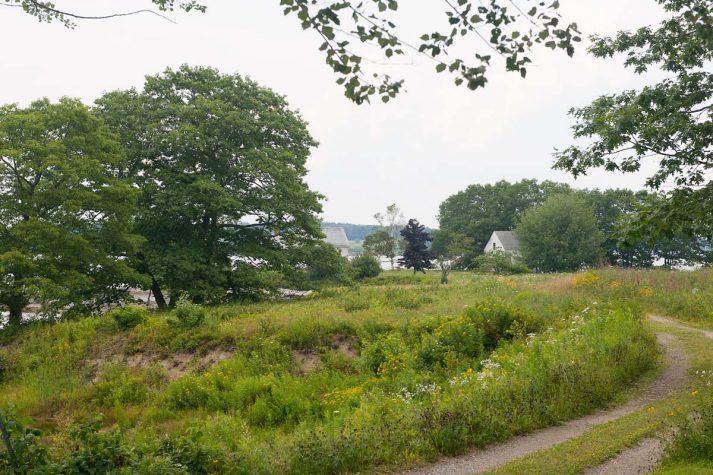 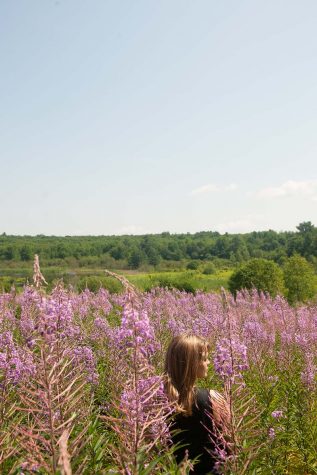 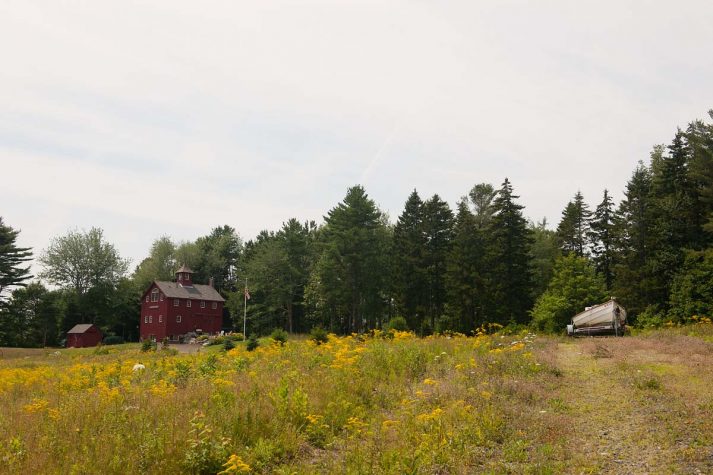 A homestead near where Pleasant Point Road runs into River Road and Cushing’s town center. Maine home in Cushing 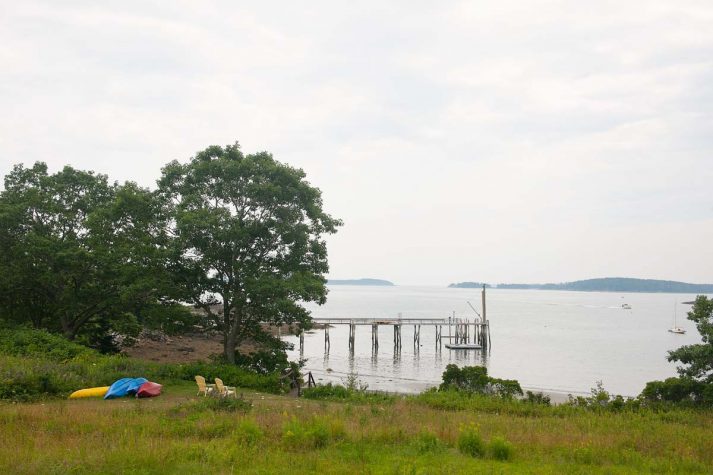 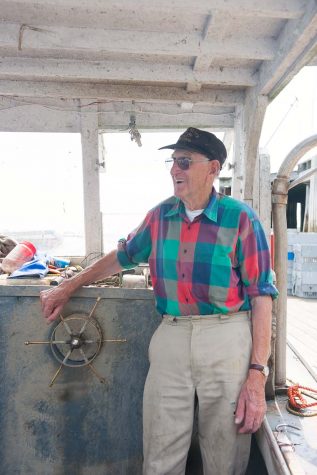 John Olson, nephew of the Christina Olson depicted in many of Wyeth’s Cushing paintings, has lived on Hathorne Point all his life. He fishes from a wharf a stone’s throw from his front door. 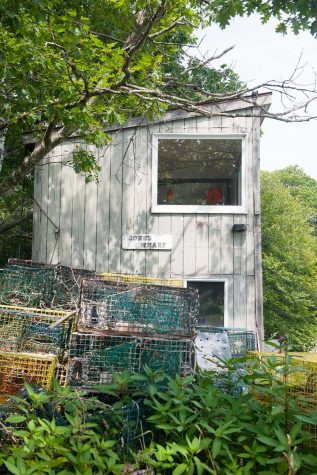 John Olson’s perch at the tip of Hathorne Point. 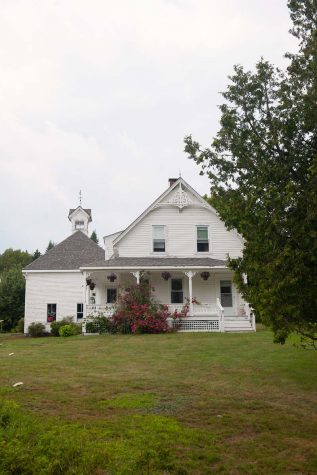 A midcoast community where people find common ground in their love for the land: Cushing, Maine

If you’re familiar with the paintings that Andrew Wyeth made of Cushing, it’s difficult to visit this place without seeing it a little bit like he did. Wyeth’s works capture the landscape stripped down to its most basic and energetic: meadows of wind-blown grass, waves flashing silver, shadows dancing in the pines. His landscapes and portraits are altogether empty of sailboats, buoys, and even the color blue, and yet somehow they are not far off from the real-life experience of this coastal Maine town.

In Cushing you’ll find open fields haunted by the odd oak tree, but you’ll also find forests. Lots of people fish here, but there are far more interesting details to consider than buoys. And yes, people sail in Muscongus Bay, but because it is known for its difficult cruising waters—rife with rocks and inflowing rivers—most sailors continue east to Penobscot Bay and beyond, leaving behind a community of several hundred fishermen, craftspeople, retirees, writers, artists, and summer folk who share a common love of the land in all its muddy green and golden yellow earth tones.

Shirley and Doug Stenberg moved to Cushing in 1991. They fell in love with the area for the beauty of its landscape and, later, for the people and rich heritage in evidence all around them. “Here, you’re walking through history,” says Shirley. She’s referring to everything from the thousand- year-old oyster shell middens left on the banks near her home to relics from the 1605 expedition of Penobscot Bay by the British captain George Weymouth—one of the earliest European expeditions to the Maine coast—to the old colonial homes lining the rural roads. In the nineteenth century, Cushing was home to an ice business, gristmills, a cannery, and several small stores and post offices spread out across the villages of North Cushing, Cushing, South Cushing, and Pleasant Point. But industry never really took off here, and throughout the years the town has remained essentially rural. Today Cushing’s commercial center consists of a single store: the old Fales General Store now known as Broad Cove Market, where residents go for gas and to pick up basic provisions when they want to avoid a trip to Thomaston (about 10 minutes away) or Rockland (about 20) or just to check out the specials board and catch up with neighbors. Down the road from the store is a modest white building that houses the volunteer-run library and Cushing’s town hall, and across the street is the Cushing Community School, which runs through fourth grade. Here students benefit from small class sizes, exceedingly caring teachers, and exposure to exceptional natural resources.

There is also the ubiquitous influence of the many artists who call this place home, including greats like Bernard Langlais, whose homestead on River Road, which is adorned with several of his larger-than-life wooden sculptures, will be open to the public in the fall of 2017 through a collaboration between the Georges River Land Trust and the Colby College Museum of Art. Up-and-coming artists and students are supported through programming like the Cushing Historical Society’s Arts in the Barn, a summerlong series of arts events including art shows, concerts, classes, and readings by local writers. The program is run by new Cushing resident Karen Murphy, who was looking to become more involved with the quiet community when she moved to Maine four years ago. “My husband and I thought we’d retire to Florida, South Carolina, North Carolina,” she says. “Then we came here and it’s just so beautiful. We looked at each other and thought, ‘Yes, this is it.’”

Like so many unspoiled coastal communities with a natural resource- based economy, Cushing is imbued with a sense of timelessness and old- school work ethic. One imagines it was these qualities, in part, that Wyeth was responding to in his repeated depictions of his neighbors, the Olson family, and their 14-room eighteenth-century colonial on Hathorne Point Road. The Olson House, which welcomes visitors from around the world, is now owned and operated as a museum by the Rockland- based Farnsworth Art Museum, which has an extensive collection of art by the Wyeths, including Andrew’s father, N.C. Wyeth, and son, Jamie.

John Olson, nephew of Christina Olson, pictured in the famous Christina’s World, was the last in his family born in the family house, and he still lives just down the road, at Burton Point. At 91, Olson has been fishing more or less since his father took him clamming as a small boy. Until four years ago, he cut all his own wood for the wood-fired boiler he uses to heat his home. What is there to know about Cushing? “Not much,” he says with a laugh. “I guess people like the lifestyle.” His own lifestyle, he says looks something like this: He wakes up early in the morning, walks a few yards to the water, and, with the help of two sternmen, hauls 500 traps in Muscongus Bay. Then he takes care of household chores, including tending to the horse and cow that roam his yard, and, most nights, heads to a diner in Waldoboro for dinner.

The patterns of Shirley and Doug Stenberg’s days are quite different from Olson’s, but they are also of their own design. People here build their lives from the ground up, inspired by their own curiosity and basic needs rather than popular culture and outside influence. Since retirement, Doug has devoted himself to musical arranging, Shirley to the study of New England history and visual art and her volunteer duties as a docent at the Farnsworth Art Museum. “Art makes you grow. It takes you out of yourself,” says Shirley. “If you understand what someone is saying through art, you never forget it.” Such is the case with Andrew Wyeth’s visual articulation of Cushing. Wyeth said, “Art, to me, is seeing.” If that’s the case, this is a place—an evocative, inspiring landscape—worth taking a good long look at. 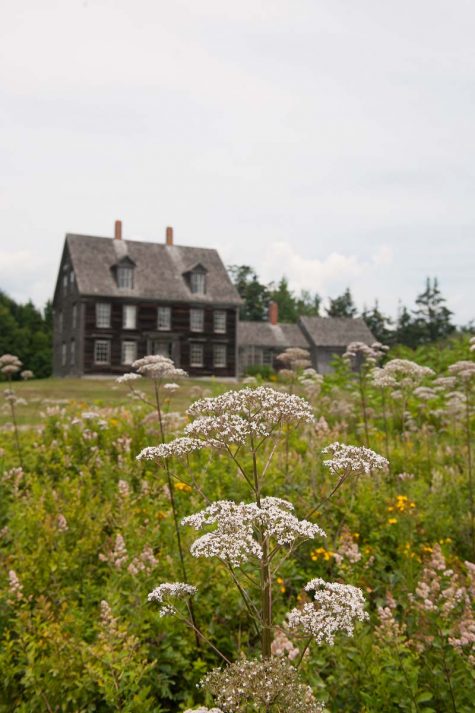 A look back at the Olson House made famous by Andrew Wyeth and now run by the Farnsworth Art Museum based, in Rockland. 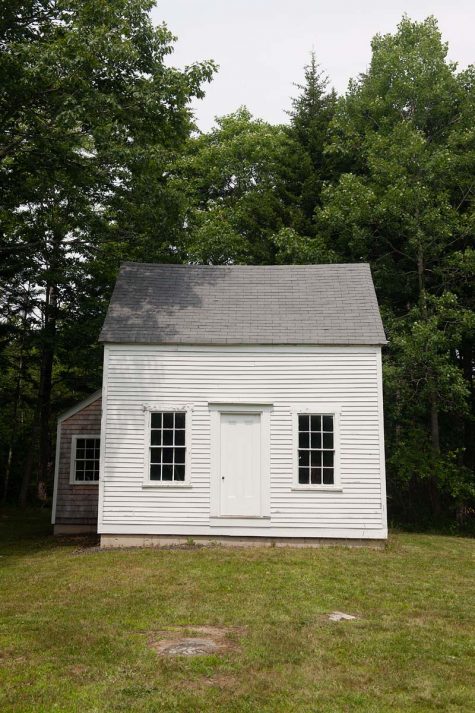 An older home typical of those you’ll find along the winding roads of Cushing. Home in Cushing, Maine 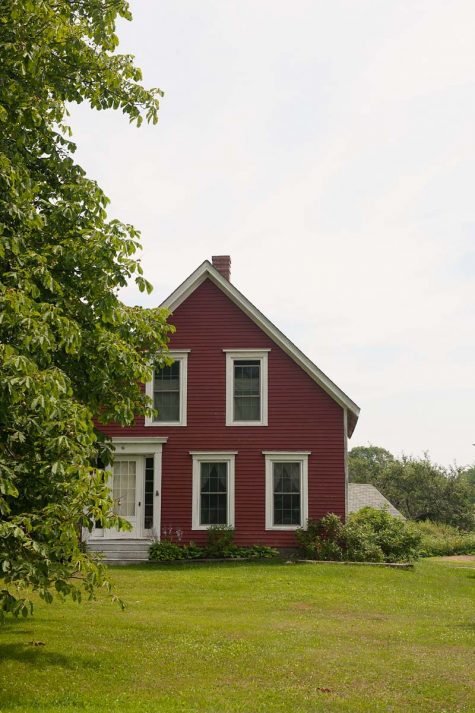