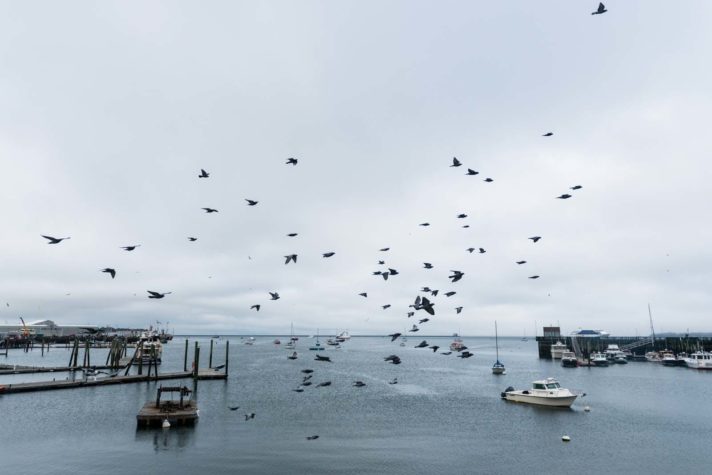 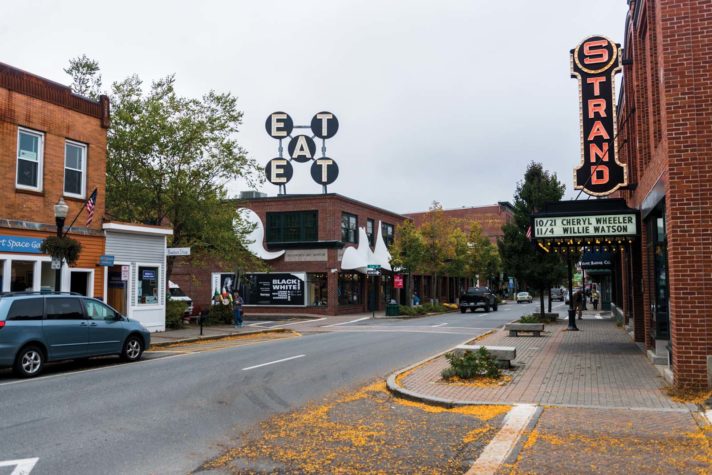 Iconic signs on either side of Rockland’s Main Street offer evidence that the city is the cultural hub of the midcoast. Artist Robert Indiana’s The Electric EAT was originally commissioned for the 1964 New York World’s Fair and was installed on the roof of Farnsworth Art Museum in 2009. The Strand Theatre presents film, music, and theater. 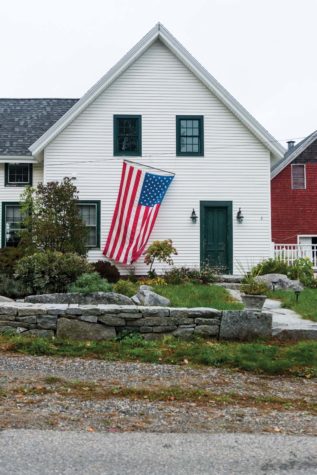 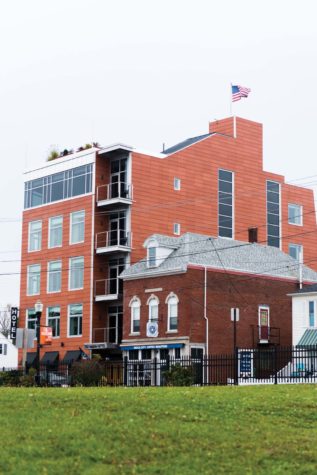 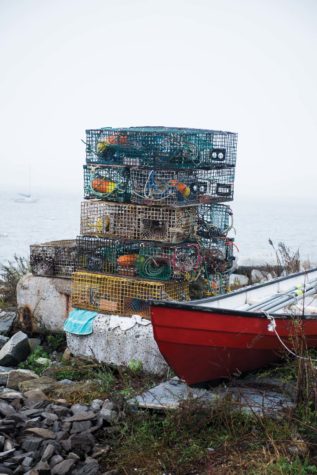 Lobster traps and a dory are signs of a prominent local industry.

Artists, fishermen, and a steady stream of visitors keep this midcoast city buzzing

In Rockland’s broad harbor, protected from Penobscot Bay by a granite breakwater nearly a mile long, Maine’s largest schooner fleet shares space with fishing boats, pleasure craft, and ferries that service the islands of North Haven, Vinalhaven, and Matinicus. Just a few blocks away from the water, the campus of the Farnsworth Art Museum includes the Wyeth Center, which is devoted to the work of three generations of the famous Wyeth family of Maine artists. Nearby, the Center for Maine Contemporary Art made a major impact on the city when it relocated here from its original home in Rockport in the summer of 2016. Its striking new building, designed by New York–based architect Toshiko Mori, a North Haven summer resident, became an instant landmark and community hub.

“It’s not just this quaint little place; we’re global,” says artist Eric Hopkins, who lives and works on North Haven, where he grew up. “Rockland was always connected with the world through the granite industry, boatbuilding, and fishing. The lime that holds a lot of the East Coast together was shipped from here—it became the mortar between the bricks in Boston, Philadelphia, and New York City.” Today, the world comes to Rockland via car, train, cruise ship, and the Knox County Regional Airport, where regular flights connect to Boston.

From middle school through high school, Hopkins lived in Rockland during the academic year, and today he still shuttles between his island home and the city, where he has a gallery near the waterfront. When he was a boy, it wasn’t unusual for him to encounter well-known artists such as “Blackie” (Bernard) Langlais and Andrew Wyeth. He also recalls seeing the work of sculptor Louise Nevelson, whose father emigrated from Ukraine and founded a successful lumber business in Rockland. “I was a little kid waiting in the old Thorndike Hotel for the North Haven ferry boat, and I remember looking at these black boxes that looked like they were filled with old junk—it was Louise Nevelson’s work,” says Hopkins. “I didn’t know exactly what it was, but I could tell it was important and significant.”

Rockland’s city seal features a beehive—an apt image, Hopkins says, because “it’s a real creative, working town.” In Rockland’s compact downtown, he finds friendly faces at local institutions such as Huston-Tuttle, Rock City Cafe, and E.L. Spear Inc. Lumber and Hardware. “One of the big things about Rockland and the area is the people—they make it what it is,” says Hopkins. “It’s an e pluribus unum town—out of many there is one.” 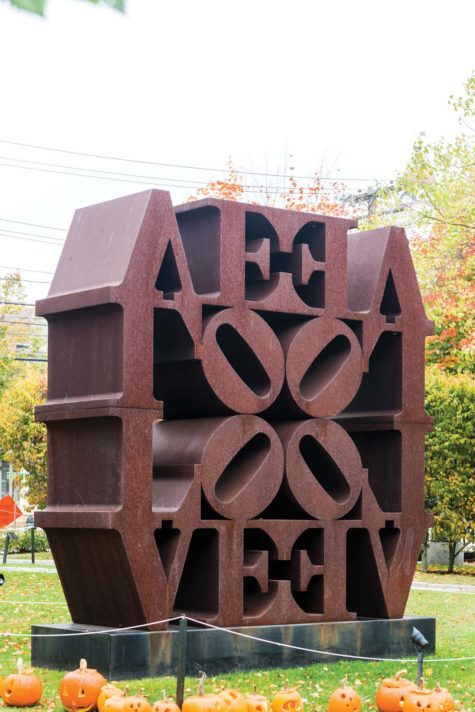 A Robert Indiana LOVE sculpture outside the Farnsworth Art Museum. 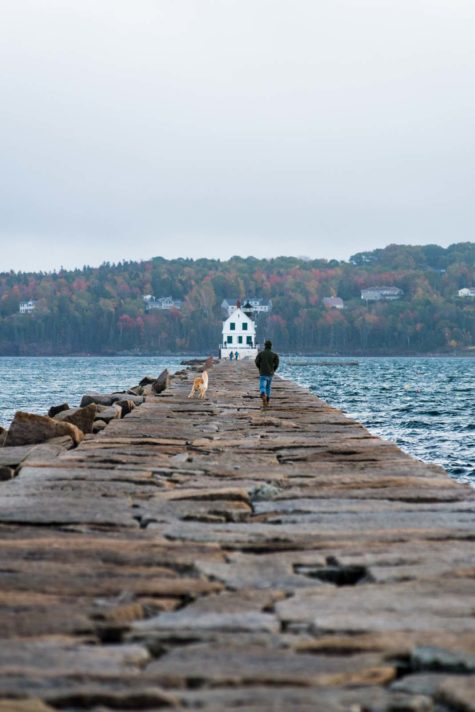 View of the Breakwater Lighthouse in Rockland.