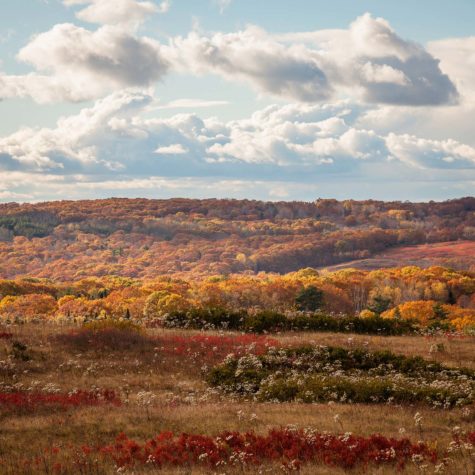 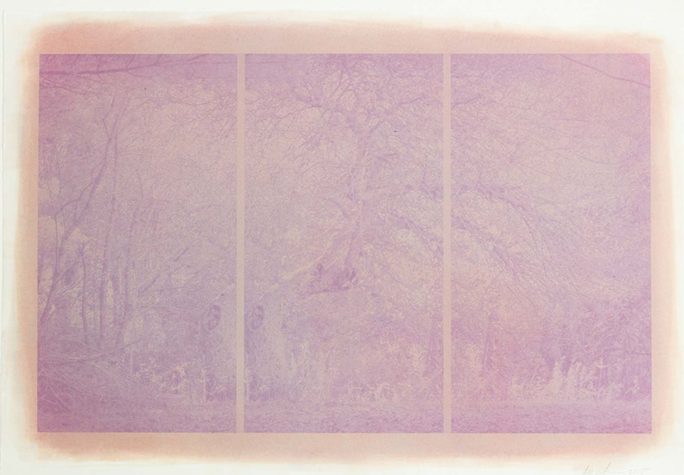 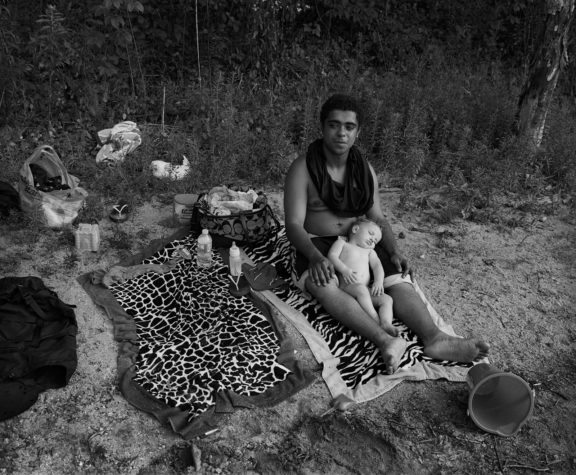 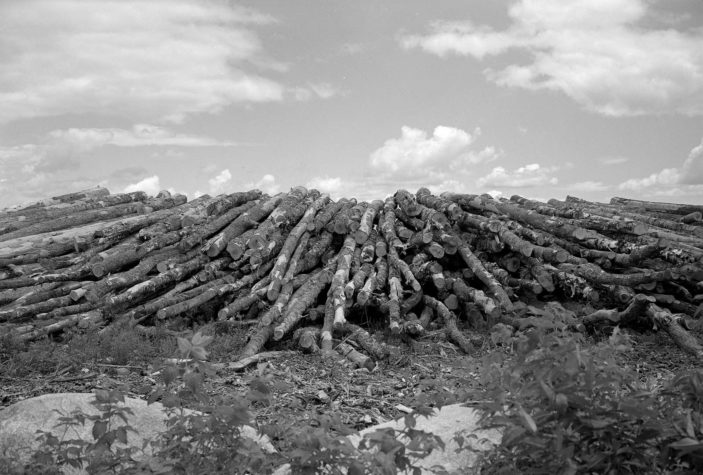 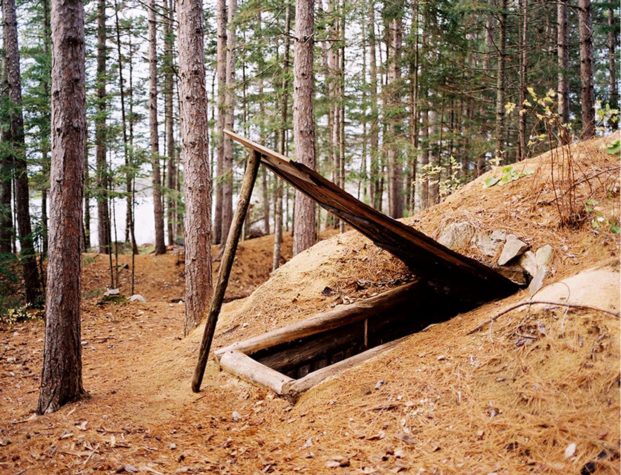 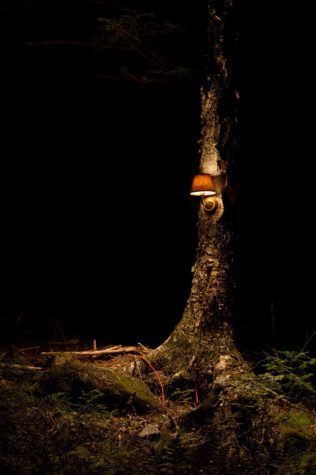 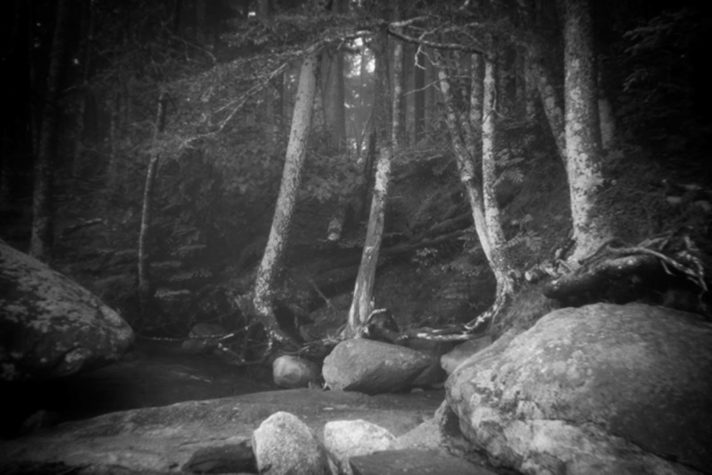 In 1845 Henry David Thoreau turned his back on civilization, retreating to a small house on Walden Pond in Massachusetts for the next two years, where he would practice self-reliance and independence from society. Although he’s perhaps best known for Walden, the book resulting from his experiments in simple living, Thoreau also made several trips to Piscataquis County in northern Maine, leading him to compile The Maine Woods based on articles he had written about the region. During one of these excursions, Thoreau mused, “What is it to be admitted to a museum, to see a myriad of particular things, compared with being shown some star’s surface, some hard matter in its home!” More than a century and a half later, a group of Mainers would petition the government to designate the neighboring landscape, Katahdin Woods and Waters, as a national monument.

We Might Climb a Tree, at Least, a new exhibition at Portland’s Maine Museum of Photographic Arts, offers an homage to the transcendentalist writer on the bicentennial of his birth, as well as to the conservation movement that he inspired. New England–based artists showcase glimpses of a raw, unbounded natural world and question human relationships with wilderness. One image, shot by Gary Green, frames a sign stating “National Park No” in the midst of overgrown grass on the side of a road; Ethan Hayes-Chute’s Beacons series sets lamps in mossy forests, gesturing toward the inescapability of human influence on nature and its corresponding impact on our cultural identity.

“Thoreau draws attention to the stewardship of our wilderness,” says Denise Froehlich, the director of the Maine Museum of Photographic Arts. “Future generations must be able to walk around the ‘great wild’ and find inspiration.”

Running from November 2 to January 27, the exhibition features a selection of photographs and includes a reissue of Thoreau’s Walking, released through a collaboration with the University of Southern Maine and Tilbury House Publishers. The show will also include a corresponding book signing and artist panel. Artists include Keliy Anderson-Staley, Ethan Hayes-Chute, Gail Skudera, S.B. Walker, Sarah Szwajkos, Dan Mills, Elizabeth Greenberg, Gary Green, Johanna Moore, and D.M. Witman. On these pages, Maine Home+Design offers a preview of the exhibition. 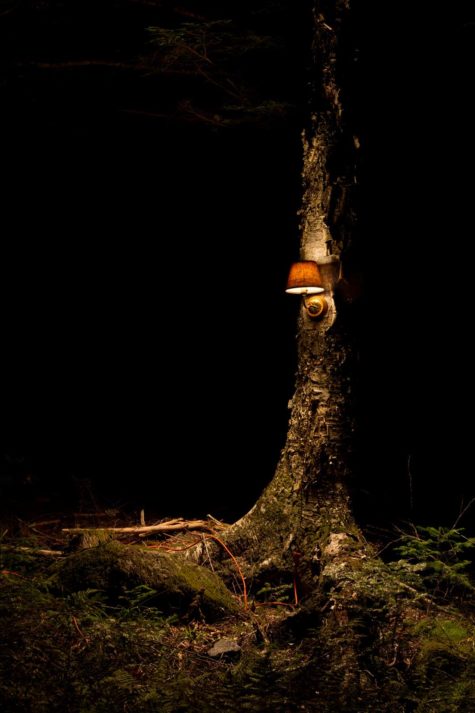