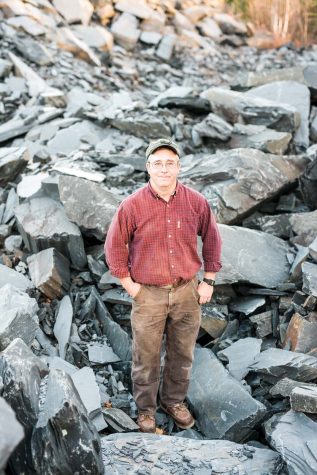 John Tatko III stands on a pile of slate rip rap—waste stone that has been dug to get at the usable slate—in Sheldon Slate’s quarry in Monson. “Dig a lot, get a little,” he says. 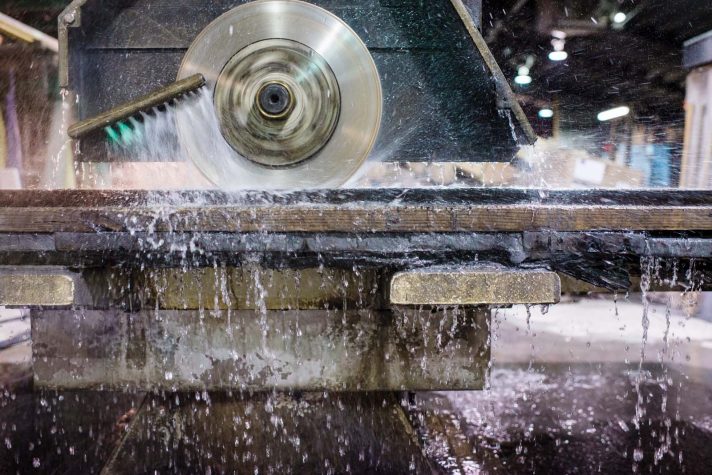 Sheldon Slate uses a CNC (computer numerical control) diamond bridge saw for the majority of its stone cutting and milling. 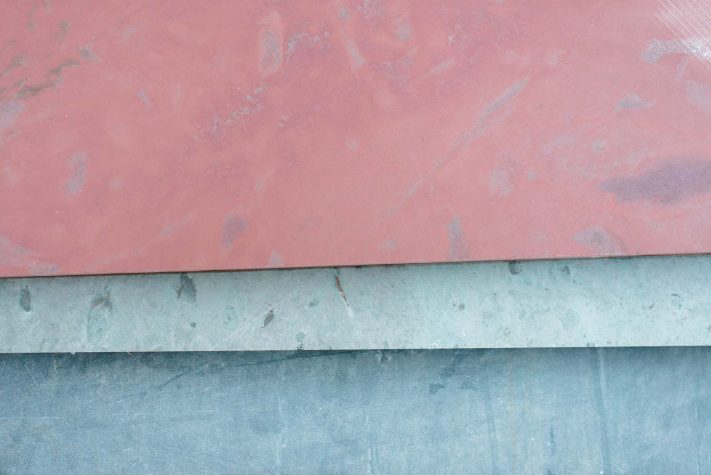 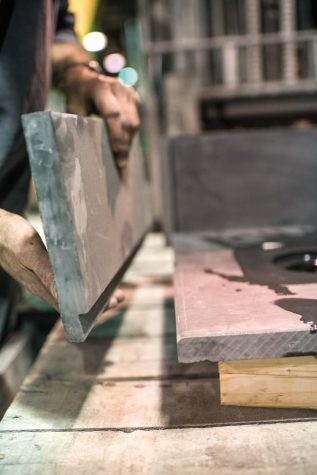 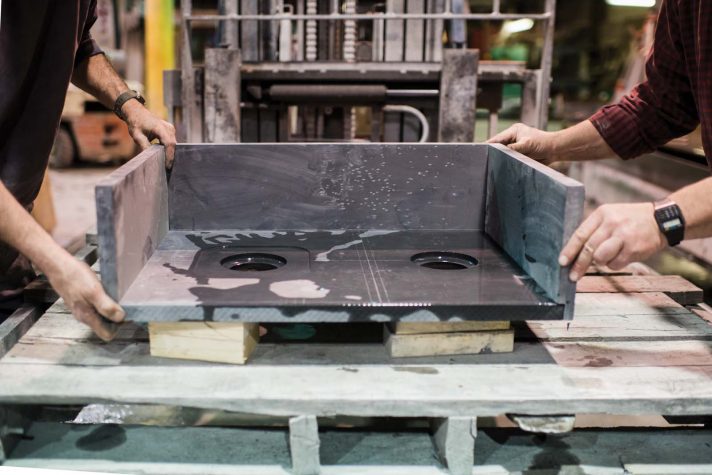 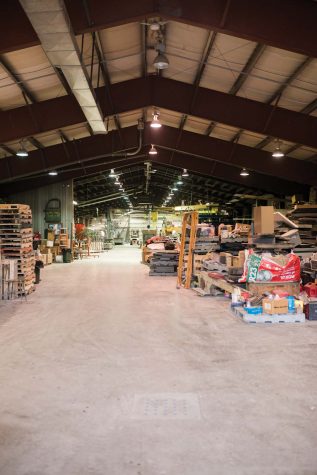 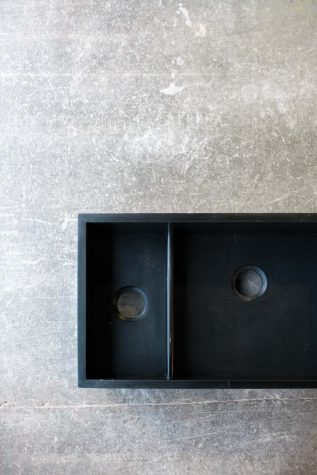 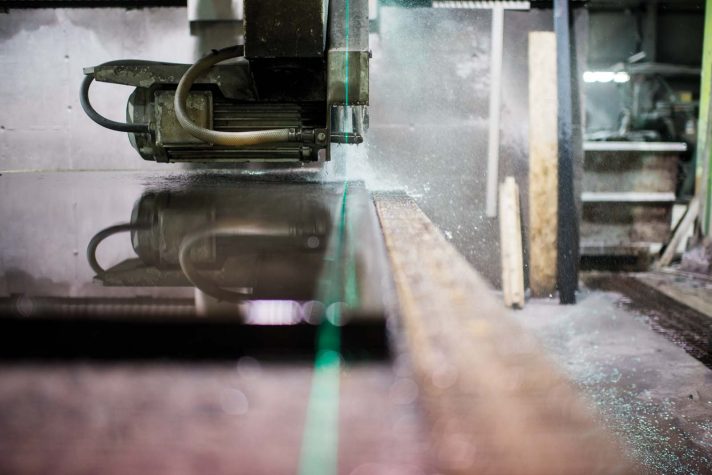 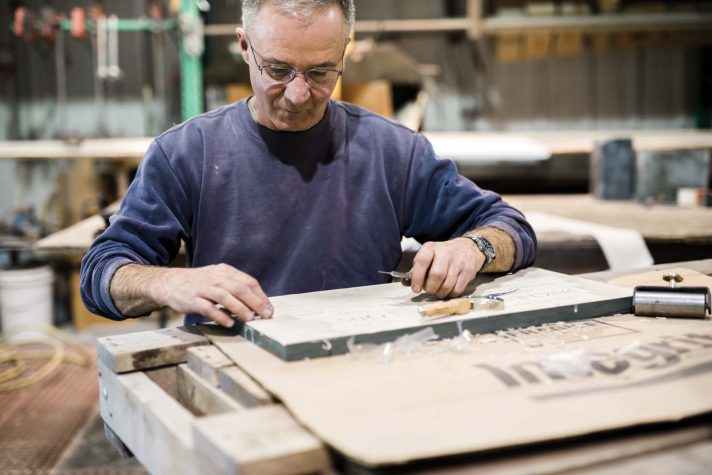 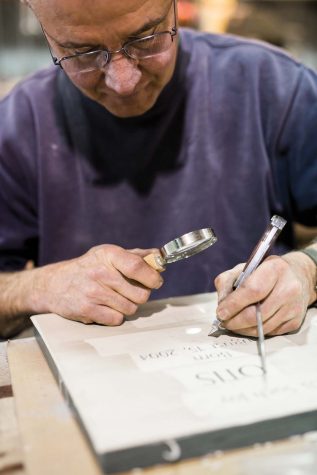 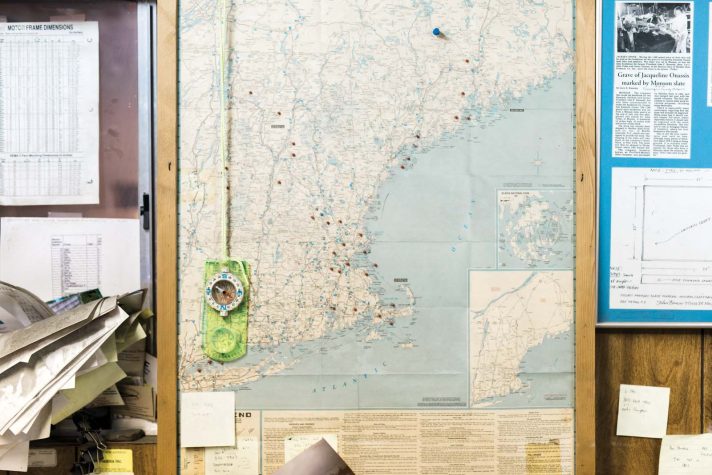 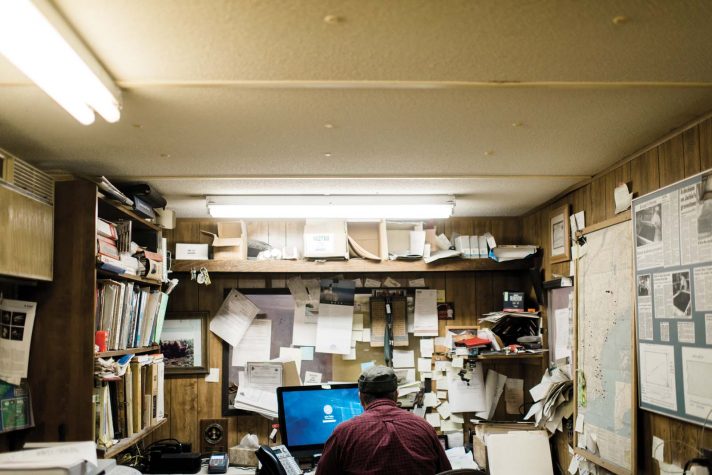 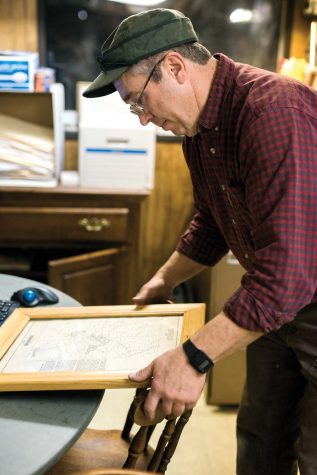 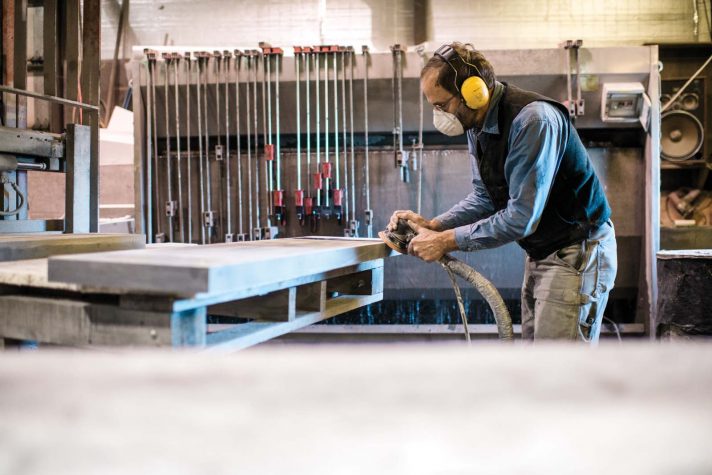 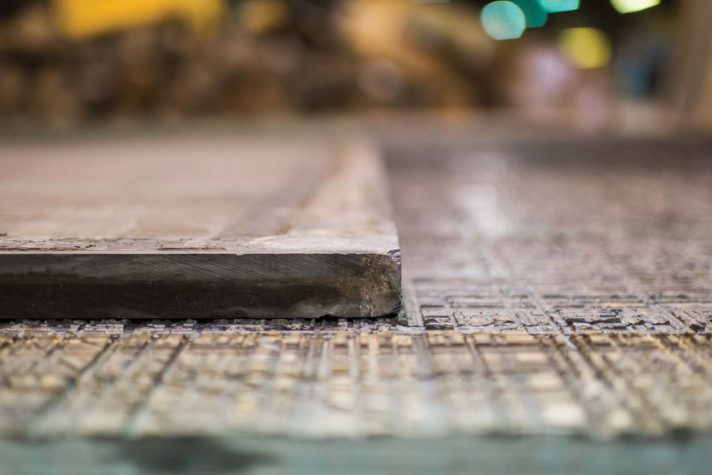 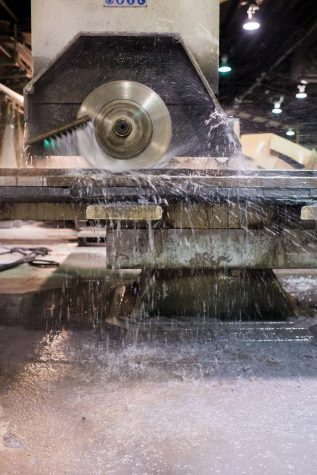 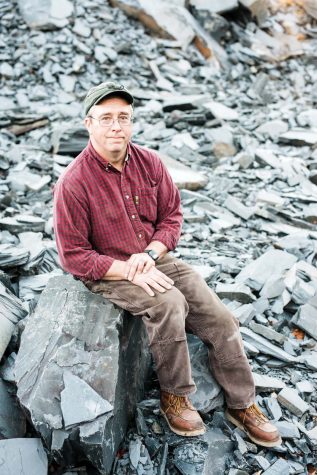 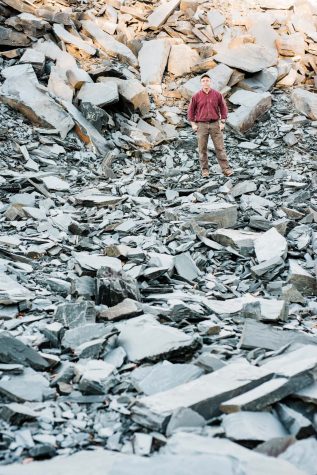 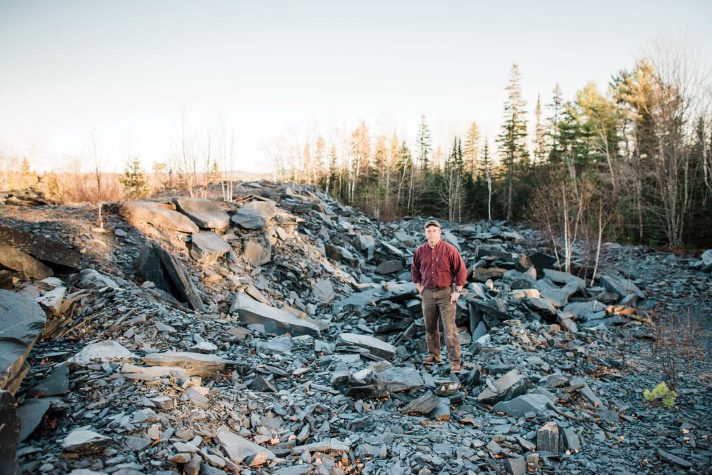 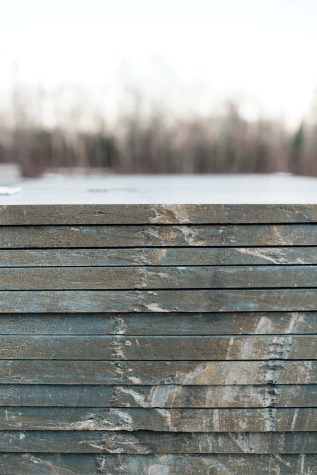 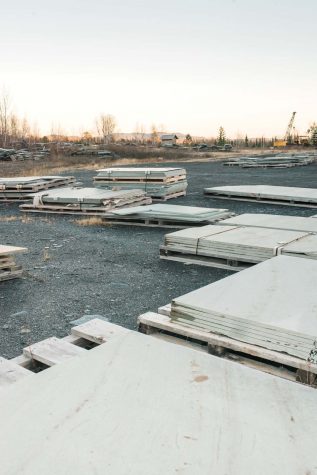 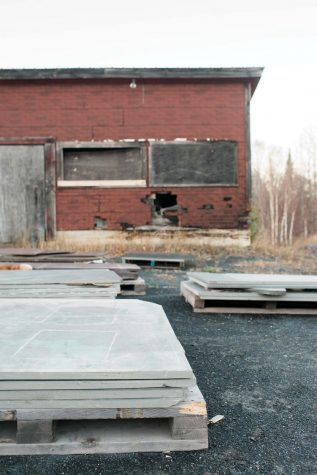 If I expected that a man who works with stone in northern Maine might be somewhat taciturn, John Tatko III would have immediately dispelled that notion. Affable and outgoing, Tatko represents the fourth generation of a family business now known as Sheldon Slate Products. His great-grandfather, Peter, was a butcher who emigrated from Poland to Rutland, Vermont, in 1917. Peter Tatko’s six sons opened Tatko Brothers Slate in the 1930s, quarrying the stone out of the rich vein of slate that runs along the Vermont–New York border. In the 1940s one of the brothers, Tatko’s grandfather John, bought Sheldon Slate from another family and ran it separate from Tatko Brothers, eventually folding in another slate business in Maine. Sheldon Slate and Tatko Brothers were finally merged in 2013, and today John, his parents, and his brother Peter all work for the company.

“The most important thing about this story is family,” Tatko tells me a few seconds into our conversation. “If you call the office in New York, my 82-year-old mother, Beverly, answers the phone, and my nearly 80-year-old father, John Jr., is in one of the excavators out in the quarry.” His parents aren’t just on the job, they are in charge, running the business from the Middle Granville, New York, location where Peter manages the plant, while John III handles the Monson shop and quarry. Sheldon Slate bought the Maine side of the operation in 1964, when it was called Portland Monson Slate Company and had an office on Congress Street as well as a warehouse on the Portland waterfront. The quarrying and manufacturing was done in Monson.

Two locations and multiple quarries give Sheldon Slate’s customers access to an unusually wide range of slate colors: green, gray, red, black (from Monson), and even purple (from New York). Tatko gives Mother Nature the credit for the quality of the stone he is able to offer. “Geologically, we are in the right place,” he says. Slate starts as silt, then sedimentary stone, Tatko explains. Through heat and pressure over time, it becomes solid and nonporous. “If you cut down through the deck, our slate looks pretty monolithic,” he says, referring to stone that’s quarried from the Northeast. “That’s why our mountains are rounded: they are older.”

In its earlier days, the company made roofing slate, a market that all but disappeared with the advent of asphalt shingles in the 1950s. The Tatkos transitioned to making slate flooring, which they still specialize in today, at the New York plant. “The tile is a mass-production thing,” Tatko says. “Because we can efficiently make tile, we can compete with a lot of the foreign stone.” The same efficiency allowed the company to once again turn out roofing tile when it came back into vogue.

In contrast to the New York plant, everything made at Sheldon Slate in Monson is a custom product. “About 25 years ago I thought, ‘We have all this beautiful stone,’ and I knew what people had done years ago,” says Tatko. “There’s got to be a higher and better use for the things we make.” His vision dovetailed with the reemergence of slate sinks and countertops in high-end kitchens, products that he says take a level of craftsmanship similar to building a piece of fine furniture. The company also makes monuments and even custom electrical circuit boards, some of which have been used in nuclear reactors.

Slate sinks and countertops are not inexpensive, so many of Sheldon Slate’s products end up in Maine’s higher-end homes. Tatko mentions an 8,000-square-foot house on Islesboro known as the Froggery, which made headlines last summer when its owner, who was moving to Asia, auctioned it off to the highest bidder with no minimum bid. “We did the roof, floors, sinks, and countertops in that house,” says Tatko. “But we also do more modest things; this week we had a customer on Bailey Island who needed a threshold to finish up a flooring project.”

Some of the cost comes from the obvious challenge of quarrying the stone. “For every 100 tons of material we dig, about 80 tons is no good,” Tatko says. “Maybe 5 percent will get to be a countertop. It all comes out of the ground hard, and Mother Nature never cooperates with you.”

Since 1983 Maine has been Tatko’s home, and he is fiercely proud of both the state and the region where he lives and works. “If I was exiled and could never leave Maine I would never run out of things to do,” he says. “Of all the different places I’ve been, it’s so unique here; you can kayak or canoe and never see anybody.” Tatko and his fiancée, Wendy Russell, have a camp on nearby Lake Hebron, and they spend much of their free time fishing, hunting, and exploring there, accompanied by their two-year-old cocker spaniel, Ruby.

Tatko is just as proud of the company whose legacy he maintains and the people it employs, most of whom have worked for Sheldon Slate for more than 20 years. But his mother isn’t sure his son Steven should join them, at least not yet. “He went to Colby, and his grandmother told him he needs to use his education to do his own thing,” Tatko says. “He’s the land manager for the Appalachian Mountain Club, but he’s always got a finger on what we’re doing here.”

Before talking with Tatko, the only thing I knew about Monson was that it’s the home of Spring Creek Bar-B-Q, which I’ve long wanted to visit. Tatko loves the place, so I promise to accompany him there for Mike and Kim Witham’s famous ribs, but probably not until the snow melts in the spring. “Remember, they’re open just Thursday through Sunday,” he says. “You’re going to love it.” 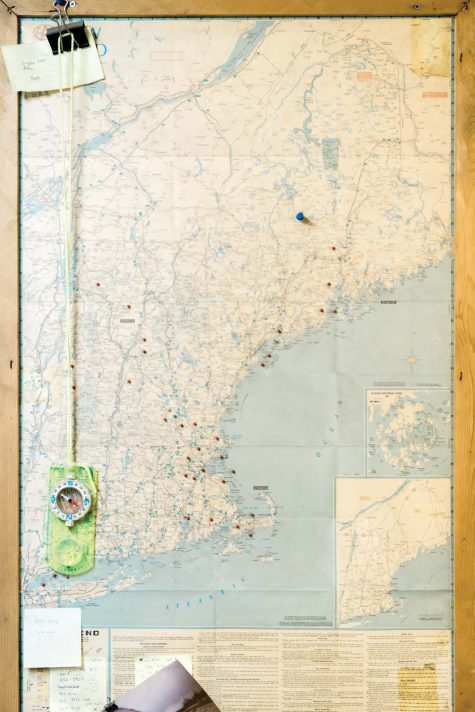 In Tatko’s office, a map of New England has pins showing the locations of companies Sheldon Slate does business with on a regular basis. 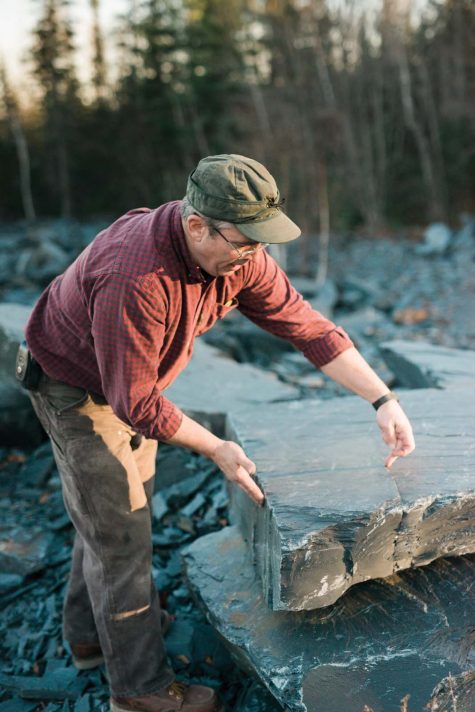 Tatko explains how slate can be cut: either split along the cleavage planes or cut on the grain, like wood. 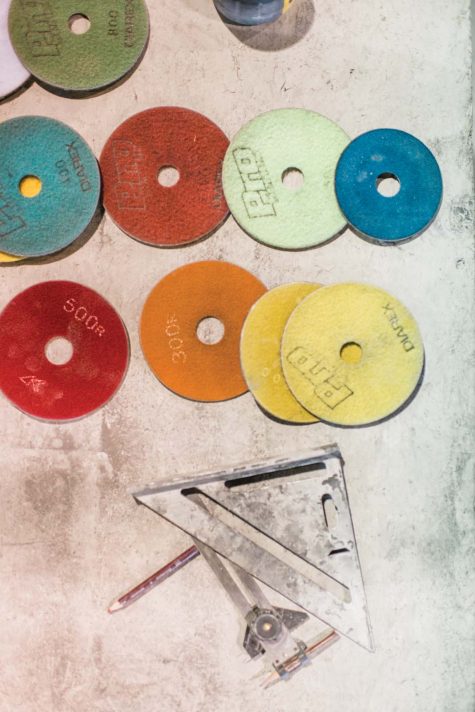