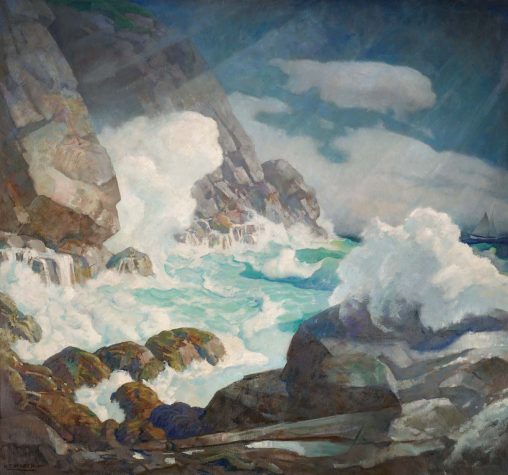 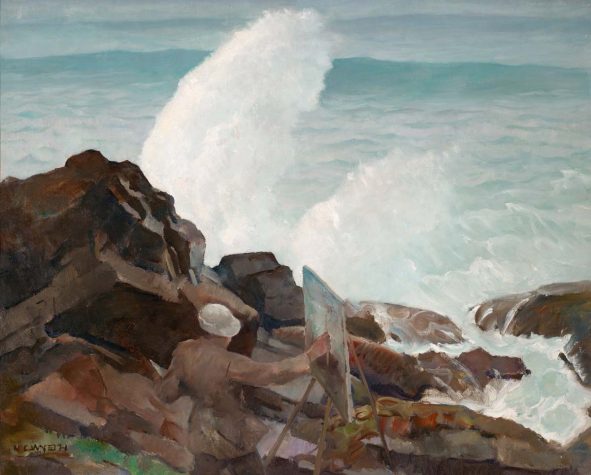 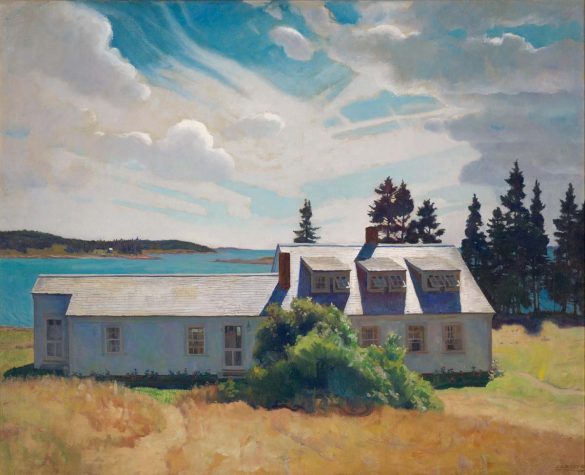 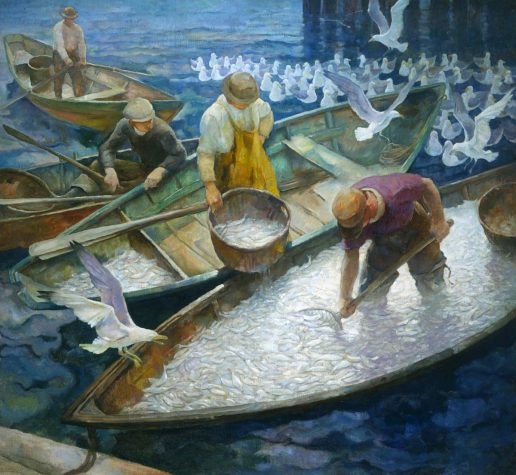 Beloved as an illustrator, Wyeth was also a master painter, as evidenced by the works on display at the Farnsworth Art Museum.

The patriarch of the storied Wyeth family, Newell Convers Wyeth is best known as one of America’s foremost book and magazine illustrators. Advised by one of his teachers at the Massachusetts Normal Art School (now Massachusetts College of Art and Design) to become an illustrator, he studied under renowned illustrator Howard Pyle in Wilmington, Delaware. In 1903 Wyeth got his first commission, from the Saturday Evening Post. Over the next 40 years, he illustrated more than a hundred books, among them many popular novels for Scribner’s, including Treasure Island, The Last of the Mohicans, Robin Hood, Robinson Crusoe, and Rip Van Winkle.

But Wyeth also wanted to be known as a painter, an artist whose skills went beyond adhering to the narratives for which his illustrations were commissioned. Over the course of his career, he created more than 200 landscapes, 30 still lifes, and 60 portraits. N.C. Wyeth: Painter, running through the end of this year at the Farnsworth Art Museum in Rockland, highlights some of his more ambitious independent land- and seascapes, produced between 1917 and 1941. The paintings, which capture the expansiveness of water and sky, intensity of light, and innumerability of marine life, cloud formations, and colors in the natural world, were done in and around his primary residence in Chadds Ford, Pennsylvania, and summer home in Port Clyde. “The scenery along the Maine coast and the people who lived here were a great inspiration for Wyeth to develop his growing talent as a painter,” says chief curator Michael K. Komanecky. “Our exhibition brings attention to this important aspect of his career.” On the following pages, MH+D presents a selection of the paintings.