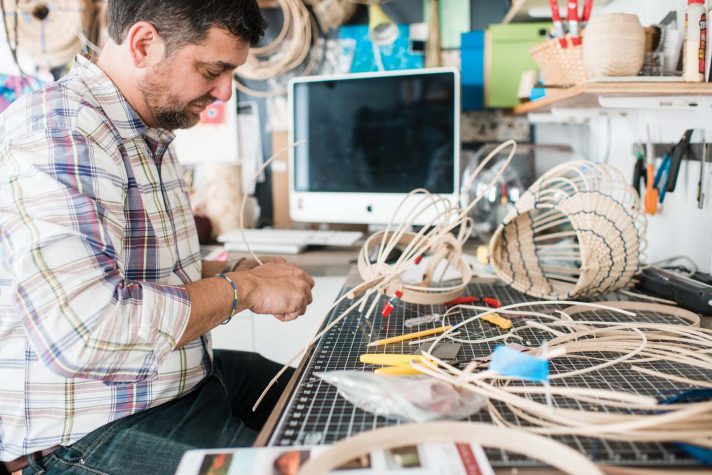 Stark works on a basket in his studio. During the first half of his yearlong sabbatical he has focused on weaving baskets, making pottery, and woodworking. 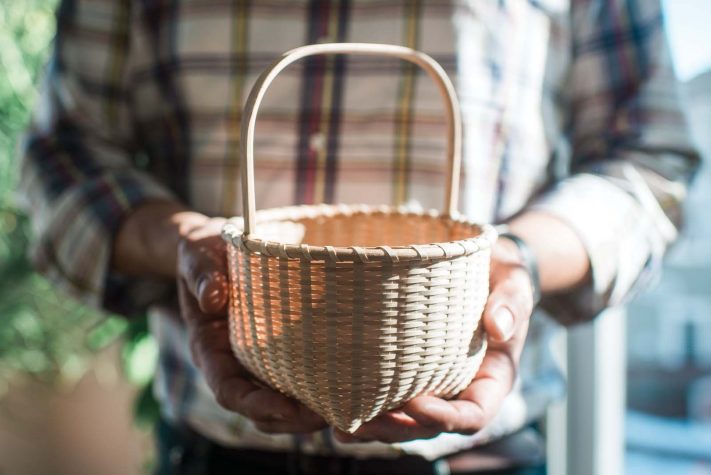 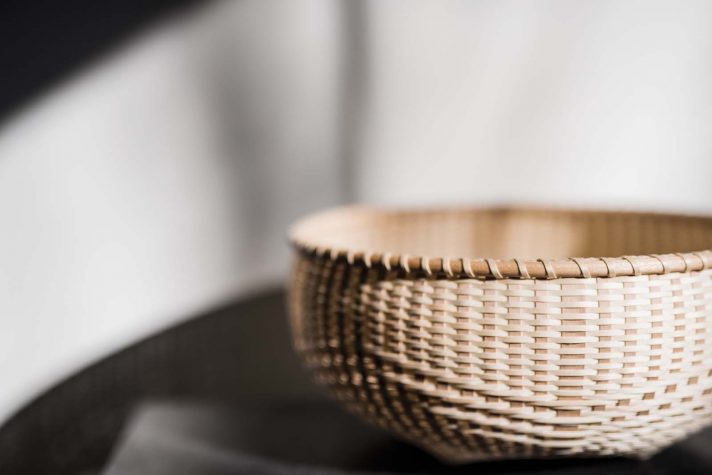 Architecture affects us all, and that’s why architect Eric Stark believes anyone can benefit from attending Architalx, the annual lecture series that takes place at the Portland Museum of Art (PMA) in April. “It’s not just for architects, or landscape architects,” says Stark, an associate professor of architecture at the University of Maine at Augusta. Stark became the president of Architalx’s 15-member board last year. “Our speakers are really good at sharing what they do, and doing it in a way that is very approachable, which hopefully—and as an educator this is always key to me—makes people see the world differently.”

The first Architalx was held in 1987 at the Baxter Library Building (now the home of the VIA Agency) with a lineup of local presenters. In 1992 organizers moved the annual event to the PMA to accommodate larger audiences. The series takes place over four consecutive Thursday evenings, and traditionally tickets have sold out in advance. This year’s speakers are Reiulf Ramstad of Oslo, Norway, whose eponymous firm has been nominated six times—including in 2017—for the European Union Prize for Contemporary Architecture Mies van der Rohe Award; Kate Orff of SCAPE Landscape Architecture in New York City, a designer of parks and public spaces; Chris Marcinkowski of PORT Urbanism in Chicago, which focuses on large-scale urban planning; and Elizabeth Whittaker of Merge Architects in Boston, known for her innovative housing projects.

The diversity of presenters reflects Architalx’s mission to offer a broad perspective on the design of housing, institutional buildings, and public spaces. While the lectures don’t follow any set theme, says Stark, the board does consider relevance to local issues in planning each year’s event. “We try to get a mix of practices and people who work on both large- and small-scale projects,” he says. “It exposes us to the way others are considering the built environment around them, and that changes how we look at the built environment of Portland in particular, and Maine in general.”

Stark himself brings a wide range of experience to the Architalx board. A native of California, he was a theater designer before turning to building design, receiving his master in architecture degree from Harvard. He subsequently stayed in Boston, working at an architecture firm and also as an adjunct professor at Boston Architectural College, Wentworth Institute of Technology, and Rhode Island School of Design. Stark and his wife, Jeannette Schram, moved to Maine in 2004 and purchased a three-story house on Munjoy Hill. They completely renovated the building and live on the two upper floors with their two young children. Schram, the executive director of AIA Maine, has an office in one part of the first floor; the other side is a rental unit.

When I meet with Stark at his bright, modern home, he is in the middle of a sabbatical year in which he has traded teaching and grading papers for pottery, woodworking, and, most notably, weaving baskets. “One of the great things about the sabbatical is the opportunity to make stuff,” he says. “Because it makes you think about the world differently. You’d be surprised: when you start weaving baskets, you start realizing, ‘There’s so much weaving in the world.’” For the second half of his sabbatical year, Stark will focus on digital making or creating with technology (that is, building something using a 3D printer), acquiring skills and knowledgeto bring back to UMaine Augusta when he returns to work in the fall. As the architecture program coordinator, Stark has been instrumental in developing the university’s five-year bachelor of architecture program, which should be fully accredited in 2018. “It will be the first time a student can stay in the state of Maine and become a licensed architect,” he says.

The topic of how we see—buildings, objects, the natural world—surfaces several times in our conversation. “I had a student who said, ‘I know it’s been a good day in class when I walk out and the world looks different to me,’ and that’s my goal now as a teacher,” says Stark. Being able to see what others see matters too, especially when it comes to discussions about the future of Portland. “I’m not a preservationist,” says Stark, who has seen plenty of restoration and new building in his time on Munjoy Hill. “I don’t hold on to things just because they’re old, but I also don’t think they should be torn down just because they’re old. The stuff we really love almost always has happened over time.”

As an example of the organic development he favors, Stark references Thompson’s Point in Portland, where old, once-vacant buildings have been refurbished to house a winery, breweries, a circus school, and the Open Bench Project, a makerspace where he is a member. “Open Bench was in there first. I think it showed everyone that, yes, you can actually use this building. It’s not just something to be torn down,” says Stark. “And I love the fact that they saved that awning you can ice-skate under, which was just a shed to keep rain off steel—someday it might go, but right now it’s an ice-skating rink.”

Change is inevitable, even in Maine, a place that visitors—and even some of us who live here—often want to see as unchanging and timeless. “It’s not unique to Maine; it’s any time there’s growth,” says Stark. “I think where you run into problems is when you’re not having a conversation about it. That’s for me why Architalx is important. It’s an opportunity to listen to other points of view, and it broadens what we see as possibilities. “ 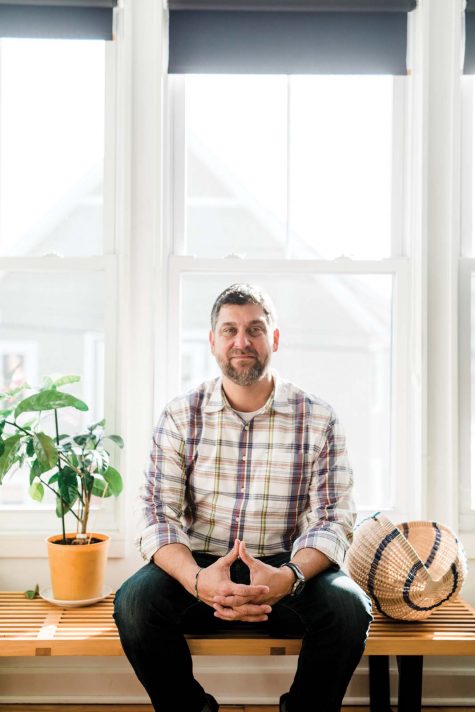 Architect Eric Stark at home on Munjoy Hill, with a Scottish yarn basket he made while on sabbatical from teaching at the University of Maine at Augusta. Stark is the president of Architalx, a lecture series hosted each April that brings architects, landscape architects, and urban planners to Portland from around the world. 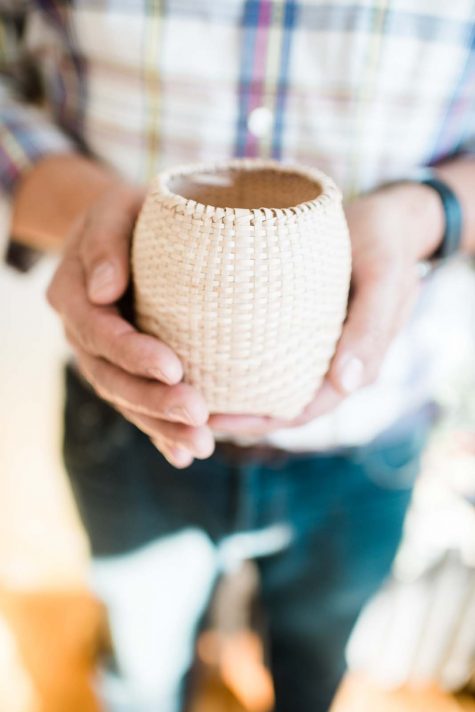 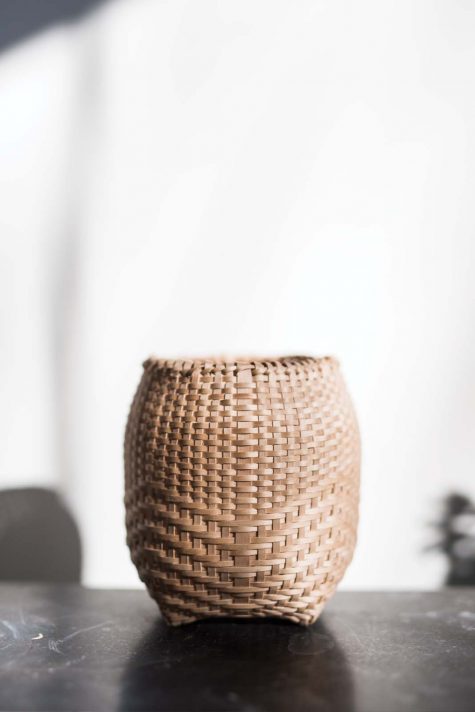