This smoky hue has been trending for years for good reason: it's a wildly versatile neutral. 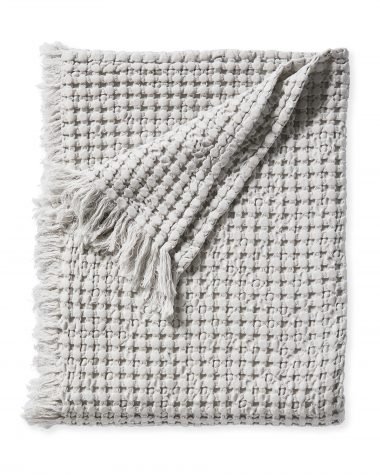 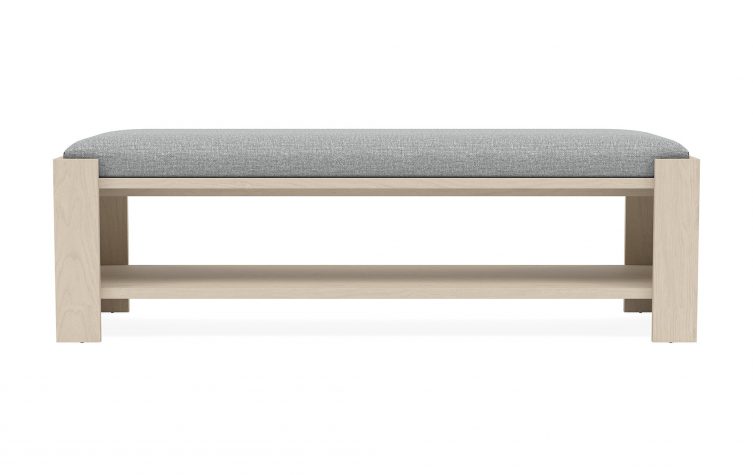 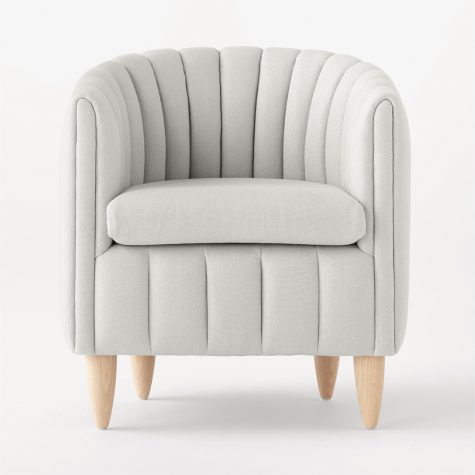 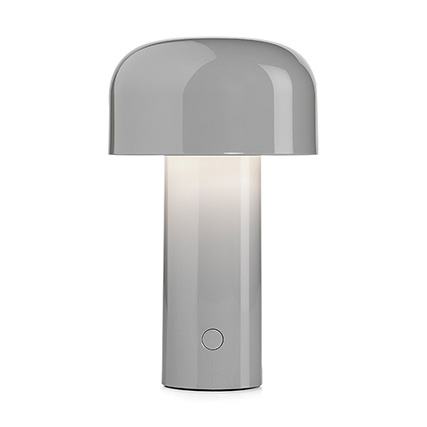 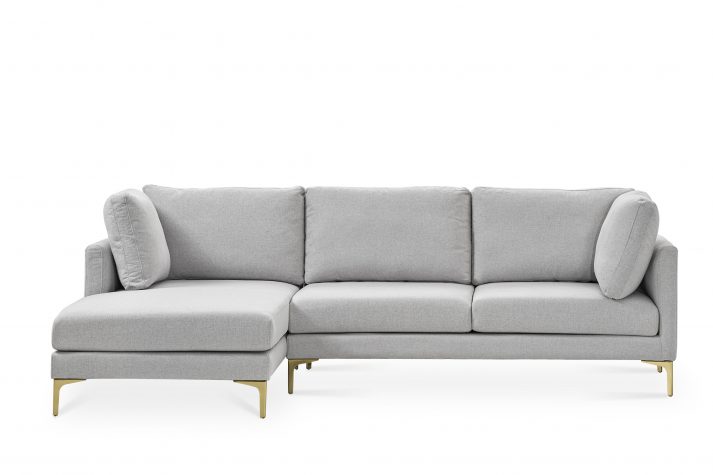 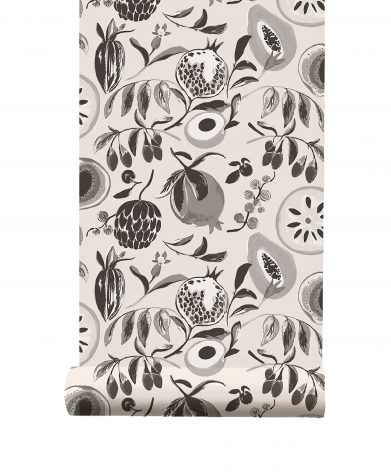 Al Fresco Wallpaper, $190 per roll She She // bysheshe.com 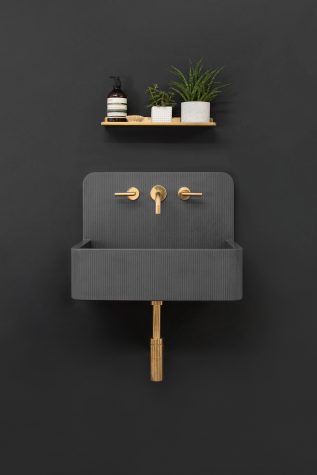 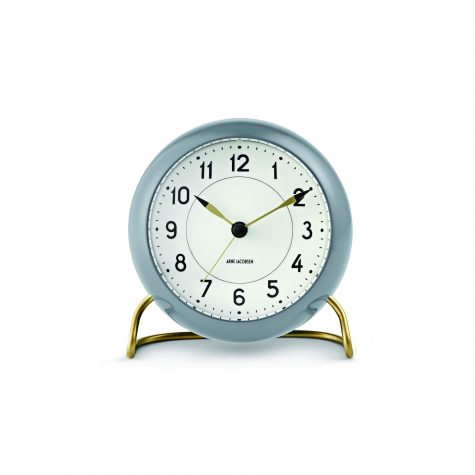 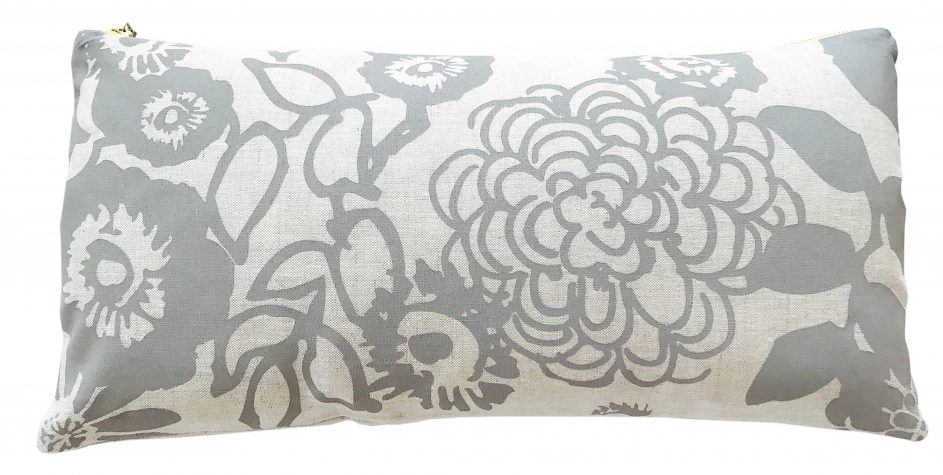 When it comes to decor, gray is a complex color. Get it right, and it can create an enchanting environment. Get it wrong, and you’ve got a color that looks downright institutional. But designers say it’s worth the trouble to seek out the right gray. “Gray is very calming, and it can be both classic and contemporary,” says interior designer Louise Hurlbutt, owner of Hurlbutt Designs in Kennebunk. It’s also a natural choice for Maine; as Hurlbutt notes, “Gray is popular in Maine homes because it can be like a calm sea or the drifting clouds in the sky.” It is also the color of tree bark, beach stones, and weathered clapboard and shingle houses.

Part of what makes gray complicated is that there are so many shades of this seemingly simple color: blue-grays, green-grays, cement grays, and more. The nuance lies in the undertone. “Try adding black to white paint and see what happens,” says Vanessa Helmick, the interior designer behind Fiore Home in Yarmouth. “You don’t get a beautiful gray. There’s always some sort of color in the base of a good gray.” For this month’s Living Color column, we did not limit our palette to a specific undertone of gray; instead, we kept the focus on grays that fall in the midtone range—neither the darkest grays that skew almost black nor the shades of white with just a hint of gray in them. Here’s how to weave them into your home.

Understand your undertones.
As Helmick points out, gray is never just black and white: There’s always a bit of color mixed into the hue. Known as undertones, these subtle colors within a gray will help you as you choose the right gray for your room. Even if you can’t discern a specific single color as the undertone, you should be able to ascertain if a gray skews warm or cool and then match it to the rest of your room.

Don’t go too light.
Designer Hilary Robertson, author of the book Monochrome Home, says to avoid the palest grays, especially on the walls. “It just ends up looking like you haven’t bothered or you haven’t tried,” she says. If you’re considering a very pale gray or want a room to feel light and bright, opt for white instead.

Tread carefully with cool grays.
Hurlbutt loves a blue-tinted gray, but Helmick and Robertson say these cooler grays can be tricky. Helmick warns that some cool grays can “go purple fast,” and Robertson notes that a cool gray can read “institutional.” Ultimately, it will come down to your specific room, the light it gets, and the feeling you wish to create.

Test drive gray in all lights.
If you’re thinking of making a big commitment to gray, say as a wall color, wallpaper, or upholstery fabric, get a sample to test it out in your space before you commit. Look at your gray material in all lights to assess its suitability. Even the pros can stumble with grays: Robertson confesses to getting her living room’s gray walls wrong the first time and having to repaint the whole room.

Avoid making gray the focal point.
Helmick says that when she works with gray she never uses it as the focal point of a room. Rather she says she thinks of it as “a jumping-off point and as a base for color.” Likewise, all the designers we spoke to warn that an all-gray room is hard to pull off. You need some color to make the room come to life!

Highlight colorful art with gray walls.
Because gray is such a strong base for color, gray walls are a wonderful choice for displaying art, says Helmick. She points to the Getty Museum in Los Angeles as an example. “They use a lot of deeper wall colors in gray tones, which is why the art looks so amazing.” Helmick says she loves the idea of classic, antique art on a deeper gray like Benjamin Moore’s Chelsea Gray. However, she cautions that black-and-white photography will get lost against a gray wall.

Be bold in your color pairings.
Gray can balance almost any bright, bold color. “The great thing about gray is you can pair colors that pop,” says Hurlbutt. “I love using coral, pinks, or blues with gray on the wall or furniture.”

Avoid factory-finish grays.
While there is a wonderful world of gray paints (see our Palette Picks on the next page) and textiles, Helmick cautions against much of the affordable gray cabinetry and furniture. “Use [factory-finish grays] sparingly,” she says. “A lot of affordable cabinet companies use blue-grays that just don’t age well.”

Go gray in an open plan.
Hurlbutt says she often opts for a soft gray in open-plan homes. “In so many houses now, the living room, dining room, and kitchen all run together, so we paint these rooms one color.” Grays tend to feel more modern than beige. In a recent project, Hurlbutt used Benjamin Moore’s Bunny Gray with white trim, which she describes as “a wonderful backdrop.”

Bathrooms are primed for gray.
Natural gray stone is a popular designer choice in bathrooms, including for Helmick and Hurlbutt. “I like designing classic bathrooms and I use a lot of Carrara marble tile,” says Hurlbutt, who notes that these soft grays go nicely with the crisp white of porcelain sinks and tubs.

Don’t forget texture.
Texture is key to any successful interior, but especially when working with a less colorful palette. “Layer texture and textiles,” advises Helmick, who also likes a gray stain that leaves the wood grain visible. On the walls, Hurlbutt points to grasscloth, and Robertson loves plaster and limewash paints. “I love limewash’s lack of sheen and its rich texture,” says Robertson. “It’s everywhere in Europe.”

Gray Is Here to Stay

Grays have been trending in interiors for years, but the color is not going away any time soon. It was popularized in the early 2010s by both the media and retailers. Sue Wadden, the director of color marketing for Sherwin-Williams, recently referred to the decade-long trend as the “Chip and Joanna Gaines effect,” because of the couple’s penchant for the hue, and Restoration Hardware (now RH) is at least partly responsible for the gray-on-gray look. Direct-to-consumer bedding brands have spent years promoting gray bedding to the exclusion of almost any other color.

Writing in the Washington Post earlier this year, lifestyle expert Elizabeth Mahew pondered whether gray was on the way out. “Gray-haters (or grayters, as I like to call them) complain that the color is ubiquitous, and to some degree, they’re right,” she wrote, noting that design stores are indeed oversaturated with gray upholstery, bedding, and accessories. While many decorators and homeowners profess to want more color after the pandemic year, Mahew ultimately concludes that gray is a versatile neutral that won’t be disappearing from our homes.

The color experts also seem to believe that gray has staying power. Pantone chose “Ultimate Gray” as one of their two Colors of the Year in 2021. Paint manufacturer Benjamin Moore chose Metropolitan AF-690, a gray, as its Color of the Year in 2019 and then, in a surprising move, chose a gray again just three years later when they named October Mist, a sage-y gray, as their pick for 2022. For now, it seems the reign of gray will continue.

According to Merriam Webster, “gray”/“grey” is one of the most frequently queried spellings. Gray occurs more frequently in American English, while grey is preferred in British English. 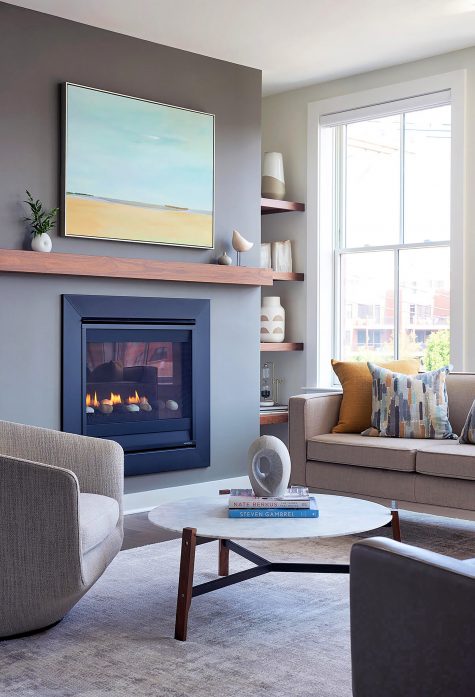 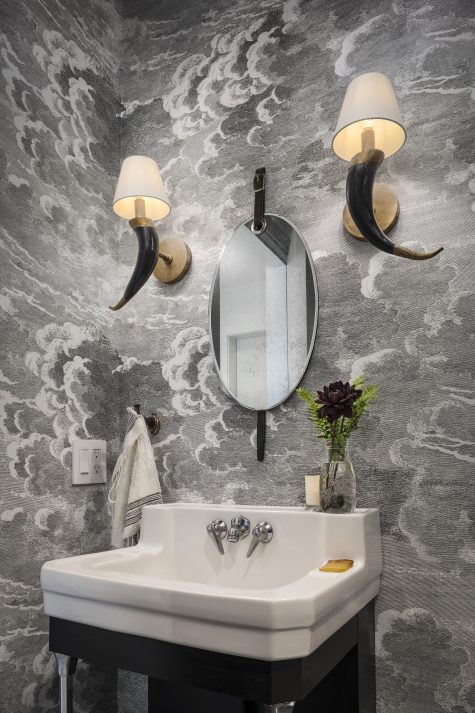 Fornasetti’s “Nuvolette” wallpaper for Cole and Sons envelops a powder room in the home of Stephen Peck, a designer who splits his time between Maine and Miami. Photo: Trent Bell 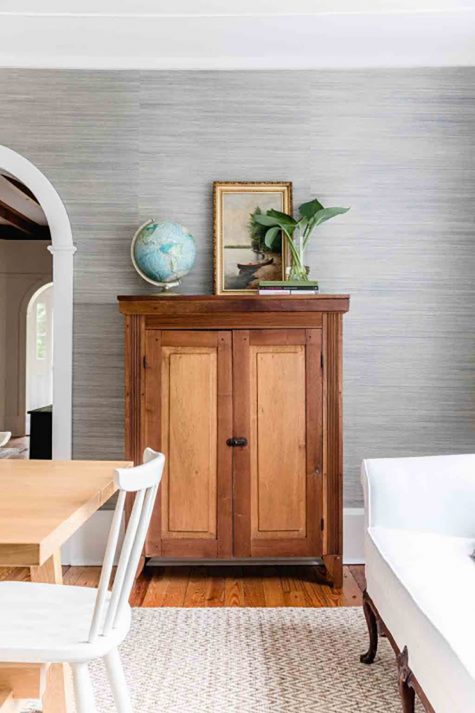 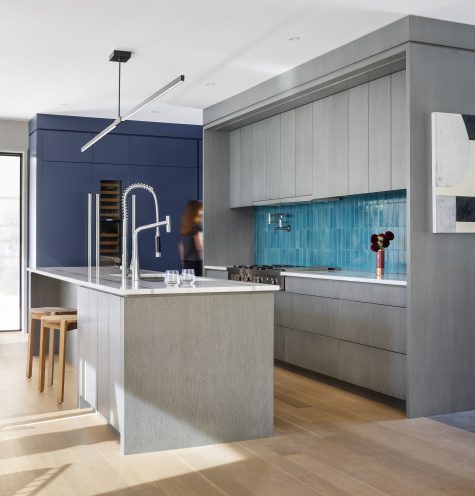 For this Cumberland kitchen, designer Caleb Johnson Studio opted for gray-stained white oak cabinetry, which was handcrafted in the Woodhull of Maine workshop. Photo: Trent Bell 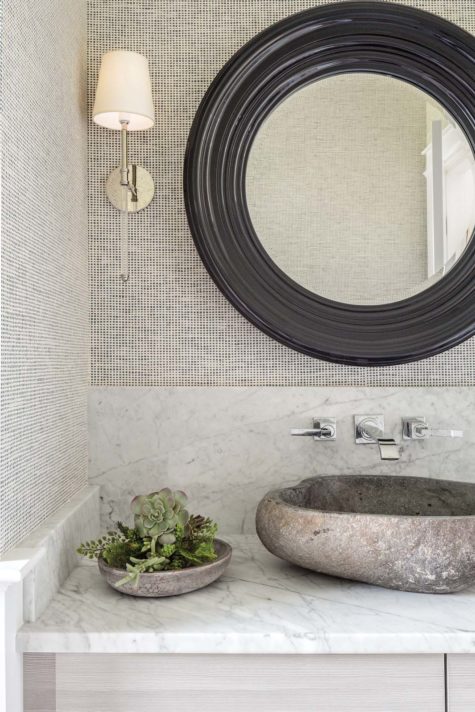