An Irresistible Blue Tone to Refresh Your Home 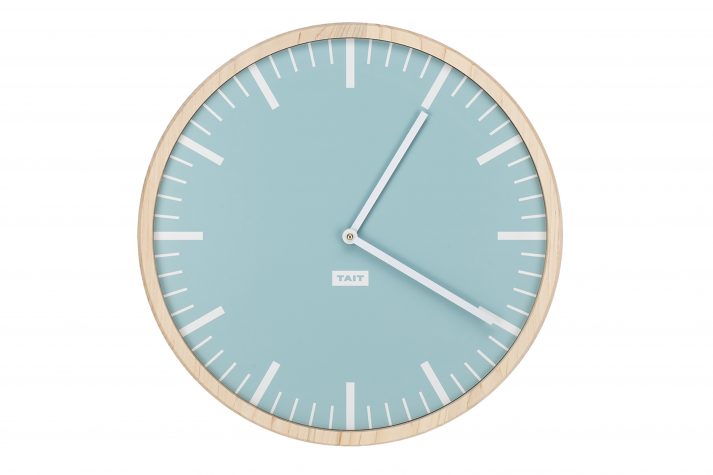 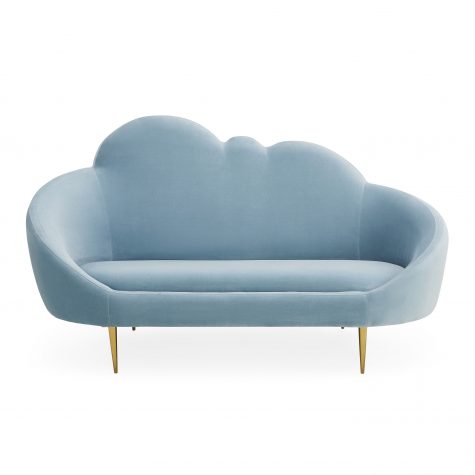 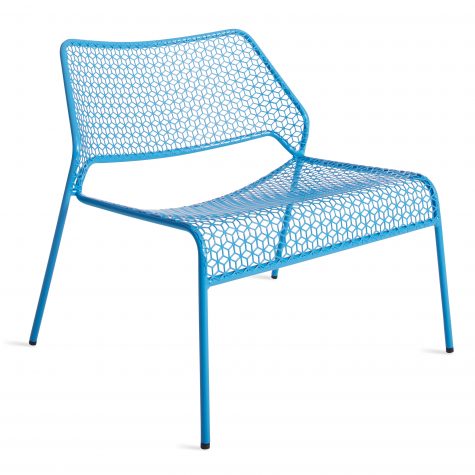 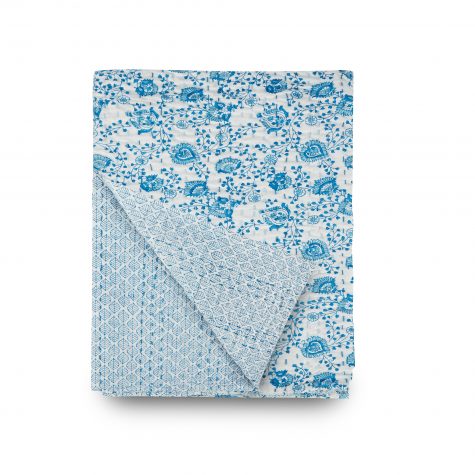 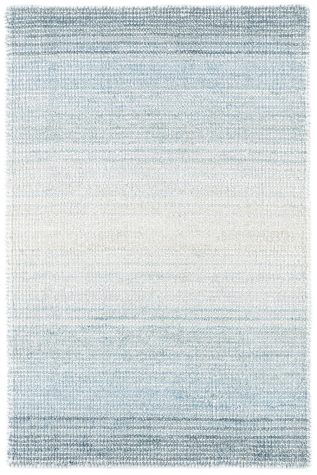 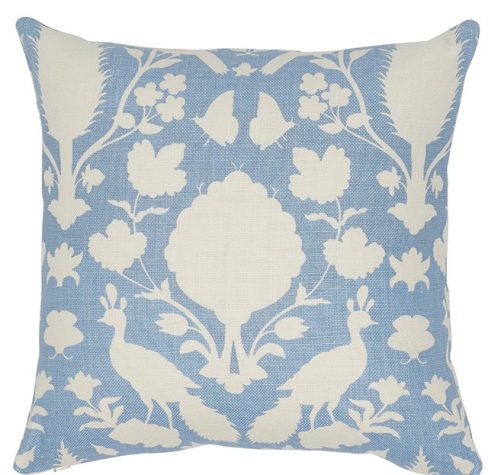 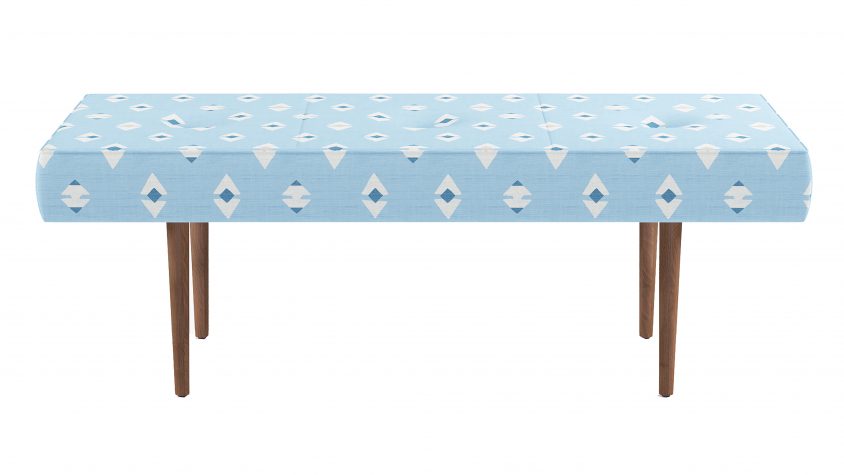 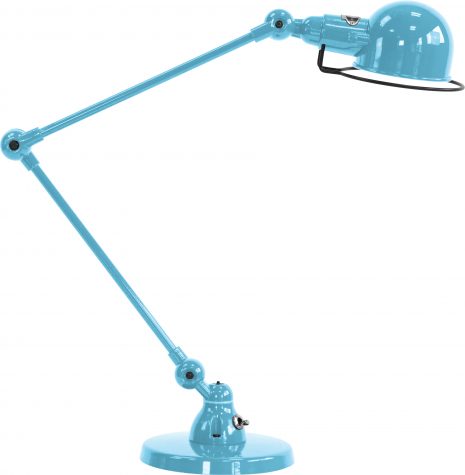 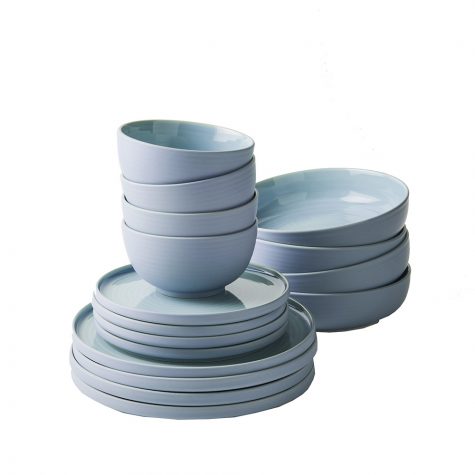 The phrase “sky blue” has been used to describe color for centuries: James Murray’s A New English Dictionary dates the first use of the phrase to 1728, but there are documented uses of “sky blue” in the English language going back as far as 1585!

The sky, of course, can take on many shades of blue, but what we mean when we talk about sky blue is the pure hue of a nearly cloudless day. Artists might call the color “cerulean blue,” while graphic designers might think of “cyan,” the blue of four-color printing. Since 1958 children can find a Crayola crayon labeled “sky blue” in any box of more than 32 crayons.

Sky blue is a pure blue—not purple or green leaning but lively and clear. While sky blue falls on the medium-to-light end of the spectrum, and there are variations in saturation and tone, sky blue is not the soft blue we think of as “baby blue.” Sky blue is also an incredibly popular hue. “I have never met a single client who didn’t love blue, especially light blue, in the 40 years I’ve been designing. It symbolizes the ocean and the sky,” says interior designer Linda Banks, the founder of Falmouth’s Simply Home. Here’s how to use the tranquil hue in your home.

Use it as your base color.

“Growing up in Maine by the ocean, blue is more of a neutral than it is anything else,” says Manhattan-based interior designer and TikToker Clare Sullivan. “I’m constantly using pale blue as a base color to layer on top of, instead of adding it in as an accent color.”

Pair it with an “earthy” hue.

“When I’m using sky or baby blue, I try to pull in a lot of earthier colors,” says Sullivan, who has made sky blue something of a signature color. “If I’m going to be using my favorite blue tone, I love to use colors that are a lot muddier to complement the color, to tone it down, and make it feel a little bit more mature.”

Blue and white is always right.

Maine is known for its blue and white interiors, and there’s a reason we love this classic color combination: blue and white is a color palette that works in almost any home, from the cutting-edge contemporary to the stately and traditional. If you’re living with white walls, take a cue from designer Louise Hurlbutt, who painted a banister sky blue in a mostly white house to brilliant effect.

Blue paints are tricky to assess from a paint fan deck. When you look at the paint chip, blues can look pale, but then read very blue when painted on the wall, as Sullivan discovered with a Florida project, where her first-choice blue was too blue. She also notes that blues can look different depending on the time of day and quality of light. So be sure to sample on a large area of wall for an accurate view of a color.

Vanessa Helmick, the principal designer and owner of Fiore Home in Yarmouth likes to pair light blue with clay or soft terra-cotta “to create warmth.” She says, “They are direct complements on the color wheel, but in softer, less saturated tones.” Sullivan also likes to play on orange and blue, but with wood tones, describing a room where she paired blue with a Douglas fir vanity. “Because the wood is super warm it complements blue so well,” she says.

Or go cool and quiet.

For a calm, relaxing vibe, Helmick likes to layer in blues and grays, like she did in a Portland condo where sky blue Eames chairs pop against a background of gray. If you’re going for this look, just be sure to vary your saturations and tone, so there is contrast between the gray and blue hues.

Molly Walpuck, the blogger behind Molly in Maine, used a pale blue paint as the jumping-off point for her ground floor’s entire color scheme. “I took the paint strip that my wall color (Benjamin Moore’s Brittany Blue) is on and used those other shades—from lightest to darkest—on surfaces throughout the downstairs, including tiles and textiles,” she says.

Why Are Porch Ceilings Sky Blue?

Sky blue is a common color choice for porch ceilings, and not just because it’s a pretty color. The tradition of painting porch ceilings blue dates back to the time of slavery in the United States. The enslaved Gullah people in Georgia and South Carolina chose this color for porch ceilings, window trim, and exterior doors because they believed it would ward off spirits (“haints”) by confusing them into thinking the blue was sky or water. The pale blue color is often referred to as “haint blue” because of this association.

As the tradition was passed down and picked up by others, blue porch ceilings also gained a reputation for keeping wasps from building their nests (though this may be more due to the quantity of lye that was used in early paint formulations). The practice eventually spread up and down the East Coast.

The tradition of painting a porch ceiling sky blue has likely continued because it blurs the line of where a house begins. “It dematerializes the ceiling and makes it blend in with the sky,” notes Banks, who also uses pale blue on interior ceilings, especially cathedral-style ceilings. Banks adds that Tintoretto and other Venetian School artists painted the domes of churches pale blue before painting their frescoes upon them. “Again, it’s that disappearing look, like the dome was going to float away,” she says.

Vincent van Gogh once wrote, “I never get tired of the blue sky.” We couldn’t agree more. 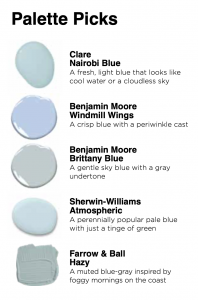 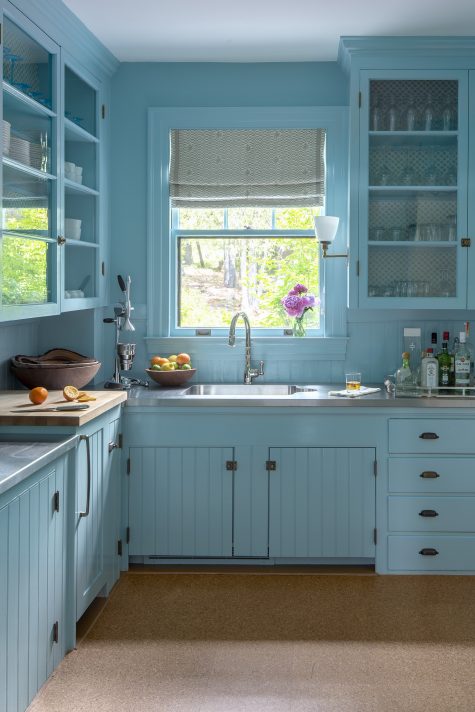 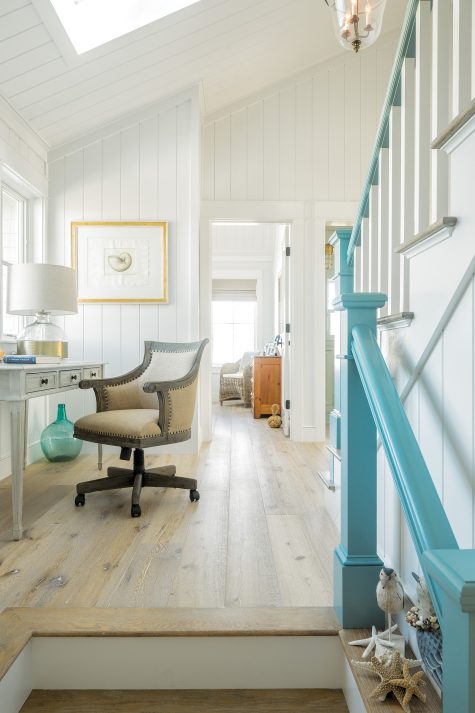 For this unfussy vacation home in Kennebunkport, interior designer Louise Hurlbutt opted for what she describes as a “very restful” palette of soft blues and beiges, using a lively sky blue on the staircase’s newel posts and railing. Photo: Jeff Roberts 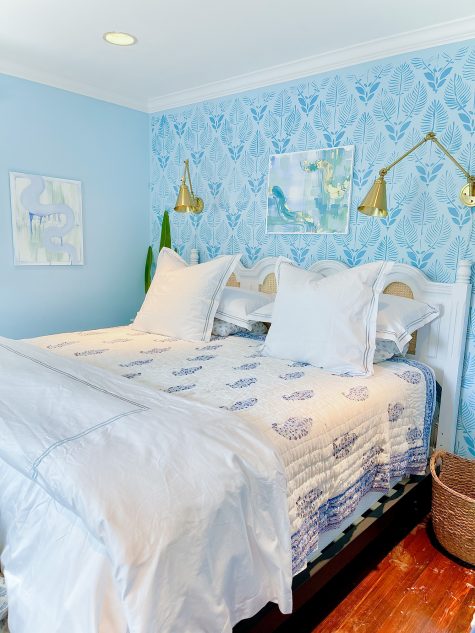 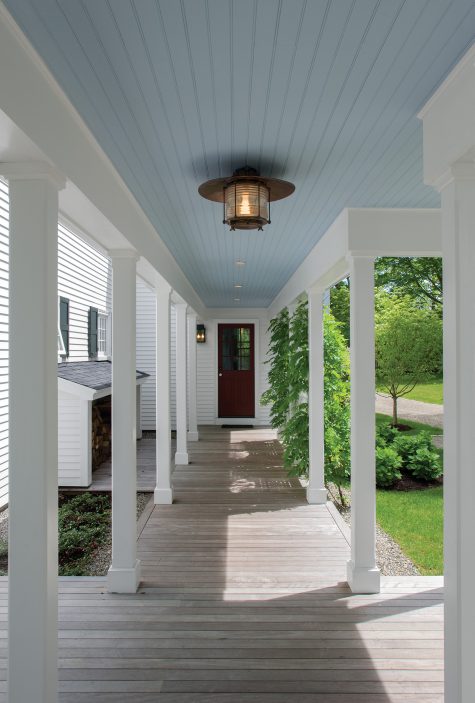 When architects Stephen and Justin Smith rehabbed a home in Camden, they added a graceful breezeway with its ceiling painted sky blue. Photo: François Gagné