Warming Up to Masonry Heaters

Wood stoves are a time-honored way to provide supplemental or single-source heat to Maine homes. While the majority of these stoves are cast iron—either inserted into an existing fireplace or stand alone, a dramatically different type of wood stove is slowly making inroads. Masonrywood stoves, called masonry heaters, Finnish stoves, or Russian stoves are widely found in homes throughout Western Europe and Scandinavia. “I grew up in Germany where they have been used for centuries for home heating,” says Sebastian Jerosch, who designs, builds, and installs these heaters as part of his business, Sebastian Jerosch Masonry and Design in Yarmouth. 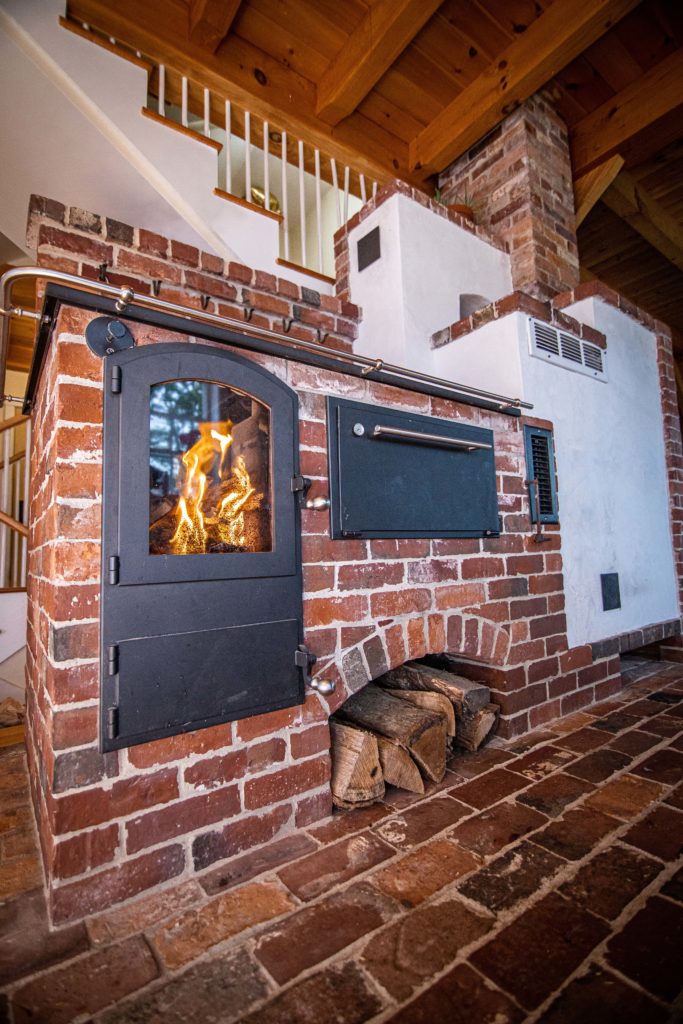 While individual styles can be quite different, all masonry heaters work on the principle of using a large masonry mass to store heat generated in the fire box, which is then radiated slowly into the space over a period of time. Unlike a cast iron stove, which has to be regularly fed and generates heat from glowing coals, a masonry heater draws heat from hot gas. During heating season, fires are usually built no more than twice a day—in the morning and in the evening. The firebox is tall, which gives the fire room to expand, and it burns hot enough so it completely combusts, becoming gas. This super hot gas then travels through a switchback system of flues, imparting its heat into the masonry. “The beauty is that it radiates heat for 12 hours after you’ve made the fire,” says Jerosch. “You end up using less fuel because you’re burning it more completely, and you’re also not releasing hydrocarbons.” The hotter burn extracts more energy, making masonry stoves more efficient than cast iron stoves. Yet because the heat is distributed over a large area, the surface of a masonry stove remains safe to touch. “If you’re a baker you can create a place for dough to rise, or a warming bench,” Jerosch continues. “One heater I built ties into the kitchen counter; the homeowner warms her dishes on it before serving dinner.”

This illustrates another benefit of masonry stoves, that they can be customized to suit an individual homeowner’s style and needs. They can be sleek and modern, or more traditional in design, and faced with brick or decorative tile, are often a visual centerpiece of a Maine home. “I typically have a discussion with the client about how much of the house they want to heat with the stove and size it accordingly while making it attractive,” Jerosch says. “I like that challenge and that’s what makes it so interesting from an architectural and engineering perspective.” 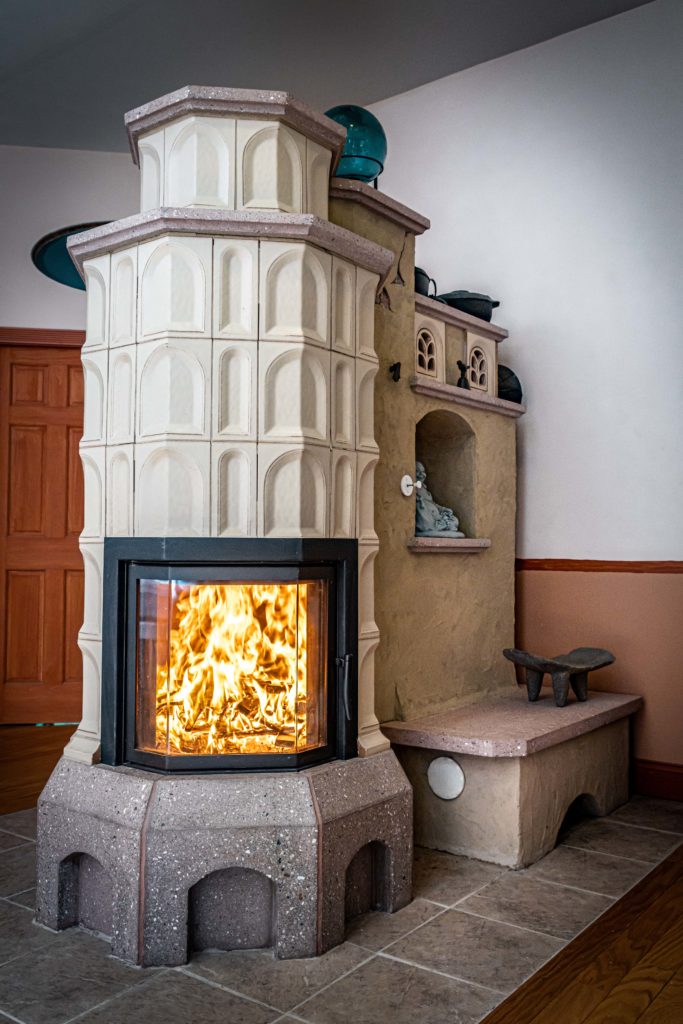 For one Maine client, Jerosch built a heater with the firebox and partial flue system in the home’s finished basement and a flue that rises up into the first floor where it feeds the bulk of the masonry mass that directly heats the kitchen and living room. In the kitchen, an attached cook stove with a second firebox can be used on its own in the summer, or the resulting flue gas can be routed so that it too heats up a masonry mass, “which is great for the shoulder seasons when they might want some quick heat in the morning or evening hours,” he says. The residual heat rises into the second floor and third floor finished attic, making no other heat sources necessary in the well-insulated 3,700 square foot house. “They burn three cords of wood a year; even I was surprised by how little that is,” says Jerosch, adding that to heat a house of that size with conventional wood stoves would take five to six cords a year. “There are so many aspects of masonry heaters that make them perfect for Maine,” he says. “Heating with wood is already familiar here, and these stoves offer a step up in terms of aesthetics, efficiency, and green living.”