The Grand Island of Islesboro 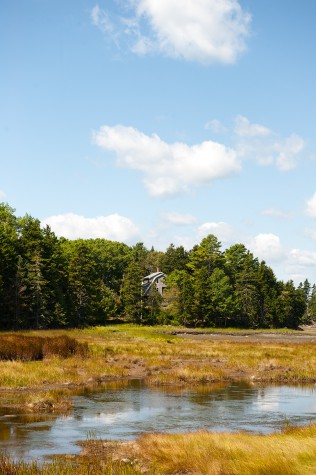 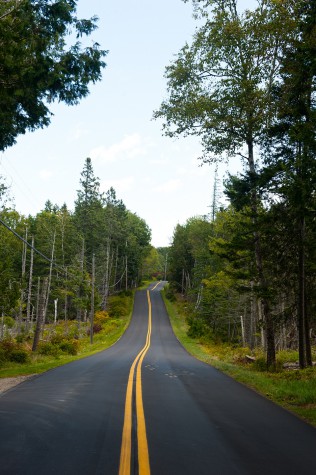 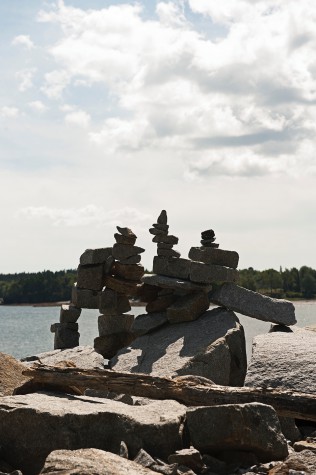 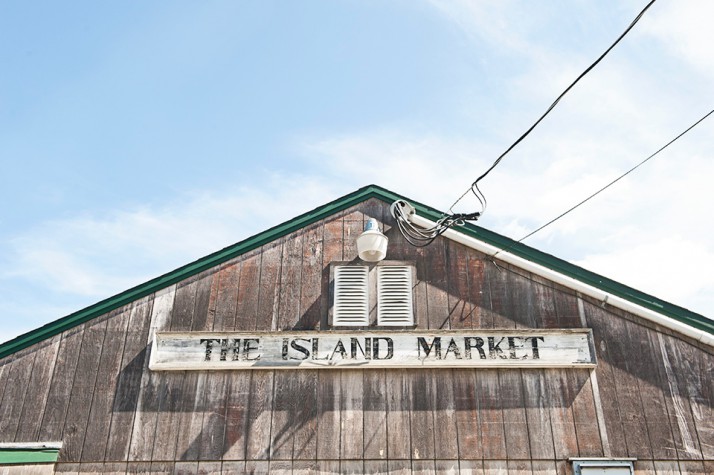 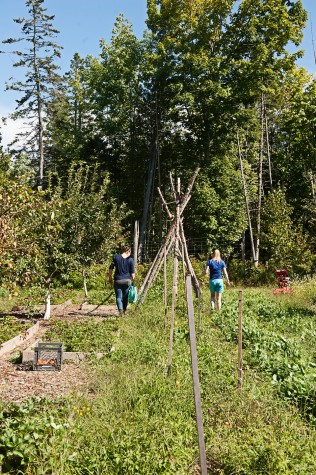 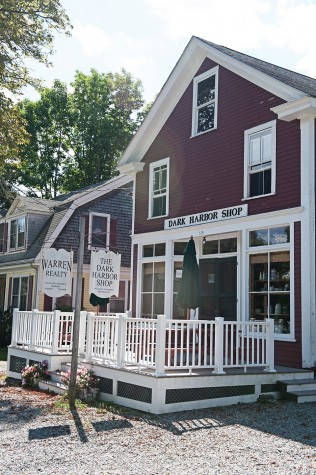 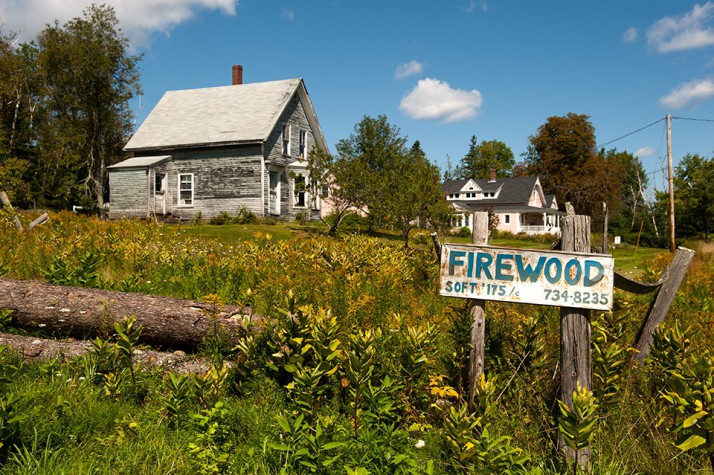 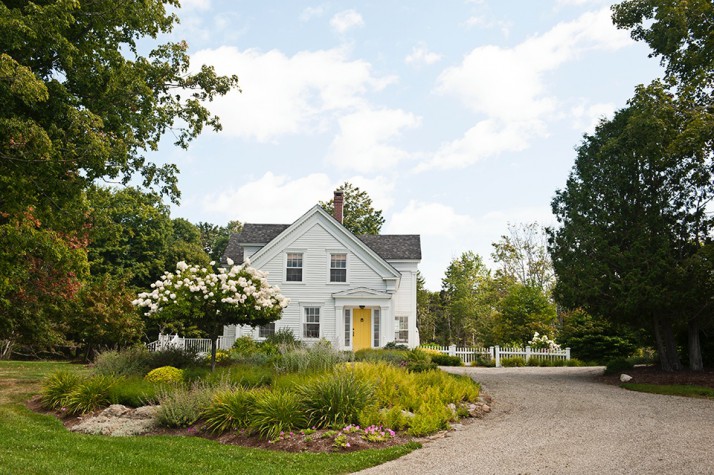 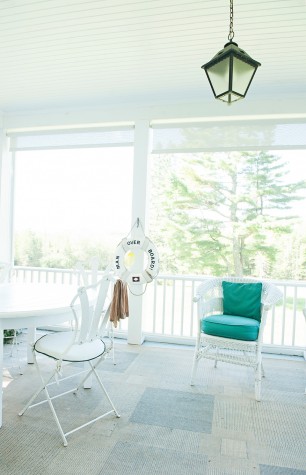 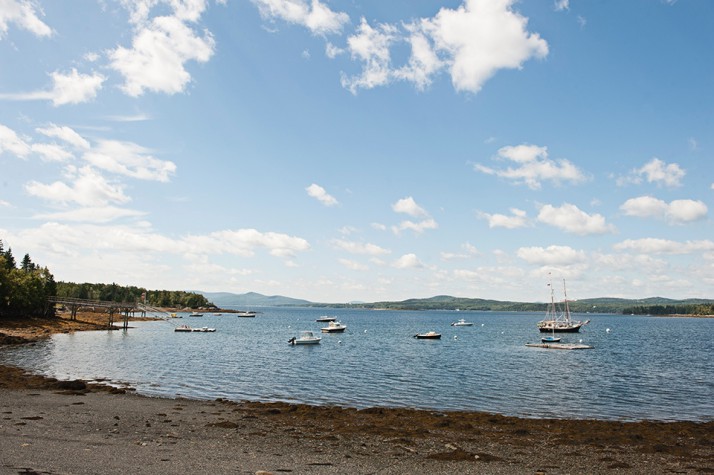 A quintessential Islesboro view of the Camden Hills. 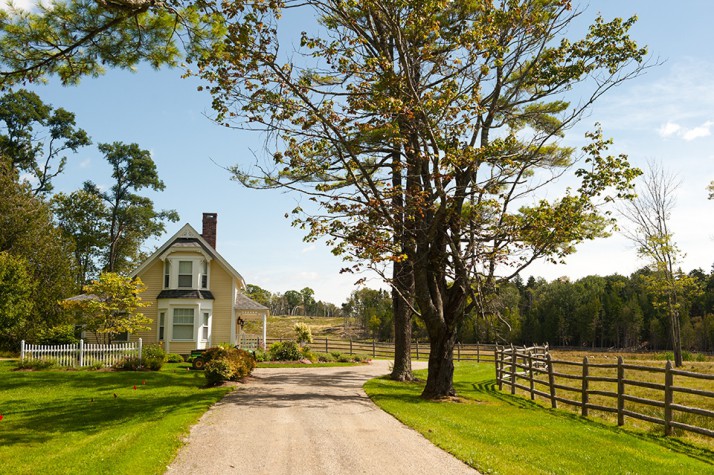 Ornate and idyllic farmhouses like this one are commonplace. 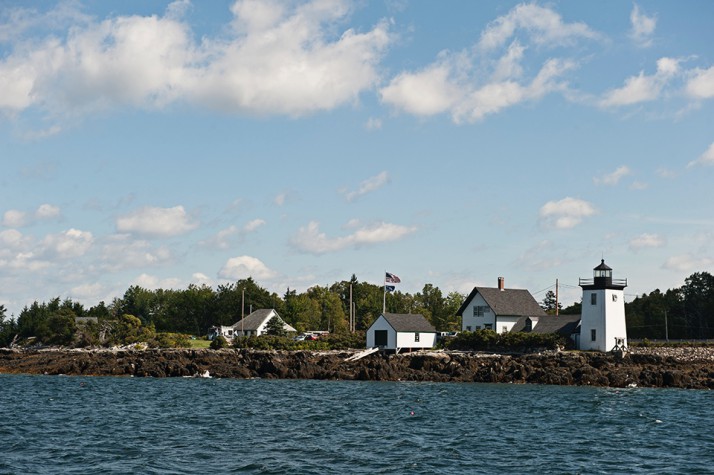 Departing the ferry, residents and visitors are greeted by Grindle Point Light. 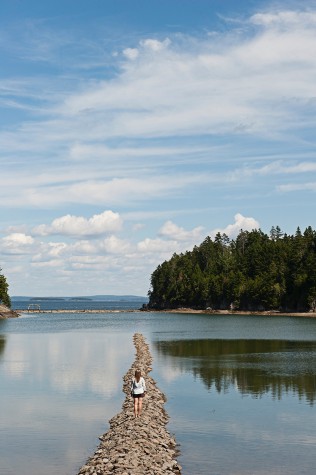 Near Dark Harbor, a rocky pathway extends into the water.

When people speak about the variety of the Maine landscape, they’re often speaking about changes in scale. East from Kittery, the coast gets rockier, the pines more plentiful, the islands more formidable, making the experience of adventuring up the coast kind of a daunting one. Beyond Rockland, the landscape is simply too big, too beautiful to be denied. In my experience, no other place along the East Coast demands such deference as this stretch of Maine.

Grand is the first word that comes to mind when I think of the island of Islesboro in northern Penobscot Bay. From the mainland ferry terminal in Lincolnville, a visit to Islesboro begins with a 20-minute boat ride. Unlike the nearby islands of North Haven and Vinalhaven, Islesboro is long and thin. It keeps going and going, with no obvious center, unfurling in stretch after stretch of winding road, leading past homes of all shapes and sizes, rocky cove after rocky cove. In order to see the entire 14-mile-long island in a single afternoon it is necessary to drive, and when driving, a person can’t help but wonder about all that is invisible through the woods and down the private driveways, along the water’s edge. From these winding roads, it is possible to catch glimpses of some of the island’s famous estates—expansive English Tudors, soaring Victorians—but like most everything on Islesboro, these homes are typically oriented toward the water, and views are often best from a boat.

Islesboro was home to the largest commercial shipping fleet in the bay in the early twentieth century, but following the Civil War the island became best known as a summer resort. Wealthy families built elegant homes on the island, traveling by train from cities such as Boston, New York, and Philadelphia to spend summers at the water’s edge. In power boats, outboards, or skiffs they visited nearby family and friends’ houses for lunch or dinner, made trips to the Tarratine Golf Club, cruised in yachts about Penobscot Bay in the afternoons, and raced Herreshoff 12.5-footers in the evenings. Before cars were allowed on the island in 1933, residents traveled by boat or by horse-drawn carriage, making the island seem like a much larger place. Simply for convenience’s sake, those living in each of the island’s villages— Dark Harbor, Pripet, and North Islesboro— tended to keep to themselves. In Dark Harbor, on the southern end of the island, this meant gathering in places like the Dark Harbor Shop (formerly E.M. Randlett) for ice cream or provisions and at the nearby tidal basin, which the village children used “for community swimming and show-off diving contests,” resident Frances Cheston Train tells me.

Meeting Ms. Train is a highlight of my latest visit to Islesboro. On the shady white porch of her current home in Pripet, looking out toward Isle au Haut and sipping lemonade, we discuss her childhood in Dark Harbor, how the island has changed, and how it stays the same. In her book In Those Days, which chronicles, in part, her childhood summers from 1926 to 1940, Train writes, “The sounds of summer and freedom are still typified by the slap, flap, stamp, of sneakers, bare feet, and flip-flops, running down the long vibrating docks and bouncing gangways to the floats; kids yelling back and forth; the splash of oars; the slatting of sails being hoisted….” I’m sure that these sounds and smells and feelings are familiar to many kids, like Train’s grandchildren and great- grandchildren, who spend their summers on the island today, learning to ride horses at the island’s Pripet Riding Program and to sail at the Tarratine Yacht Club or Big Tree Boating. “There is the same keen interest in sailing and racing as in the early days,” says Train. “But Islesboro is not mired in the past. The same traditions are adapted to 2015.”

Water has always been central to life on Islesboro. The island is home to several boatyards and an active lobstering fleet. In addition to engaging in fishing, boatbuilding, and boat repair, many of the island’s 600 or so year-round residents work as carpenters and caretakers, in shops, or as teachers in the local K-12 school, which, in addition to island children, serves charter students who commute via ferry from the mainland. The island has a new community center, a health center, a library, a robust local government, and places like the Island Market, where I meet Linda Mahan (known locally as “Loony”), who co-owns the grocery and catering business with her husband, David Mahan (known locally as “Shake”). Shake and Loony have run the Island Market, which stays open through the winter, for almost 20 years. “This is a great place to raise children,” Loony tells me on a break from preparing hot lunches for some islanders working construction that day. Her son recently graduated from Islesboro Central School. “It’s very safe. Once my husband and I were working at the store and our son was riding his bike. Three people came by to tell me he wasn’t wearing his helmet.”

The boats of choice have changed from Herreshoffs to Dark Harbor 20s, and many second homeowners’ summer vacations have been shortened due to work demands, but people continue to make their way downeast throughout June, July, and August, and the symbiotic relationships between summer folks and year-round islanders remains intact. Family homes, names, traditions—all of these things have been passed down from generation to generation on Islesboro. Pendletons and Coombs (among others) have lived on the island for centuries, and when I stop to ask for directions I hear these and other surnames uttered over and over again before words like Cove and Road, or painted on signs. Dark Harbor Shop is still a gathering place in the quaint village of Dark Harbor. In the summer months, those who can still prefer to travel by boat to friends’ houses for parties and potlucks. And the island itself remains as beautiful as ever, trimmed with rocky beaches and thick with woods. While places like Bar Harbor— another grand summer resort of the gilded age—have been transformed into popular vacation destinations, out-of-the-way Islesboro, with its minimal commercial activity, has not seen such a transformation. The island remains relatively untouched, sprawled out in all its majesty just three miles from the mainland.