Show Houses on the Shore 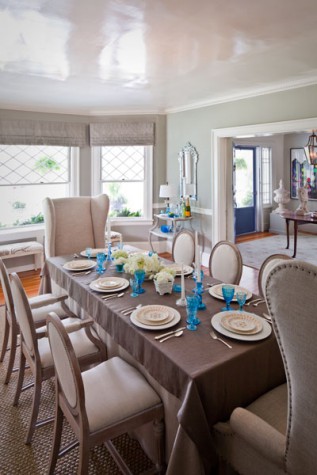 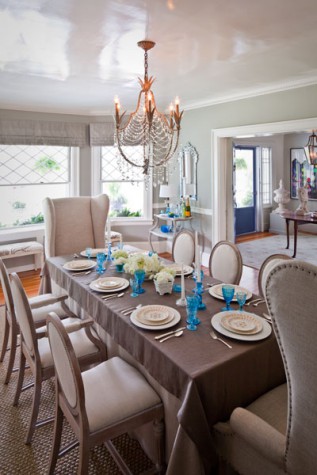 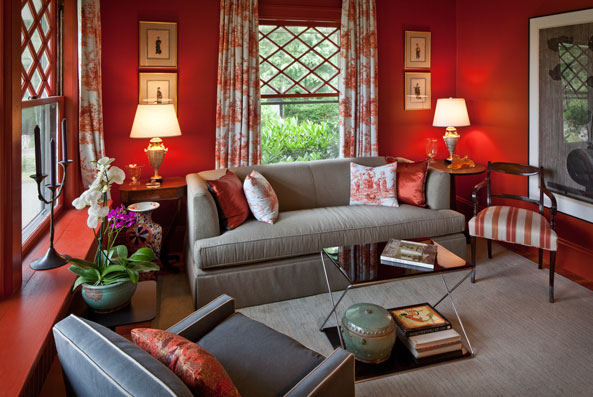 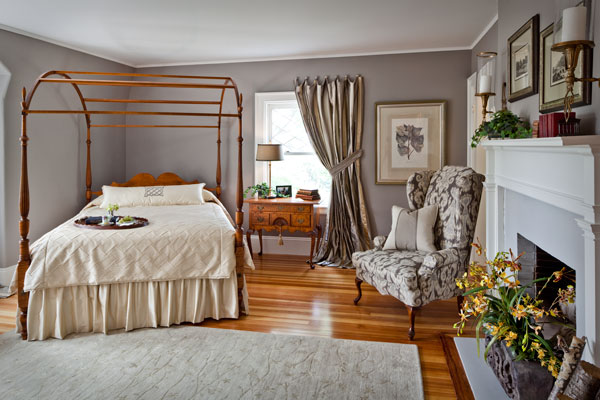 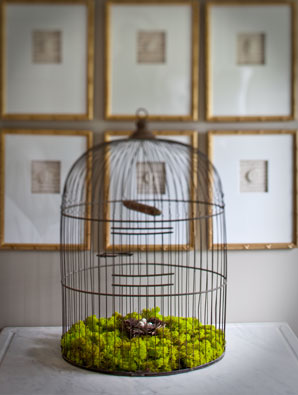 This summer, on either side of Portland, designers descended on two historic homes and transformed them into showplaces

Every year for more than two decades, designers from Maine, New Hampshire, Massachusetts, and beyond have descended on a house in York and completely redesigned it. The event is known as the Old York Historical Society Decorator Show House, and this year’s, the twenty-first annual, took place on a rocky outcropping overlooking York Harbor. The property wasn’t entirely new to the Historical Society; its sister cottage, the Mayfair, was the site of the 2007 Show House.

Known as the Twin Cottage, the home was built in 1904 for New York City silversmith Henry Blanchard Dominic. Dominic was a summer resident who helped finance the construction of the town’s church, country club, and reading room. The Dominics enjoyed their summer retreat for forty-six years, then sold the cottage in 1948 to an architect.

Today, the house combines the classic architecture of the Harbor’s heyday as a summer colony with contemporary additions. Its shingle-style architecture is a departure from the Victorian architecture of earlier years. Deep verandas interwoven with the rooms integrate the interior with the exterior. A moderately pitched roof and weather-worn shingles make the home part of the landscape.

The work of more than twenty designers and artists was reflected in this year’s Show House. Each brought his or her own unique touch, and despite the variety of styles and aesthetics the designers expressed, the home came together cohesively—its history never far.

On High Street in Camden, the Hosmer-Merrill House can’t help but sit stately and grand in all its Colonial Revival glory; after all, it was built around 1860 and is listed in the National Registry of Historic Places. This summer, the house became home to the first ever Camden Garden Club Decorator Show House, part of a much older tradition, the sixty-third annual house and garden tour. The talents of nine designers came together as each sought to creatively redesign a space while respecting the home’s signature elements—an elliptical staircase, five fireplaces, unique moldings, and a paneled library, among others. Outside, handsomely landscaped rolling lawns and gardens lead the way to a separate cottage on the property, which was also decorated. The designers approached each of their rooms as if it were a clean slate, ready for their individual artistic flourishes and interpretations. The result was a house full of style and charm.