The Homework of Home 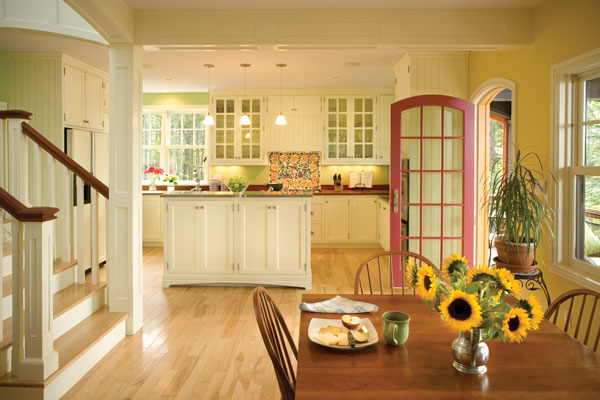 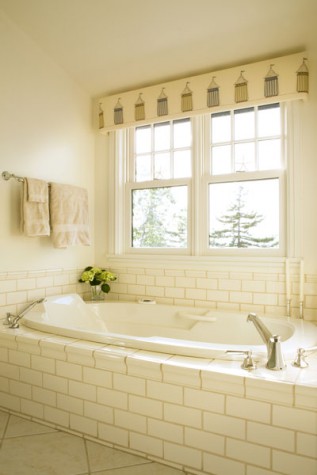 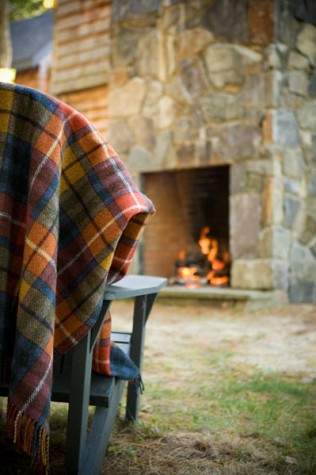 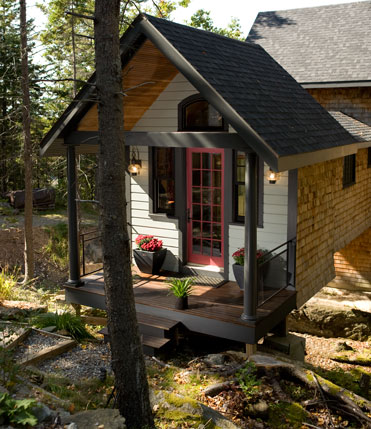 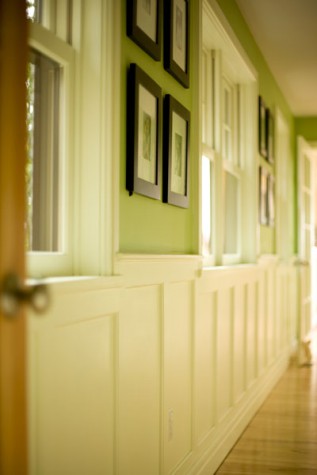 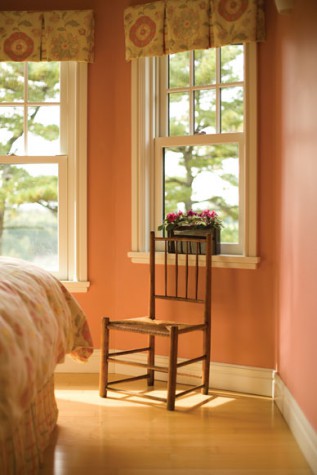 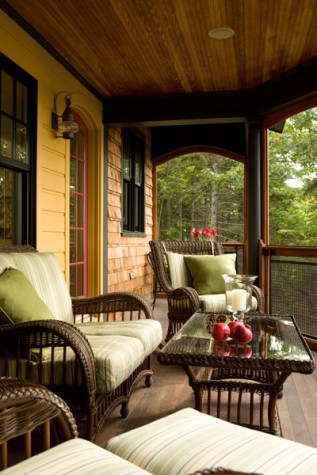 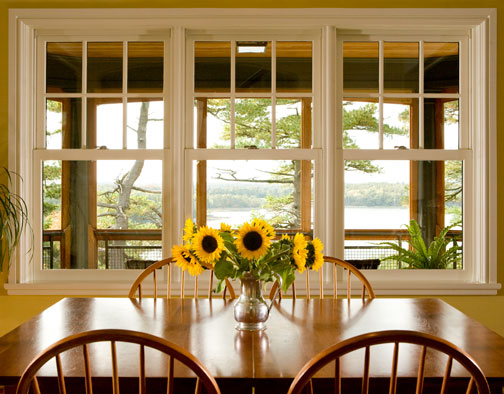 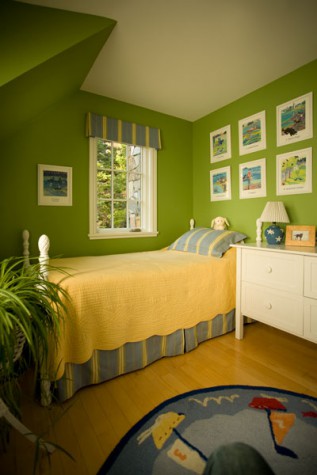 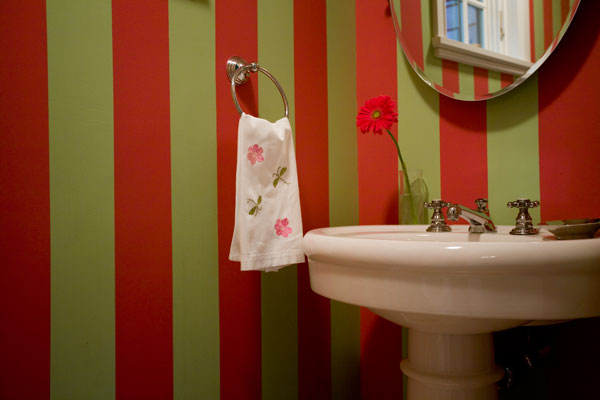 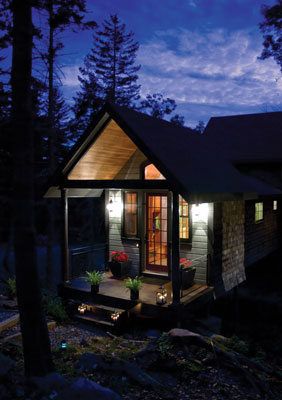 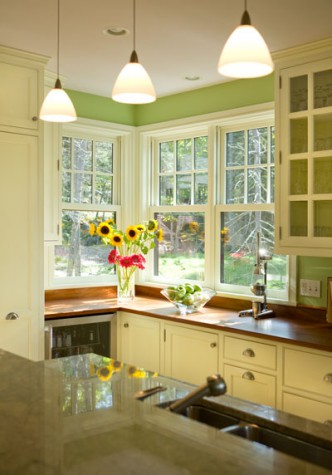 One couple’s journey to the not-so-big house

When planning their first home together, Jeff and Dominique Sommer immersed themselves in the world of home design and construction. Hardcover architecture books with glossy pages moved to the top of their reading lists. Design terminology worked its way into everyday conversation at the breakfast table, in the car, and just before bed. Emails at 3 a.m. to architect and mentor Carol De Tine of Carriage House Studio Architects in Portland were frequent. Late-night algorithms (for example, calculating the shoreline setback using the Pythagorean theorem) were not uncommon. The methods of renowned architectural greats were called on. For months on end, the Sommers lived, slept, ate, and breathed the creation of their home.

It was a choice they made early on. Jeff, a healthcare consultant, decided he wanted to be the general contractor on the job. At first, De Tine, an experienced architect, was wary. “I was very nervous. A lot of people usually want to do that because they think they can save money. I told them if they were doing it to save money, they shouldn’t. But it became clear it wasn’t about that,” says De Tine. “Jeff really wanted to do this. He felt that it would be a good learning experience—a new personal challenge during a time when work had slowed down for him,” explains Dominique. With the help of personal friend and Falmouth builder Tom Rawding, Portland interior designer Jeanne Handy, and cabinetmaker Nick Heller of Heller Custom Woodworking, a dream team was assembled with Jeff and De Tine at the helm.

Ironically, the Sommers never planned on building new. But when Jeff (who grew up in Cumberland) and Dominique (in D.C.) came across the rocky, pine-filled five acres of land on the New Meadows River in West Bath, it was love at first sight. “We were on our way to Sugarloaf when we looked at the property. It was all we talked about while we were skiing, and so we went back Sunday night to put in an offer,” recalls Dominique.

Once they had found the beautiful site, the couple set out to determine what they wanted in a living space. Required reading included The Not So Big House, A Pattern Language, and Patterns of Home. “Jeff spent a small fortune in hardcover books on homes. In our reading, we came across Sarah Susanka and her ‘not-so-big’ philosophies,” says Dominique. Susanka’s ideas immediately resonated with the couple. “We had to navigate the trade-off between size and quality, and opted for a thoughtfully designed house with nice finishes that is well suited for a unique site,” explains Jeff.

The extensive research and close collaboration with De Tine pointed to one overarching theme: the Sommers did not want a big house. “We wanted to create an intimate home that was focused on the experience versus the impact of size,” says Dominique. The goal was to shed the superfluous and use the entire space—just 2,400 square feet—wisely.

While the homeowners were keen on a smaller home, the site, too, dictated the size. Situated on the back cove of a tidal river, the property features a vernal pool that appears every spring. As lovers of nature, the Sommers sought to preserve the site as much as possible, including this life-filled pool. This meant creating a small footprint for the main house and designing access via an enclosed bridge spanning the pool. The bridge, which leads directly to the main living space, has become the home’s signature feature. Much like the house itself, the bridge was created with the intention of shedding all excess. Lined with closets and a message center, it is a place where the homeowners can literally shed the burdens of their day—laptops, briefcases, and mail—so that they arrive at the main house unencumbered.

According to De Tine, designing a smaller home requires a willingness to think about things differently and to question whether conventional “rules” must be obeyed—by both the architect and the homeowners. Two examples in this house are found in the kitchen and master bedroom. “Every kitchen primer says that you must have counter space on either side of the sink. We couldn’t do that and also fit the dishwasher in the island, so we just kept the sink and dishwasher in the island and it works just fine,” De Tine explains. In addition, when pressed for space in the master bedroom, De Tine came up with an unusual layout that located the master closets in the bathroom. “I was fully prepared to be looked at like I had two heads, but Jeff and Dominique were involved enough in the design process to recognize that this was the best layout for the second floor and decided that it could work for them,” says De Tine.

While the footprint of the main house is only 18 by 38 feet, a screened-in porch on the main level expands the living space in the spring, summer, and fall. “If you had a porch that size on a larger house, it wouldn’t have as much of an impact. This porch affects this space greatly,” says De Tine. “When we open up the doors and windows, the air just flows through here and you feel like you’re outside wherever you are on the main floor,” says Dominique. Since the main living area is on the second story of the home, there is also an unmistakable feeling of living up in the trees. One of the couple’s sons even told his kindergarten teacher that he lives in a tree house.

This natural setting was a jumping-off point for interior designer Jeanne Handy when it came time to select the interior palette. “We used ocean tones on the ground level, ‘tree’ greens and yellows on the middle/living level, and sky tones in the stairwell and circulation of the upper level,” she says. The result is an interior that is elegant yet whimsical.

United with nature, intimately styled, well laid out, and, of course, not so big, the home is everything the Sommers envisioned—and it was all made possible by De Tine’s appreciation for not-so-big living concepts. “I spent a lot of time on boats. I understand and appreciate the idea of having a place for everything and being efficient wherever you can. It requires a lot of discipline,” says De Tine.

The house is part of a ten-year master plan that will include the renovation of a building across the street into a guesthouse. As to whether Jeff plans to be the general contractor on that space as well: “In the end, I probably wouldn’t do it because I can’t imagine ever having the time to undertake such a project again. In the end, we were saved by the skill and professionalism of our team. I’m not sure how many times a novice GC can count on that happening,” he says.

Today, the Sommers enjoy living in a home they were so deeply involved in creating. “We have two very different tastes and yet we both feel as though we got the perfect house for each of us. There’s nothing we would change,” says Dominique. “It was a tremendous challenge,” says Jeff. “At times, exciting and rewarding, and at other times, maddening. But five years later, it still takes my breath away on a beautiful summer evening to sit on the porch and listen to the wind in the trees and watch the sun set.”

And in those blissful moments, all of the late-night emails and complex algorithms become worth it.