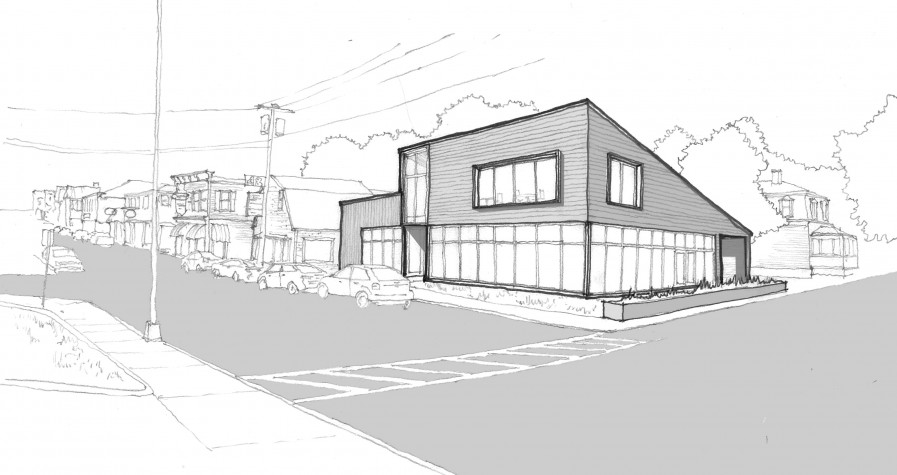 52 Cottage Street in Bar Harbor is a new commercial venture aimed at capturing a local, authentic flavor in a creative and sustainable manner. The structure is at the end of major retail development on Cottage Street before it transitions to a more industrial zone. One of the proj- ect’s goals was to set a new direction for design on the street, perhaps acting as a catalyst for future construc- tion to move beyond collage and pastiche. Drawing on the proportions and rooflines of neighboring buildings, Elliott and Elliott Architecture designed a new retail structure to fit within the scale of the streetscape while pushing the boundaries of the architectural design in a forward direction. It is broken up into two pieces, connected in the middle with an entry and stair that leads up to a mezza- nine and roof deck above. Atlantic Brewing Co. will occu- py the western half of the structure with a brewpub and tasting room; the eastern half will house a retail space. Glazing on two sides of the brewpub will allow views into the space beyond, including the brewing operations on- site. Solar panels on the south-facing shed roof will offset some of the power usage of the building while a sedum green roof on the other half will help reduce runoff and heat loss.