A gift of $1.5 million has been given to the UNIVERSITY OF MAINE ORONO to help fund a new engineering center. The GUSTAVUS AND LOUISE PFEIFFER FOUNDATION (which supports the advancement and promotion of medicine and pharmacy) donated the funds to support the construction of the ENGINEERING EDUCATION AND DESIGN CENTER. The center will house the UMaine Biomedical Engineering Program and the Department of Mechanical Engineering. The new facility is expected to cost $75 million, and the donation brings the total amount raised to $66 million. Construction is anticipated to begin in 2020, with a completion date of 2022.

Waterville’s former American Legion building has been turned into an events center that will host seminars, parties, concerts, and other performance-based shows. The space, which is called THE ELM, opened this month. The building was purchased in 2017 by BOB MITCHELL, who previously purchased and renovated two historic buildings downtown. Most of the renovations are cosmetic, with new paint on the walls and ceilings, a new state-of-the-art digital sound system and acoustic panels, a new LED lighting system, and updated bathrooms. The spaces within the venue include a cozy, carpeted lounge with a full bar that can seat 125 people, which is adjacent to a large room that can accommodate 250 people. The combined spaces can fit 350 people for a sit down event; for concerts, the space can hold 650 people. 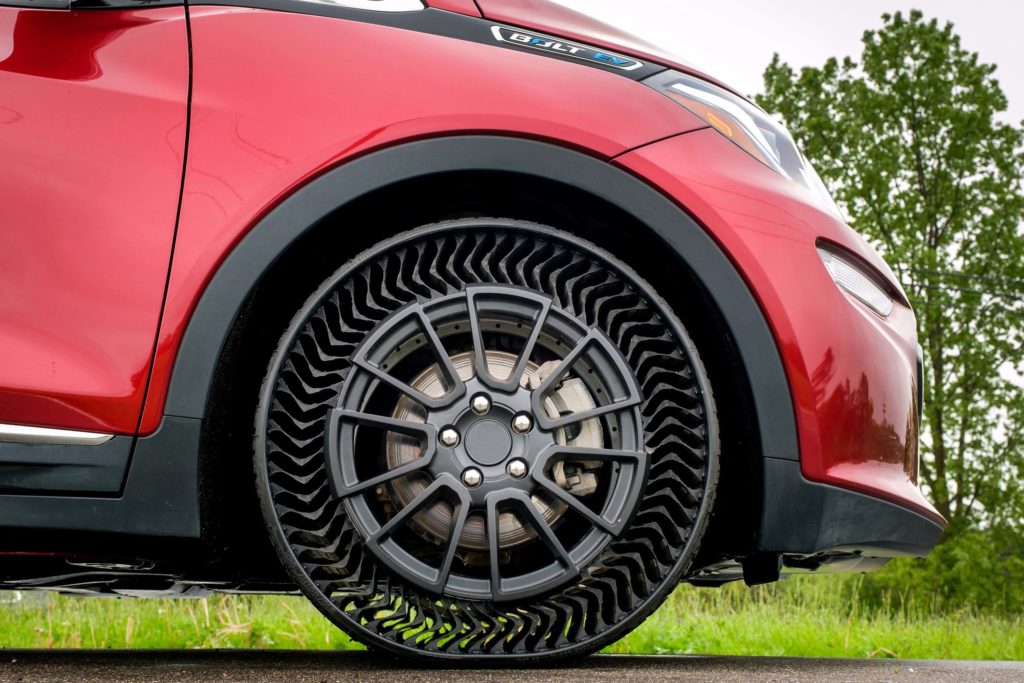 MICHELIN and GENERAL MOTORS (GM) have teamed up to create a new airless tire. Through complex internal architecture and carefully engineered materials, the need for compressed air is eliminated. The concept, called UPTIS (Unique Punctureproof Tire System), is so tough that it is virtually maintenance free, and it eliminates the danger of a flat or blown-out tire, in addition to potentially saving 200 million tires a year from being scrapped. GM is in the first stages of testing the prototype on its Chevrolet Bolt electric cars and is aiming to offer passenger vehicles equipped with airless tires by 2024. 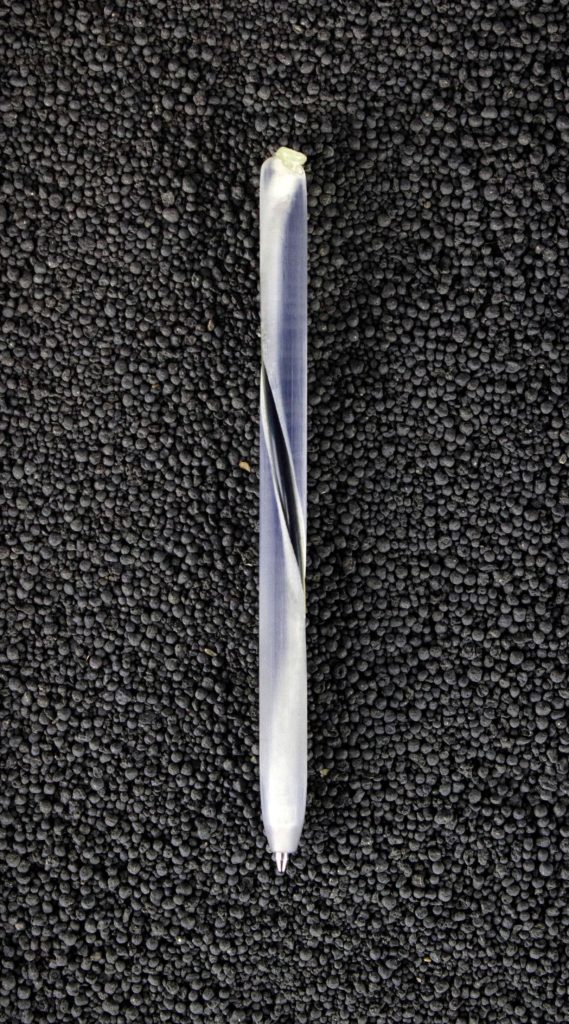 A sustainable pen has been created by recent PRATT INSTITUTE graduate GARRETT BENISCH. As his thesis project, Benisch was looking for a way to repurpose biosolids, organic matter derived from treated sewage. According to Benisch, New York City alone dumps an average of 2.8 million pounds of biosolids into landfills per day. Benisch collaborated with the NEW YORK DEPARTMENT OF ENVIRONMENTAL PROTECTION and a California-based startup working with bioplastic, and found a solution: biosolids carbonized with sunlight and a Fresnel lens. The material is then ground by hand and suspended in natural oil to create ink. The pen’s barrel is constructed with a heat-molded top that allows easy cartridge replacement, and the entire pen is designed for mass production at a competitive price. 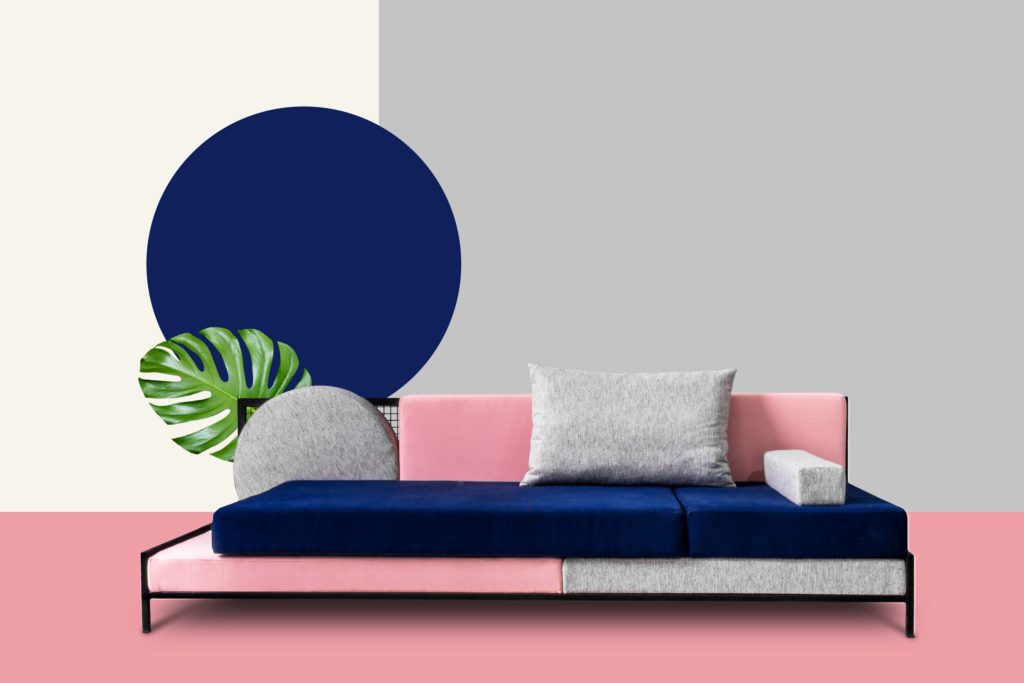 The iconic 1980s game Tetris has inspired a couch. Created by Brazilian design firm MANGA ARQUITETURA, the TETRIS SOFA was designed as a comfortable seating option with defined lines. “The main idea behind it was to create a transformative piece of furniture perfect for many different purposes: hanging out with family, working in an in-home office, or even sleeping when an extra bed is needed,” states an article from Design Milk. The Tetris Sofa is both versatile and multifunctional, the perfect piece for any constantly shifting home.

Portland’s first roundabout has been designated as the next space for a public art installation. Located at Brighton and Deering Avenues and Falmouth Street, the traffic circle will be constructed by the MAINE DEPARTMENT OF TRANSPORTATION in 2020. Portland’s PUBLIC ART COMMITTEE reviewed proposals from four artists across the country and selected sculpturist MARK PETTEGROW to complete the work, which will sit in the center of the roundabout. While the committee is still waiting for approval from the city council, the estimated budget for the public art project is $75,000. Design development will be guided by the Public Art Committee in coordination with Public Works, landscape architects, and neighborhood stakeholders such as the University of Southern Maine, University Neighborhood Organization, and district councilors. 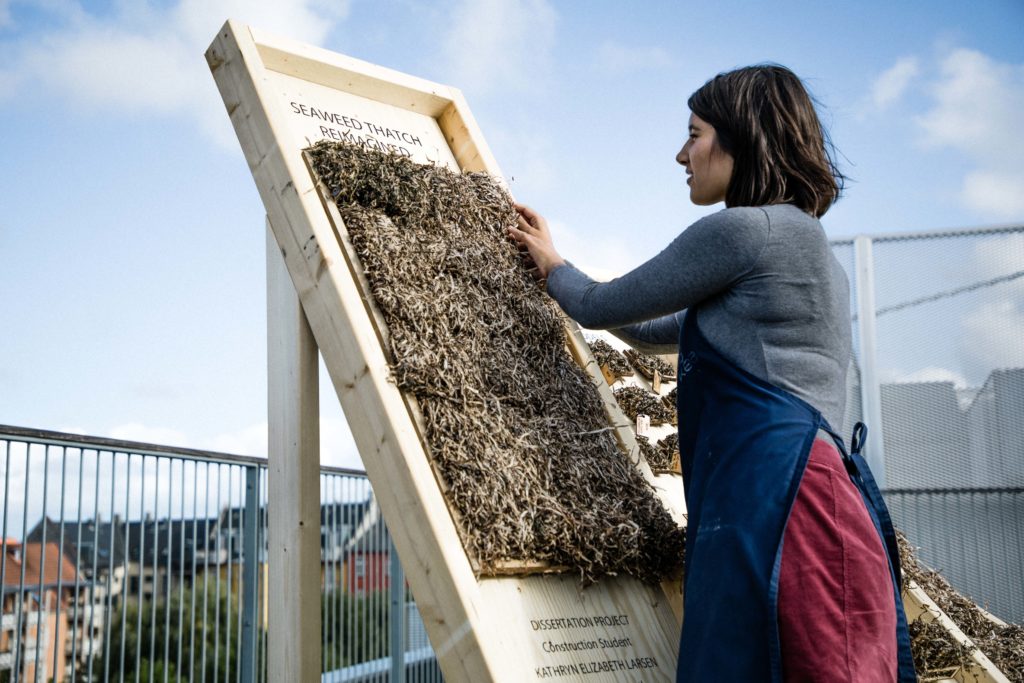 COPENHAGEN SCHOOL OF BUSINESS AND DESIGN student and architectural technologist KATHRYN LARSEN has discovered a modern sustainable building material in seaweed thatching. Larsen’s interest in using seaweed for architecture was piqued after she studied the Viking practice of thatching roofs with eelgrass. “Eelgrass is a fantastic material that is naturally fireproof, rot resistant, carbon negative, and becomes entirely waterproof after about a year,” Larsen says in a Dezeen article. “Plants grow in it, giving the effect of a green roof. It is material that we should be considering seriously in an era of climate change.” Larsen has secured funding to further her research and build more prototypes in the coming years.

Designers HEA-KYOUNG and JUNG-KI of FICT STUDIO have teamed up with TOTAL MARBLE to create a new life for wasted marble fragments. The FRAGMENT SERIES takes unusable pieces of marble waste and sets them into a form with resin to create a functional item. Pieces include stools, chairs, side tables, and trays. South Korea, where the designers are based, does not have marble quarries of its own. The marble is imported from abroad. Since two tons of fragments are discarded daily as industrial waste, the Fragment Series helps the industrial environment, all while honoring the stone’s natural beauty.

The former GREAT SKATES roller rink in Bangor has been reconstructed into a space for special needs students at STILLWATER ACADEMY, which opened September 3. The academy had been based in Brewer for the past 20 years, but the student body has doubled in size and outgrown its location: kids in Maine are being diagnosed with autism at higher rates, and Stillwater Academy has also started taking students with anxiety and other conditions that make public school settings difficult. Students range in age from 5 to 20, and half are on the autism spectrum; the remainder struggle with emotional, social, behavioral, and developmental challenges. COMMUNITY HEALTH AND COUNSELING SERVICES runs Stillwater Academy, and they partnered with Great Skates’ former owner and developer TOM ELLIS to renovate the building.