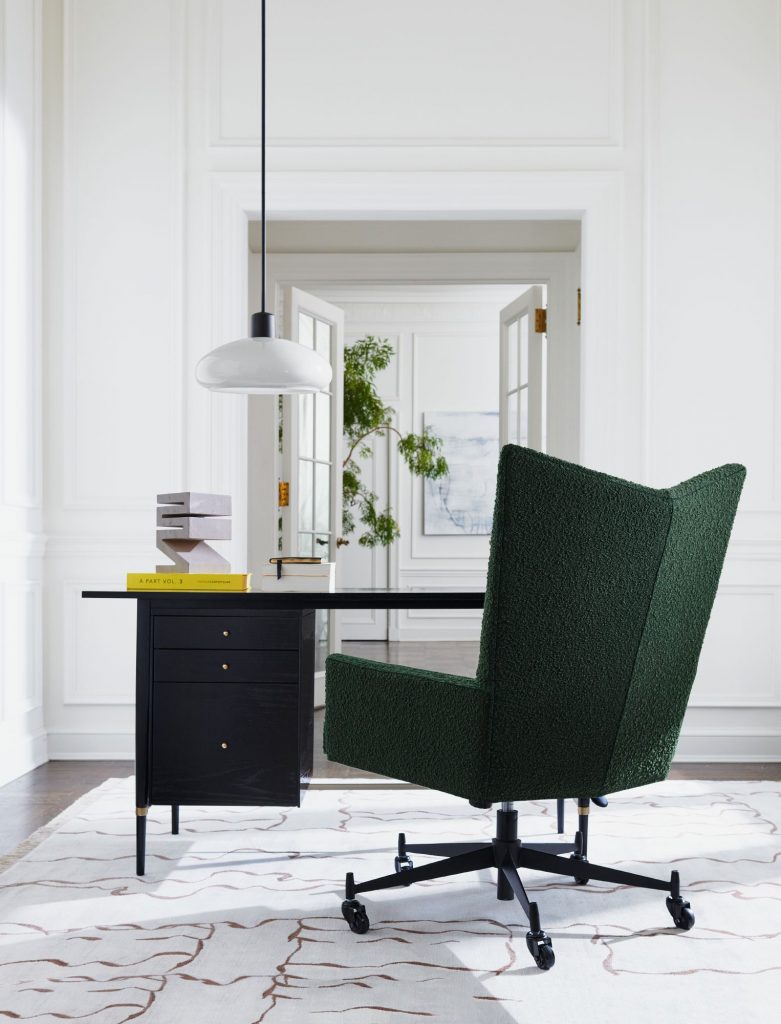 Straight out of the Mad Men era, legendary American furniture and industrial designer PAUL MCCOBB’s most popular pieces, including case goods, seating, and lighting, have been put back into production for the first time in 50 years. Sold exclusively at CB2, the midcentury designs include classics like the canvas lounge chair, seen in the June 1953 issue of House and Garden; a series of brass pendant lights, with each major component being a custom design unique to Paul McCobb lighting; and the designer’s famous wingback chairs. Known for creating fine-quality furnishings at a reasonable price, McCobb was arguably responsible for the introduction of modern design into middle-class American households. Of course, as furniture companies revive McCobb, they are aiming at a more prosperous clientele than the families in postwar subdivisions that McCobb had in mind, but it is safe to say that many of these elegant pieces are still within reach.

THE DEVELOPERS COLLABORATIVE, a local association of real estate developers located on Commercial Street in Portland whose philosophy is based on “common sense applied to land use,” is moving forward with plans to build 140 senior condos in the Deering Center neighborhood. The four market-rate five-story buildings would be located at the former Catherine McAuley High School, between Stevens Avenue and Baxter Woods. The buildings, which cater to folks over 55, would contain a mix of two- and three-bedroom units, which KEVIN BUNKER, a principal at Developers Collaborative, says is to meet a strong demand for larger units than in the previously built 21-unit building. The original proposal met with considerable opposition, but according to the Portland Press Herald, Bunker and Christine Grimando, the city’s urban planning and development director, are hopeful that the need for diverse, off-peninsula housing will bring people on board. Bunker said he hopes to break ground on the approximately $71 million project in the spring of 2022. 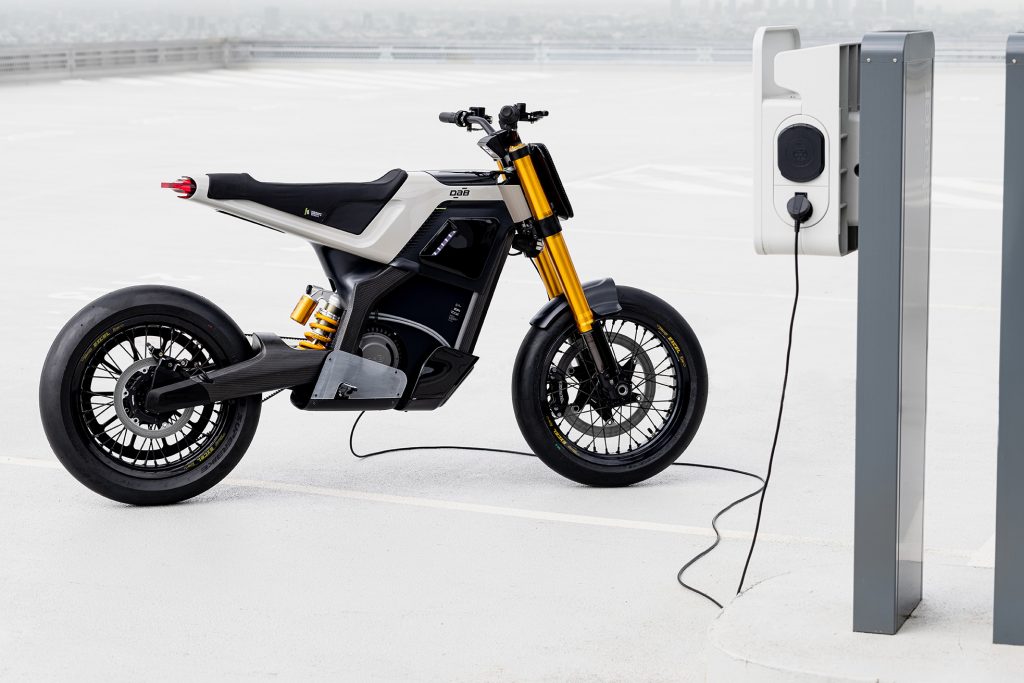 DAB MOTORS, a French motorcycle manufacturer based in Bayonne, France, has developed its first electric motorcycle, the CONCEPT-E. With a minimalist, lightweight silhouette that’s meant to ride more like an electric bicycle than a traditional gas-powered vehicle, CONCEPT-E was conceived in partnership with OUTERCRAFT, a project team with previous experience designing the Coleen E-Bike. DAB Motors describes the super stylish cycle as “a high-tech mobility tool” that is easily driven after a few hours of training. With a 10 kW motor and 51.8 V lithium-ion battery, the DAB Concept-E claims to have a range of around 68 miles, more than enough for most daily commutes. The company, which ships worldwide, says they will build “the bike of your dreams” within two to four months.

A new (affordable) paint brand has entered the design market. DREW BARRYMORE’S FLOWER HOME COLLECTION, which launched at WALMART.COM in 2019, just added a curated set of indoor paints. Conceived with the Flower Home wallpapers in mind, the collection comprises 27 colors that retail for $39 per gallon, with shades ranging from the dark and moody Library Green to the understated Bohemian Peach to the bright Orange Poppy. The paint is both a paint and a primer, and the cans are made from 100 percent postconsumer recycled plastic. According to House Beautiful, Barrymore was inspired by her personal style when selecting the shades. Her main piece of advice when choosing between these complementary colors? Have fun! 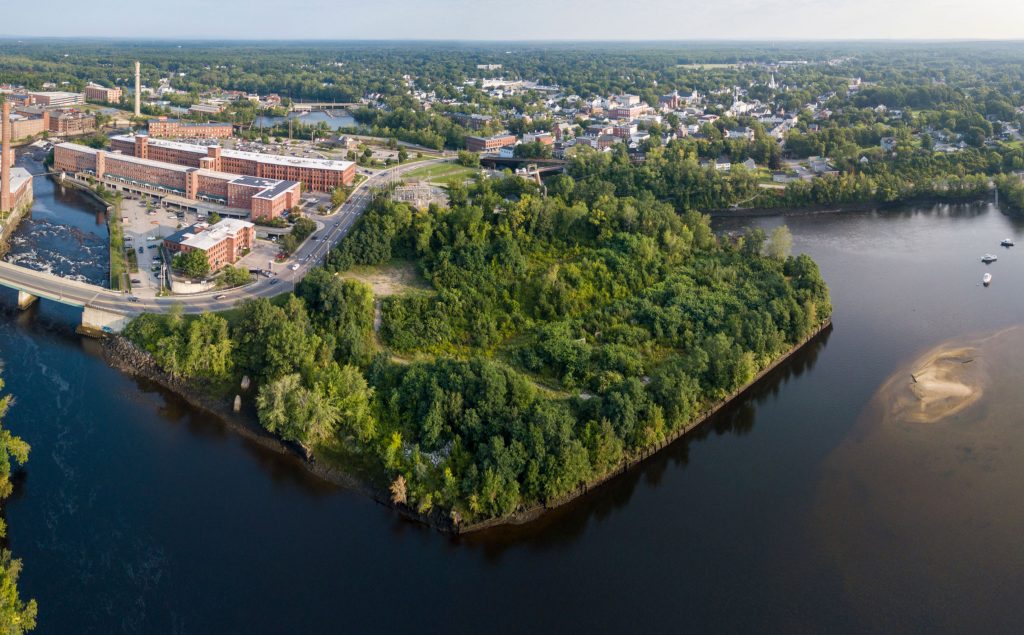 A plan by SACO ISLAND VENTURES has been approved four-to-one by the Saco Planning Board to build 24 three-bedroom townhouses on the east side of SACO ISLAND, a six-acre parcel that has been vacant for decades. Also known as Factory Island, the land is situated in the Saco River and links Biddeford and Saco’s historic mill districts, which over the past decade have been revamped to include housing as well as hip commercial spaces. Edward “Ted” Moore, owner of the property and a principal of Saco Island Ventures, told the Portland Press Herald last July that his company’s goal is to increase residential and commercial vibrancy on the island to support nearby businesses. The land currently generates $8,000 a year in property taxes for Saco and, according to Moore, after completion it is expected to generate over $200,000.

A new community solar project in Belfast is now live, with 880 residential and small commercial customers receiving discounted electricity. The project—a partnership among POWERMARKET, a Brooklyn, New York–based solar management company, REWILD RENEWABLES, and solar energy developers SUNRAISE INVESTMENTS—gives subscribed customers renewable energy credits that go toward their regular electric bill, with a discount of up to 15 percent depending on the project. The Belfast array covers roughly 20 acres of a former hay field and, according to PATRICK JACKSON, cofounder of SunRaise, the developers are planting a local-pollinator seed mix to increase biodiversity on-site, and they intend to have nearby sheep graze at the farm. 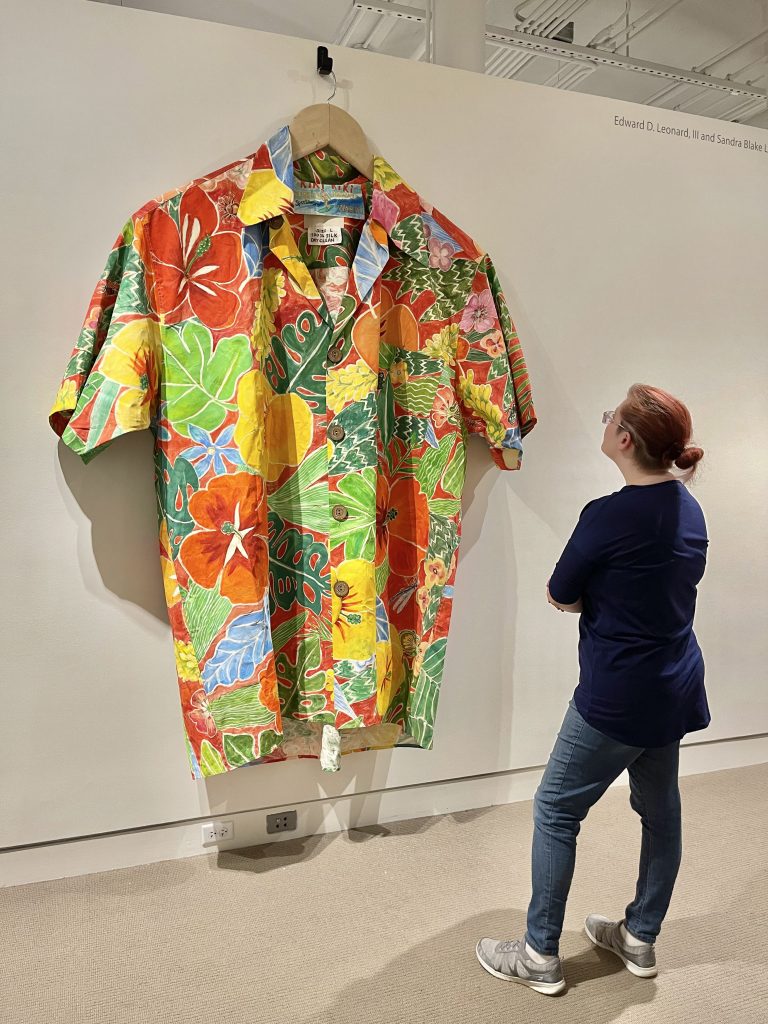 THE ZILLMAN ART MUSEUM (ZAM), formerly the University of Maine Museum of Art, is celebrating the grand opening of five new galleries this fall. Education leaders and arts supporters DONALD AND LINDA ZILLMAN pledged a $1.3 million gift to help finance the construction of the new galleries, which will showcase the museum’s collection of over 4,000 works. Located in the heart of downtown Bangor, ZAM is Maine’s only collecting institution devoted solely to exhibiting and collecting contemporary art. The new exhibitions will include works by San Francisco–based artist Sidney Russell, who paints patterns on canvas then cuts and then sews the pieces into gigantic garments, as seen here in Hawaiian Shirt.

The nonprofit FIRST AMENDMENT MUSEUM (FAM) in Augusta, a new nonpartisan museum focused on educating and inspiring individuals to exercise their First Amendment rights, has made plans to restore their historic Guy P. Gannett House and to complete a 5,000-square-foot addition, which would double the museum’s size. In CEO Christian Cotz’s words, the addition will “allow the completed building
to function as a modern, accessible, interactive museum space focused on inspiring civic engagement.” Working in close collaboration with the Maine Historic Preservation Commission, the Maine Capitol Planning Commission, and the Augusta Planning Board, the museum was recently awarded a $249,500 grant from the INSTITUTE OF MUSEUM AND LIBRARY SERVICES’ Museums for America program to complete the permanent exhibition design by architect Amanda Austin of 2A Architects in Rockport.