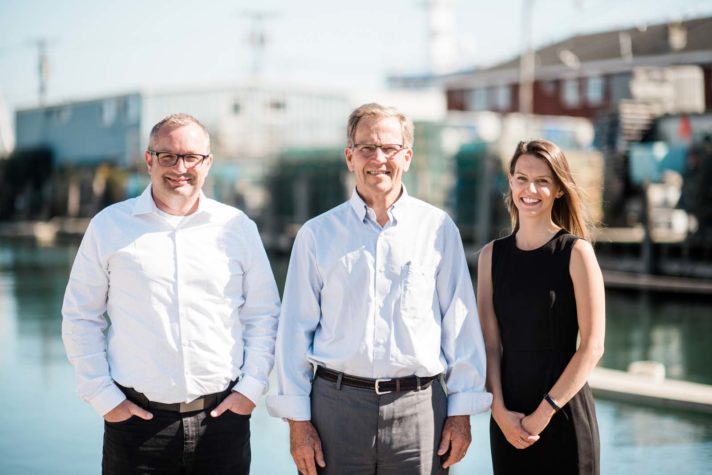 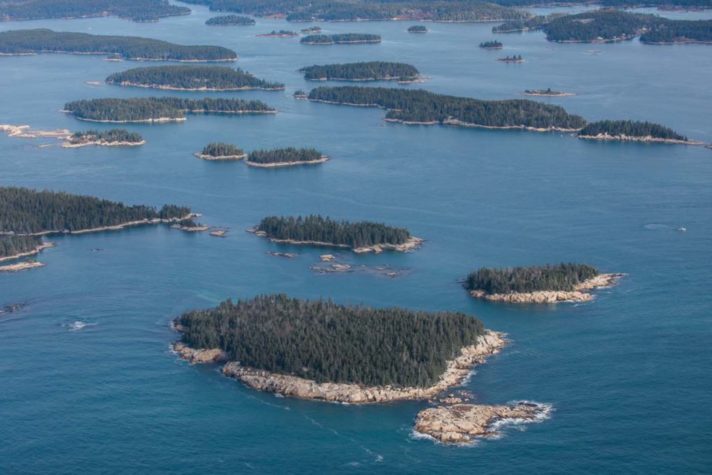 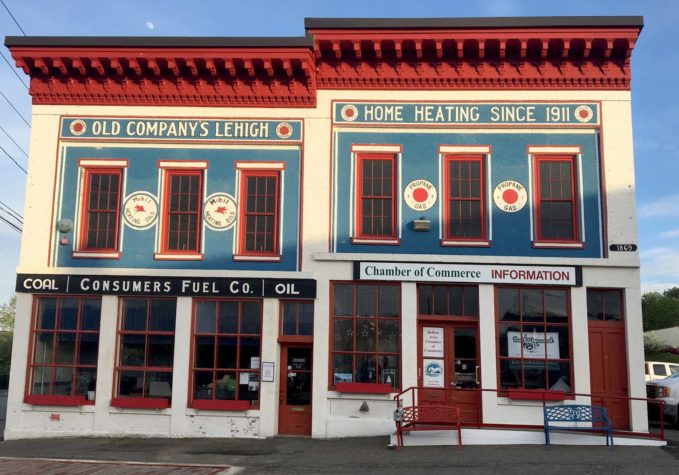 Whitten Architects, a Portland-based architecture firm that has been in business for more than 30 years has recently expanded their leadership team. Joining founder Rob Whitten as principal is Russ Tyson, who has been a member of the Whitten team since 2007, as well as Jessie Carroll, who joins the leadership team as associate principal after more than five years with the firm. Tyson is a member of the American Institute of Architects (AIA), is on the board of the Portland Society for Architecture, and has been instrumental in the success and steady growth of Whitten Architects over the past ten years. Carroll is an adjunct faculty member at University of Maine–Augusta and is on the AIA Maine board of directors. She brings knowledge about the extensive world of urban architecture from working at several Boston-based architecture firms. Whitten Architects focuses exclusively on residential design and has won a number of awards since its inception in 1986.

Plans for two large-scale housing units have been approved by the South Portland Planning Board. The first building will be constructed on the site of the former Saint John the Evangelist Church and will create more than 40 affordable units. The second building will house over 250 market-rate apartments located at 450 Clarks Pond Parkway near the Maine Mall. Rent for the 40-unit building will range from $770 to $1,081 a month and will be based on income; rent for the units at Clark’s Pond Parkway will range from $1,100 to $1,500 a month. Construction is slated to begin next fall and be completed by fall 2020.

New Gen Ventures is committed to the environment and efficiency for guests, and this commitment is on display in the new South Portland Home2 Suites hotel. The building is equipped with a cogeneration heating system, in which gas-powered heat regenerates and provides much of the energy for the building. Outdoor sidewalks are heated and require less salt in the winter months, and an underground water filtration system treats runoff from the parking lot. New Gen Ventures stresses sustainability in all of its hotels and actively works to reduce waste. Home2 Suites opened in July and is the first of its kind in New England.

A new product for coffee and tea drinkers has hit the market. Soma has created The Brew Bottle—a 12-ounce, BPA-free bottle designed for tea or coffee lovers to brew their favorite beverage at home or in the office and take it with them. The Brew Bottle comes with a stainless-steel filter that enables two types of brewing: immersion and pour-over. The mesh filter keeps loose tealeaves and coffee grounds from entering the drink but allows natural aromatics to come through in order to create the perfect-tasting beverage. The double-glass walls of the reusable bottle help to maintain both hot and cold temperatures. If users prefer cold-brew, they can simply combine coffee grounds or tea leaves with water and leave the bottle in the fridge until the time is right.

Looking to create a community hub in downtown Belfast, Paul Naron has purchased two waterfront properties on Front Street. Combined, the buildings have two acres of land and 400 feet of water frontage. Formerly owned by the Consumer Fuel Company, Naron hopes to convert 15 Front Street into a world-class restaurant or pub. As for 7 Front Street, Naron would like to either turn it into a retail space or relocate the town’s farmers’ market there. He has met with an engineer to discuss design possibilities for the existing spaces, which may include adding larger windows to take advantage of views of the Passagassawakeag River. As for the 400 feet of water frontage, Naron is considering adding more docks to the marina, but nothing has been finalized yet.

The Pepperell Mill Campus in Biddeford has contracted Revision Energy to install the largest privately held solar energy project in Maine. When completed, the solar panels will produce more than enough energy to meet the needs of the residential units in the former mill. More than an acre of panels are slated to be installed by December. Mill owner Doug Sanford is planning to spend between $500,000 and $1 million on the panels, but they have a lifespan of 40 years and will have paid for themselves in 10. The campus currently houses 115 businesses and 100 residential units. Since 2004 Sanford has invested roughly $50 million into the buildings. More than 65 percent of the complex has been updated, with plans in the works to add more housing, light industrial space, and a hotel.

Swarovski and international design firm IDEO have designed a new chandelier. Swarovski wanted to modernize the traditional chandelier, so the two companies teamed up  to design Infinitive Aura—a chandelier that has been flattened into a ring and lined with LED lights and glass sheets. Swarovski crystals  are placed inside the glass sheets, which reflect the LED lights endlessly and create an infinite mirror effect. To make it even more modern, the fixture is connected to an app that gives the user the ability to control the lighting; preset modes within the app allow the user to choose the intensity and color of the light based on the setting and desired mood. Swarovski’s mission is to emphasize art and craftsmanship, and they seek to use technology in a way that will “enhance what the brand already stands for,” says Ideo’s executive design director, Elger Oberweltz. The pendant is available through certified retailers this fall.

General contractor J.M. Brown is constructing a new 15,540-square-foot horse arena for the Maine State Society for the Protection of Animals (MSSPA), expected to be completed this fall. The goal of the new arena is to consolidate the organization’s offices and create a 120-by 84-foot indoor space for the resident horses. In the past the MSSPA has struggled with outdoor conditions while caring for their horses—many of the horses in their care are old, ill, or have been abused, and it’s not safe to bring them outside in harsh weather—so the new arena allows plenty of room inside for freedom and training of the animals. In addition to the arena, other site improvements include public restrooms and a meeting room, sanitary veterinarian space, wash room for the horses, tack room, and laundry room as well as a paved parking lot and much more. After the $2 million project is completed, MSSPA’s operations will be all under one roof for the first time in history. The nonprofit farm relies heavily on volunteers and donations, and the new building will provide space to start educational programs and to host larger events.

The largest coastal conservation  campaign in Maine’s history  was announced by the Maine Coast Heritage Trust (MCHT), with a goal of raising $125 million by the end of 2019.  The campaign began in 2014  but was kept quiet until enough  momentum had been gained to make a public announcement;  $100 million has since been raised for the campaign. Since 2014 MCHT has completed 110  conservation projects, with many more in the works. This campaign will help to fund coastal conservation projects, improve public coastal access, and conserve coastal habitats threatened by climate change, sea-level rise, and development. The MCHT has saved more than 150,000 acres of Maine’s land, including over 300 coastal islands, since it began in 1970. The MCHT also partners with local land trusts and municipalities in order to maximize all campaign efforts across the state of Maine. 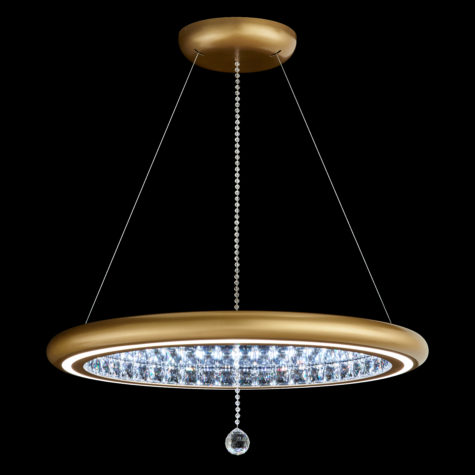 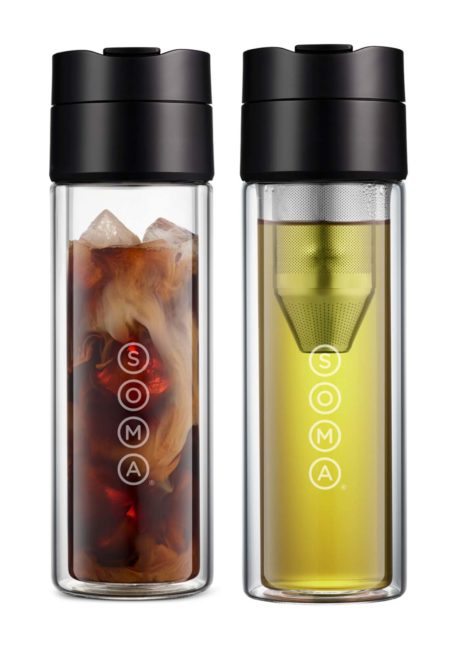 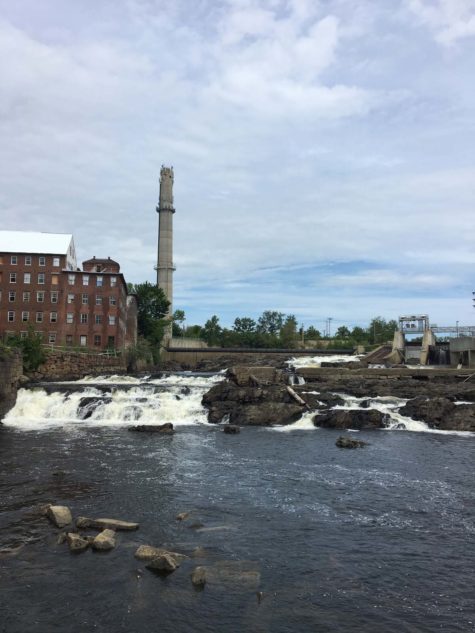