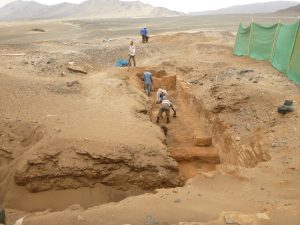 Led by archaeologist and UNIVERSITY OF MAINE graduate Ana Cecilia Mauricio, an international research team has discovered the oldest adobe architecture in the Americas, along the northern coast of Peru. Referred to as LOS MORTEROS, the area was initially thought to be a burial ground until other UMaine researchers, professor of anthropology Dan Sandweiss and associate research professor Alice Kelley, used ground penetrating radar technology to examine the site. Made from pre-Hispanic mud bricks, the structure dates the invention of adobe architecture to over 5,100 years ago. Mauricio began her research on the topic while earning her doctorate from the UNIVERSITY OF MAINE CLIMATE CHANGE INSTITUTE, and conducted archeological and geoarchaeological studies of the area while working as a professor of archaeology at the PONTIFICAL CATHOLIC UNIVERSITY OF PERU. 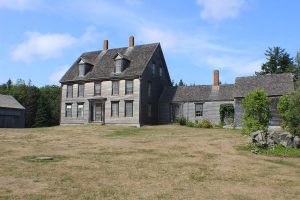 In honor of Maine’s 200th year of statehood, in August 2021 MAINE PRESERVATION unveiled DRIVE ME: HISTORIC TOURS, a series of drive-by educational tours of historic buildings around the state. Created in partnership with the MAINE OFFICE OF TOURISM and MAINE BICENTENNIAL COMMISSION, the project consists of 26 tours of properties throughout southern Maine and is designed to connect people with the state’s heritage. Notable buildings that can be visited include the Olson House in Cushing, where artist Andrew Wyeth painted Christina’s World, and the Harriet Beecher Stowe House in Brunswick, where the author wrote Uncle Tom’s Cabin. 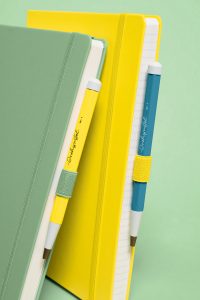 Inspired by a pen model from the 1920s, German design firm PAPERLUXE STUDIO and stationery brand LEUCHTTURM1917 have partnered to create the DREHGRIFFEL PEN, a lightweight writing implement made out of milled aluminum and brass. Paying homage to the era when Leuchtturm1917 was founded, the pen has a hexagonal barrel, a twisting mechanism to expose the nib, and the word drehgriffel inscribed on the side in Sütterlin, a font named after the style of handwriting taught inGermany at the start of the twentieth century. With the intention of creating a unique and enjoyable writing experience in the age of technology, the pen is named after the words dreh, which means “to twist,” and griffel, referring to the stylus, the first known writing implement. 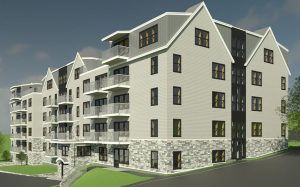 A 50-unit luxury condominium complex is slated to be built in a three-acre lot along Route 1 in Cumberland Foreside, with the goal of breaking ground at the end of this winter. Inspired by the recent housing boom and influx of young professionals moving to Maine, the project, called THE MARK AT CUMBERLAND FORESIDE, was proposed by John Snell of SNELL CONSTRUCTION in Brunswick and Mark McClure, managing partner of GENX CAPITAL PARTNERS, a real estate investment banking and development firm with offices in Portland and Miami. The site plan for the project was created by SEVEE AND MAHER ENGINEERS of Cumberland, and the designs for the structure will be developed by MARK MUELLER ARCHITECTS and SHINBERG CONSULTING in Portland. The five-story building will consist of one- , two- , and three-bedroom condos, with smaller units on the bottom floors and larger units with rooftop decks on the top floor. Other amenities will include an underground parking garage, an aboveground parking lot, a fitness room, a meeting space, outdoor grills, a dog walking area, and a complimentary Starbucks coffee station.

Designed to show how the auto industry can embrace a circular economy, the I VISION CIRCULAR (a car made from recycled and recyclable materials that was created with the intention of easy disassembly) was developed by BMW GROUP as a part of their overall goal and commitment to become carbon neutral by 2050. Featuring quick-release buttons throughout the vehicle, the car is held together by detachable connections based on the BOA LACING SYSTEM most commonly used in snowboard boots, which features a wire that tightens when a button is twisted and slackens when the button is pressed. When pushed, the part of the car that the button corresponds to quickly falls apart, making it easy to recycle or replace. Although the four-seat vehicle is not designed to go into production, a model was on display at the SUSTAINABLE INNOVATION FORUM at the COP26 CLIMATE CHANGE CONFERENCE in November 2021, serving as a model of ways that the auto industry can reduce a car’s carbon footprint. 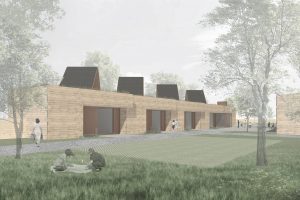 In an effort to encourage, expand, and sustain dialogue that is fundamental to a diverse arts community in Maine, the ELLIS-BEAUREGARD FOUNDATION in Rockland plans to build a campus on Knowlton Street to house and provide high ceilinged, 19- by 21-foot, individual studio spaces for up to four artists. Adjacent to the building where the foundation’s offices are located (and where artist couple Joan Marie Beauregard and John David Ellis once lived), the new building complex will be a transformative gathering space for artists. Working with Matthew Baird of BAIRD ARCHITECTS, the project will include private studio and living spaces for individuals, as well as communal cooking, exhibition, and performance spaces. It is conceived of as a net-zero energy project, utilizing solar-generated electricity and employing various construction and system techniques to mitigate its carbon footprint to create a sustainable and exciting foundation for the arts in Maine, and an additive piece of the rich cultural assets of Rockland. 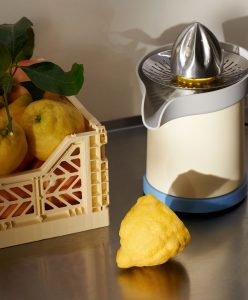 Just in time for spring colors and flavors, Danish design studio HAY has debuted the SOWDEN JUICER, the latest addition to a collection of kitchen appliances and products created in collaboration with British designer GEORGE SOWDEN. Available in a variety of color combinations in the signature, vintage palette of Sowden’s previous Hay designs, the Sowden Juicer is a playful take on a classic kitchen staple. Both easy to clean and durable, the juicer is made from stainless steel and silicone, and features a removable filter that allows users to choose whether or not to include pulp.