Two grants totaling $2.5 million were awarded to the UNIVERSITY OF MAINE’S ADVANCED MANUFACTURING CENTER to upgrade their equipment and accelerate additive metal manufacturing in Maine. Of the grants, $1.5 million is from the U.S. ECONOMIC DEVELOPMENT ADMINISTRATION, the UNIVERSITY OF MAINE, and the MAINE TECHNOLOGY INSTITUTE. The remaining $1 million comes from the NATIONAL INSTITUTE OF STANDARDS AND TECHNOLOGY’S MANUFACTURING EXTENSION PARTNERSHIP COMPETITIVE AWARDS PROGRAM, which will support the CENTER FOR ADDITIVE MANUFACTURING OF METALS. The Center for Additive Manufacturing of Metals opened in July and houses one of the only 3-D metal printing centers at a U.S. university. “Learning on the latest technology is critical to our students and industry workforce development,” says John Belding, director of the Advanced Manufacturing Center in a news release. The new equipment will be available to Maine entrepreneurs and businesses and their employers. 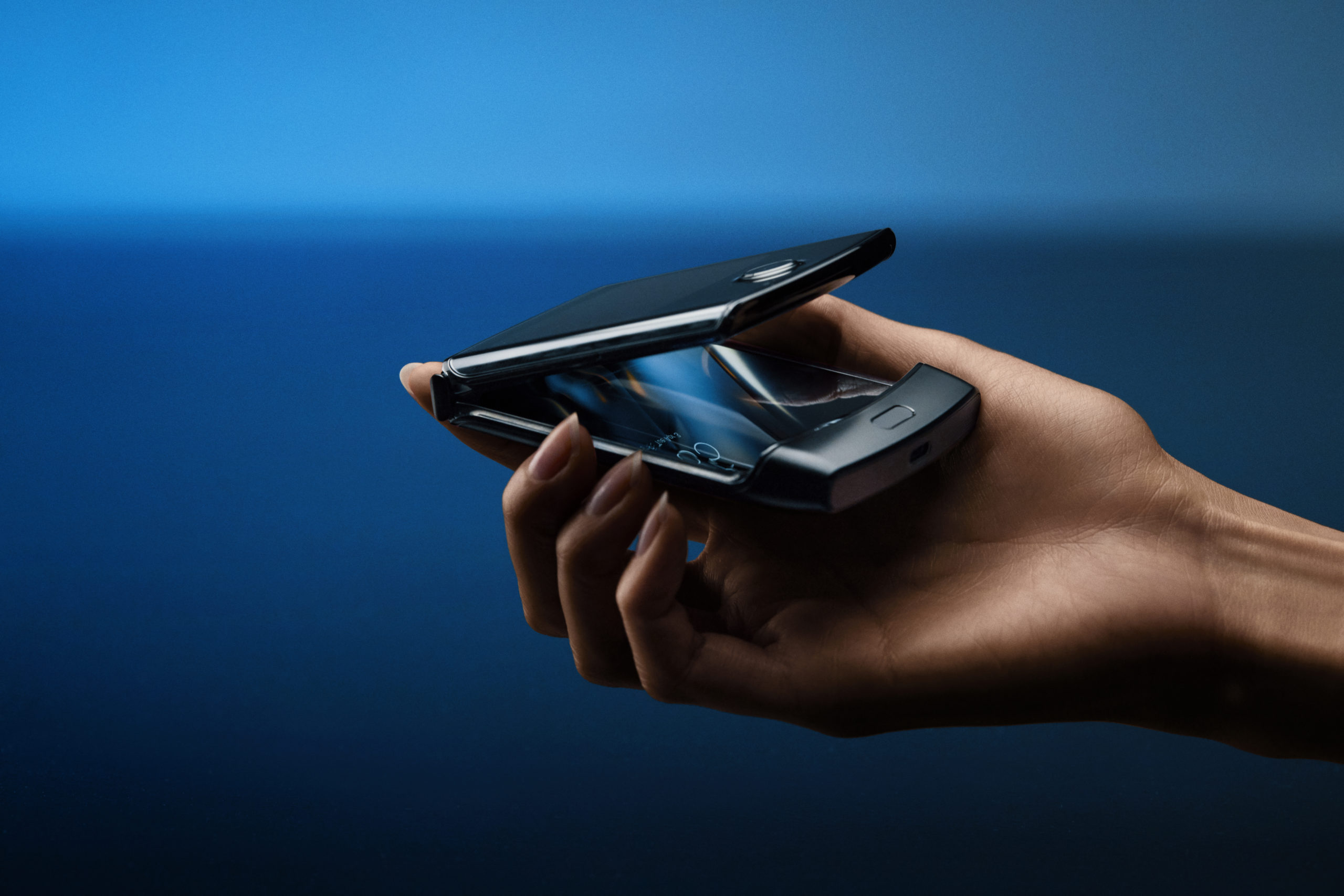 Foldable smartphones are the newest trend, and MOTOROLA is bringing back a classic in
a new way. The RAZR, an icon of millennial culture, will relaunch this year in its same recognizable shape, but with a 6.2-inch OLED touchscreen display replacing the original screen and keypad. The new display is made of ﬂexible plastic so there’s no visible seam, and the phone folds horizontally rather than vertically, which sets it apart from other folding phone models. The Razr’s notable “chin” remains but has been upgraded with a four-speaker system, ﬁngerprint reader, and USB-C port. When closed, the front “Quick View Display” shows notiﬁcations and allows for music control and selﬁes. 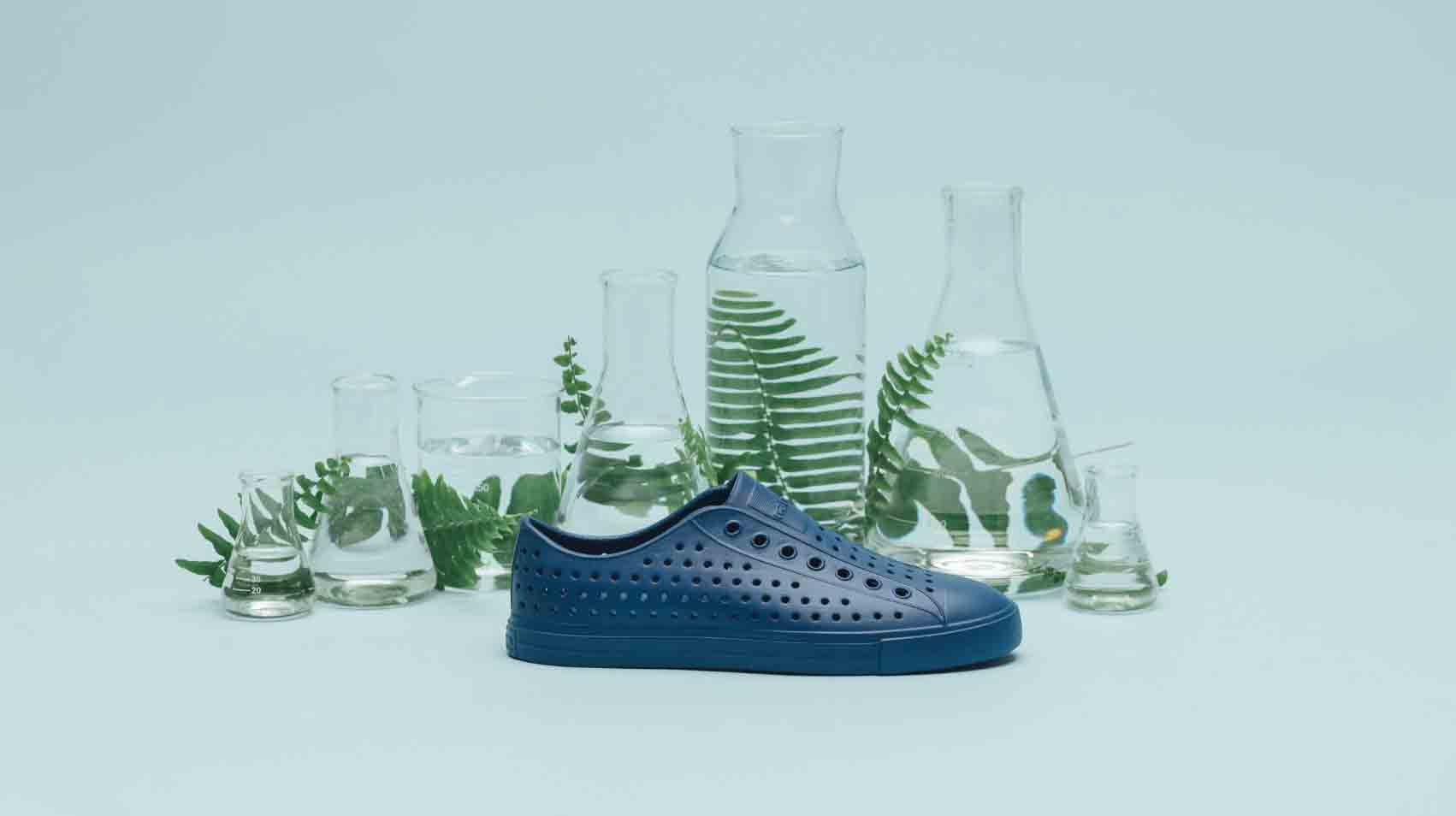 NATIVE SHOES has developed a sneaker made from a single piece of algae-enriched plastic in an effort to make the footwear industry more sustainable. Ten percent of the shoes’ design is created with BLOOM foam, which is made from repurposed algae from local waterways. Special tanks ﬁlter and remove algae from water. Water is then released back into the environment, while the collected algae is dried into a biomass and formed into pallets that are expanded into a foam; the foam is then turned into footwear. The result is a durable, water-resistant, and washable shoe. Once it reaches the end of its usable life, the slip-on sneaker can be recycled through Native Shoes. 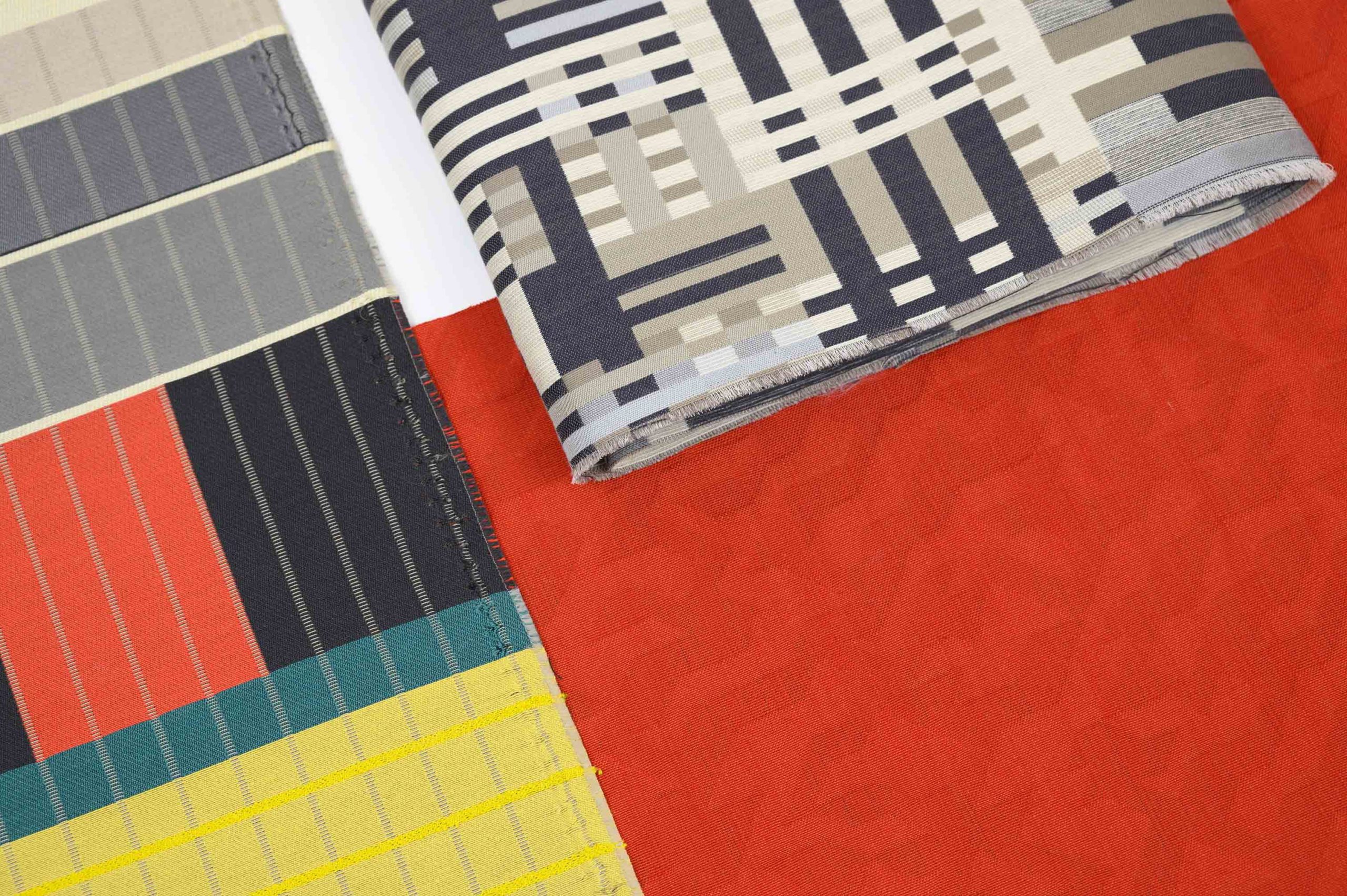 New York–based DESIGNTEX has given new life to textiles created by GUNTA STÖLZL and ANNI ALBERS during their time at the BAUHAUS SCHOOL. Called THE BAUHAUS PROJECT, the textiles have been turned into a series consisting of eight upholstery textiles and eight digitally printed wall coverings. “We felt strongly that the women hadn’t yet gotten as much recognition as they should have,” says Designtex president Susan Lyons, who spearheaded the fabric series. After coming across the designs, Lyons wanted to recreate them for everyday use. In order to move the designs into mass-made prints, Designtex referred back to geometric plans created by the designers on graph paper and carefully noted colors used. The Bauhaus Project coincides with the school’s 100th anniversary.

Japanese design studio NENDO is at it again with innovative ideas. This time, they have created the ideal utensil for eating cup noodles. Called “The Fork,” it looks like a spork with a curve. The design allows the utensil to reach the bottom of the cup, and the handle is tilted so there’s no need to bend your wrist—the design even considers left-and right-handed tendencies and comes in two models. The prongs are curved to match the exact angle of the cup’s walls and are bumpy to help grab noodles. The Fork even has a small slit to clip it onto the lid when not in use. 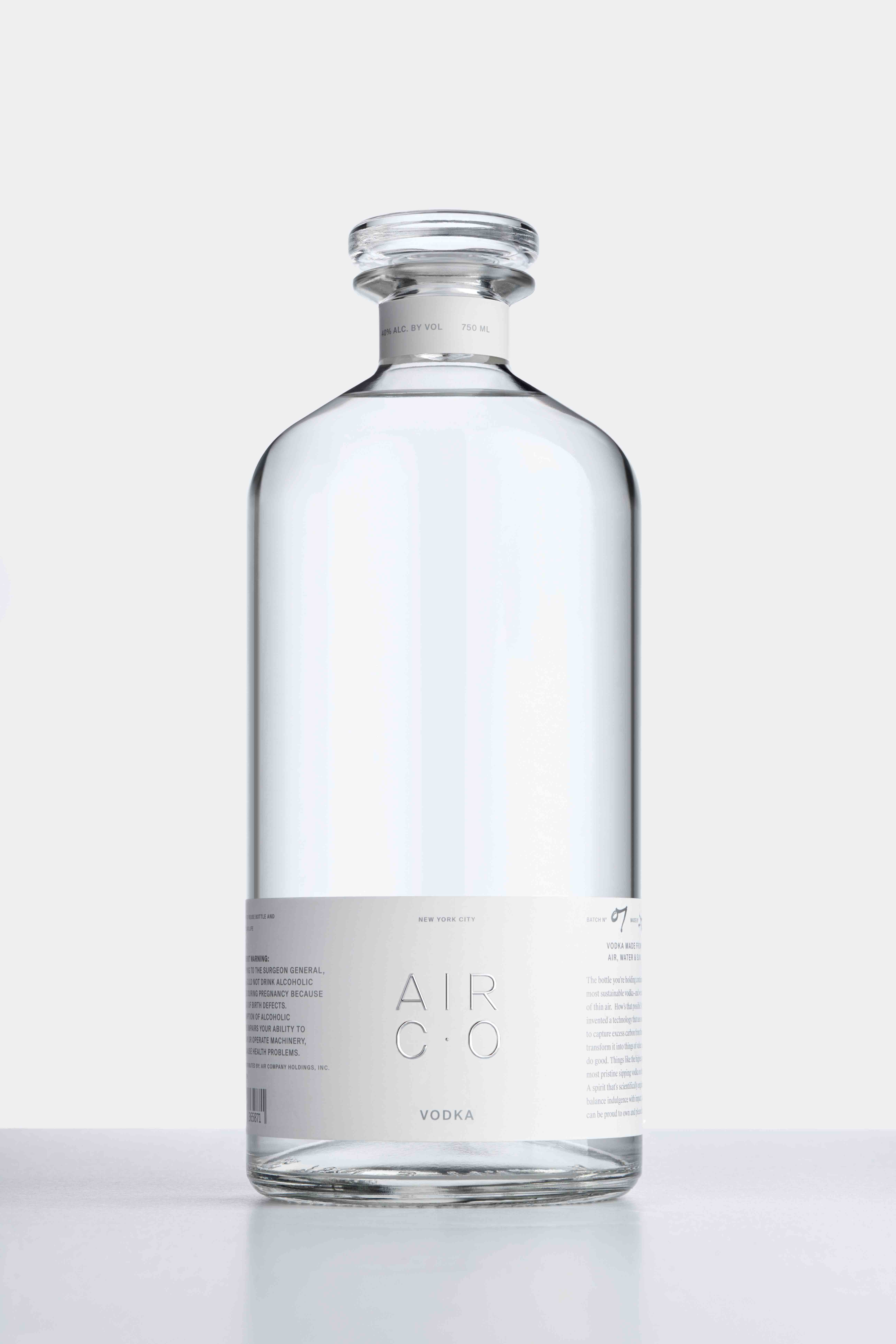 The “world’s ﬁrst carbon-negative vodka” is here. Brooklyn-based AIR CO. has created a process that turns carbon dioxide into alcohol. Cofounders and electrochemists STAFFORD SHEEHAN and GREG CONSTANTINE worked with a partner to source carbon dioxide from ethanol factories and beverage manufacturing plants: the gas is captured and liquiﬁed, then brought to Air Co.’s facility. Through an electrical energy process called electrochemical conversion, carbon dioxide is converted into ethanol. The vodka is considered carbon negative because the amount of carbon released during production is only 10 percent of the carbon collected to make the spirit, and since the vodka is made from air, the need to grow and harvest crops is completely eliminated, making it incredible sustainable to produce. 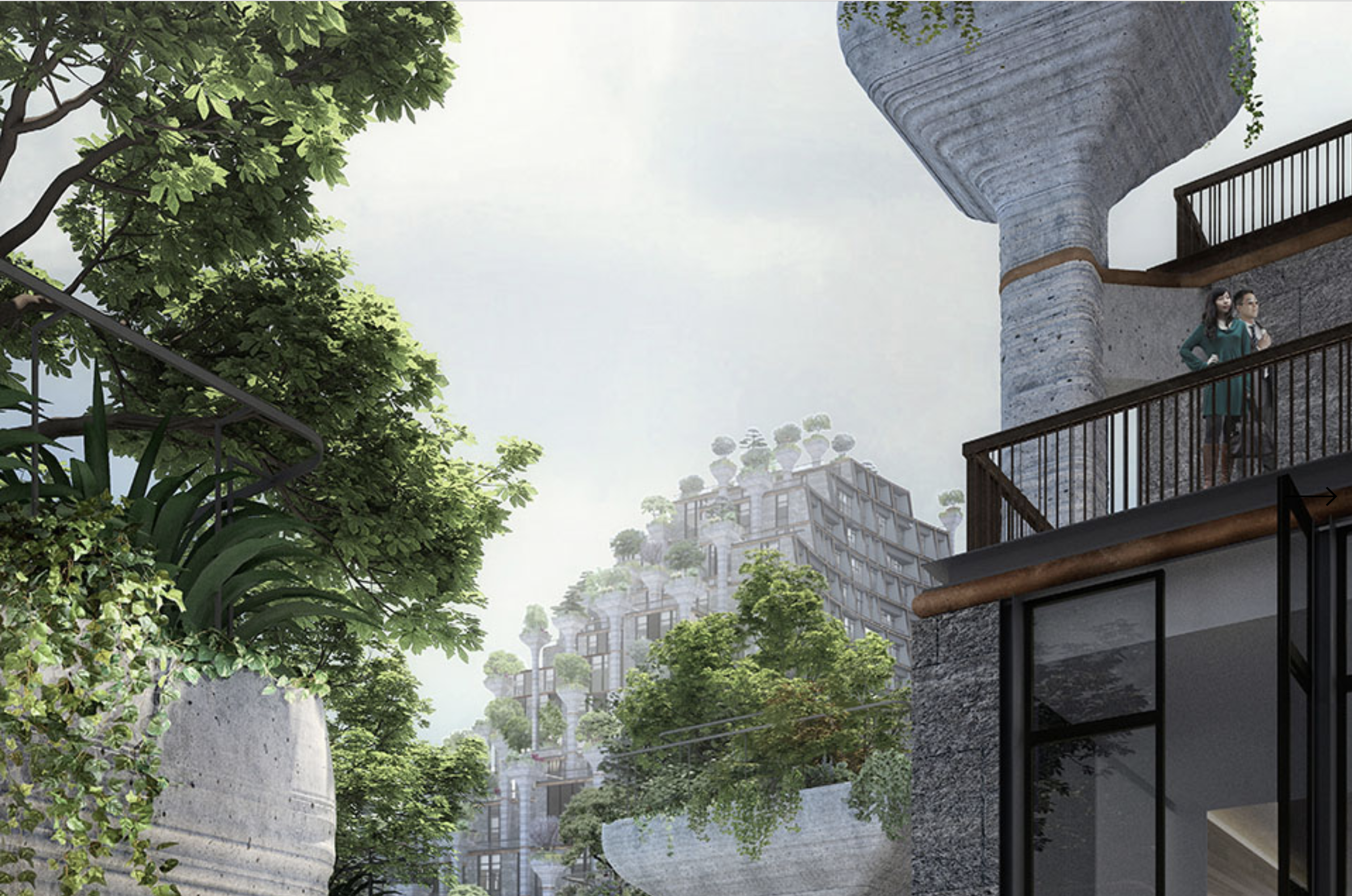 HEATHERWICK STUDIO has unveiled its 1,000 TREES project in Shanghai: two buildings resembling “mountain-like peaks,” covered in thousands of plants and trees, will contain retail spaces, offices, eateries, event venues, and galleries. The greenery is housed in giant planters atop concrete columns that span the entire project. Collectively, about 25,000 plants—46 different species, including shrubs, perennials, and climbers—are present; more than half are evergreen, and each planter contains a unique combination of plants sourced from Shanghai’s Chongming Island. Once the project is completed in 2020, the second building will be larger and more diverse than the ﬁrst, and the two buildings will connect via an enclosed link bridge, tunnel, and ground-ﬂoor drop-off. 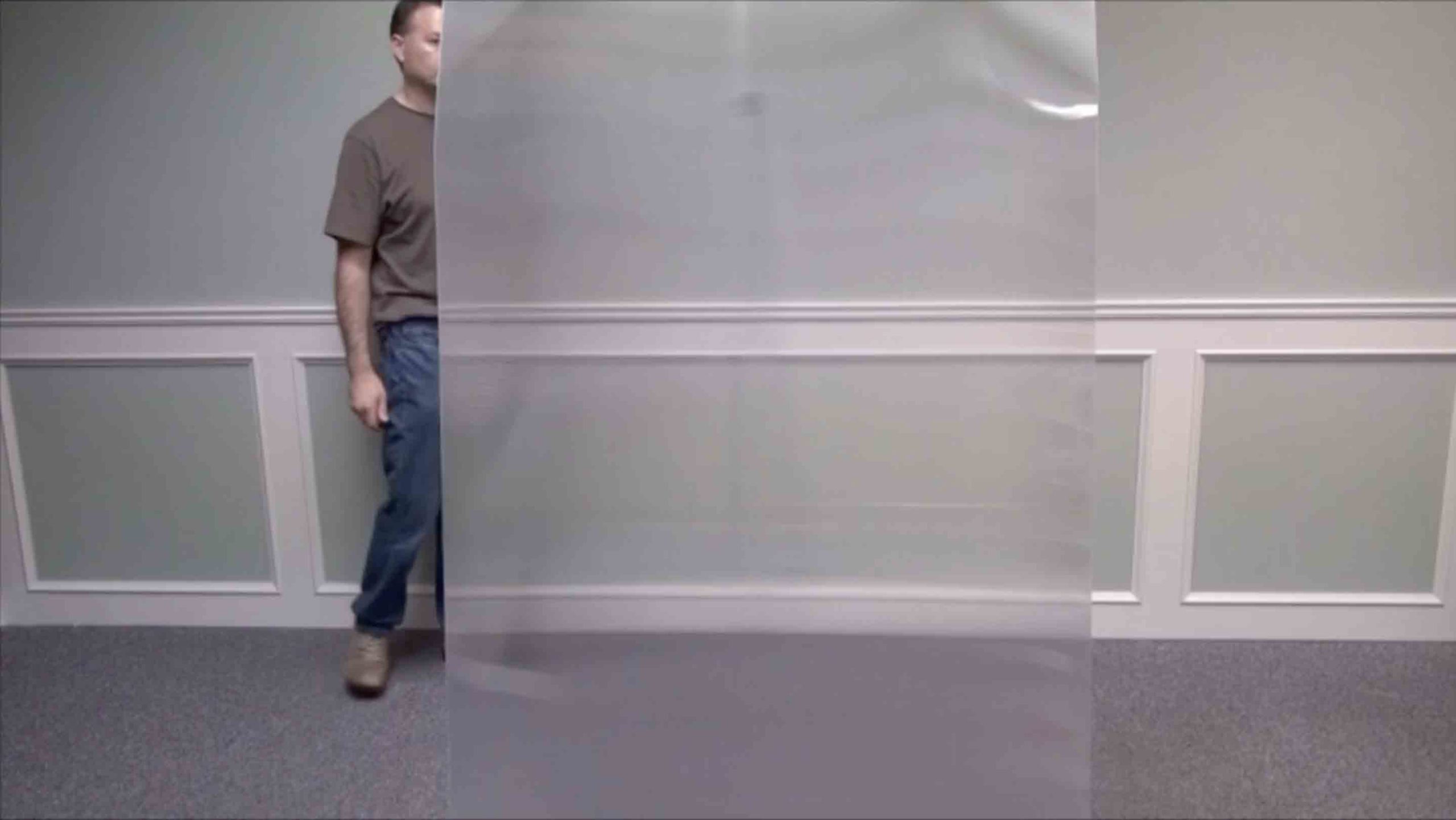 Canadian camouﬂage company HYPERSTEALTH BIOTECHNOLOGY has created a material that can function as an invisibility cloak. The material, called QUANTUM STEALTH, was primarily developed for military purposes to conceal agents and equipment, and it works in any environment or season, at any time of day. The material is made from a corrugated sheet with ridges made up of lenticular lenses, or outward-curving lenses, that refract light, creating “dead spots” that conceal all but the background. The material is lightweight, inexpensive to make, and no thicker than a sheet of paper. Its effectiveness, however, is limited. Subjects need to be a certain distance away in order to be concealed, and certain viewing angles won’t completely conceal a subject. Beyond military use, CEO GUY CRAMER says that he was able to use the material to triple the energy output of solar panels thanks to its reﬂective properties.