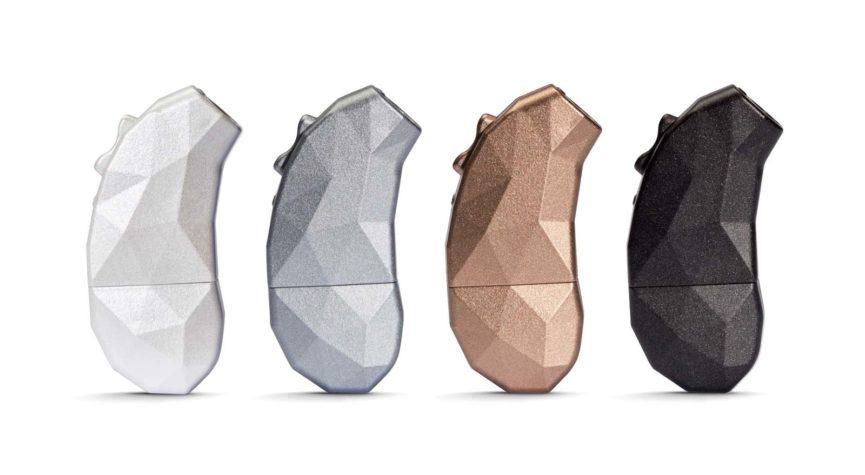 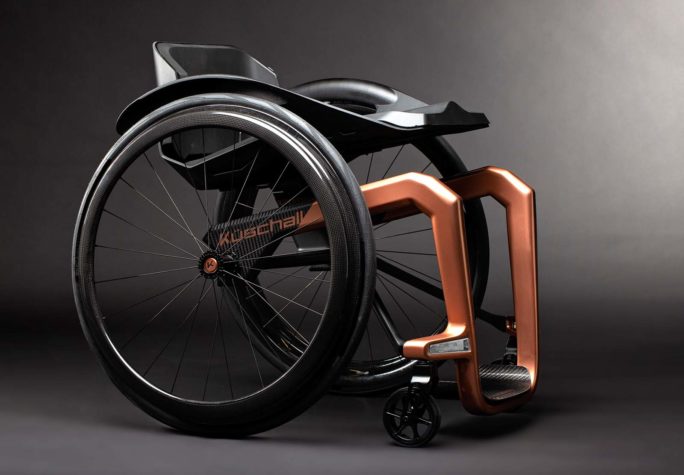 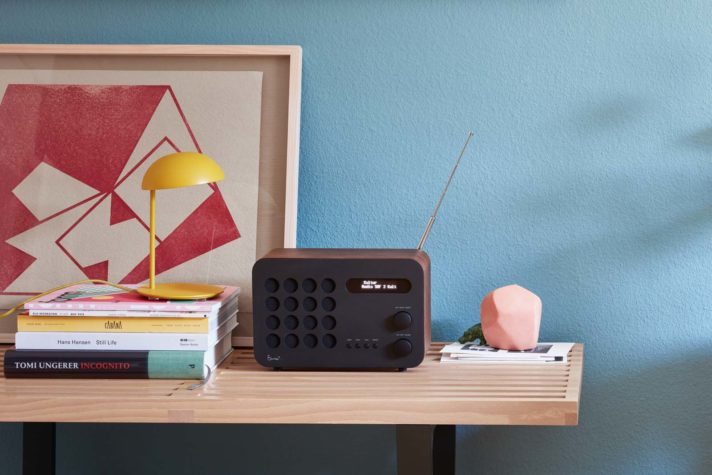 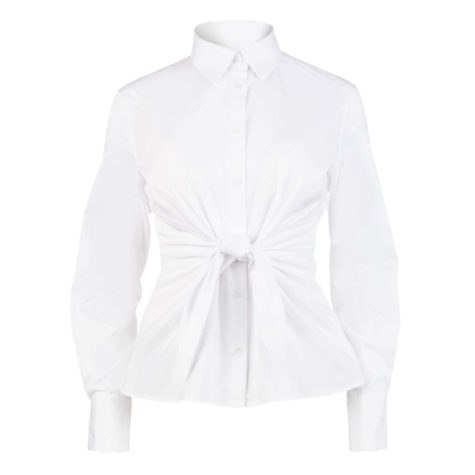 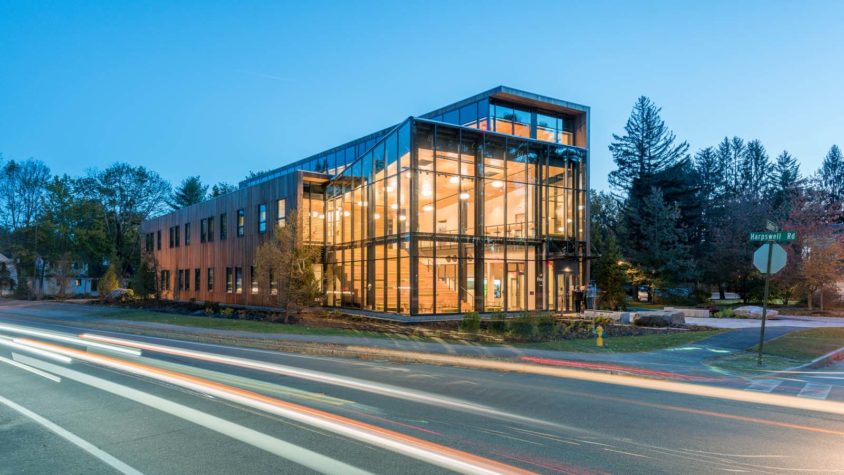 The Roux Center for the Environment 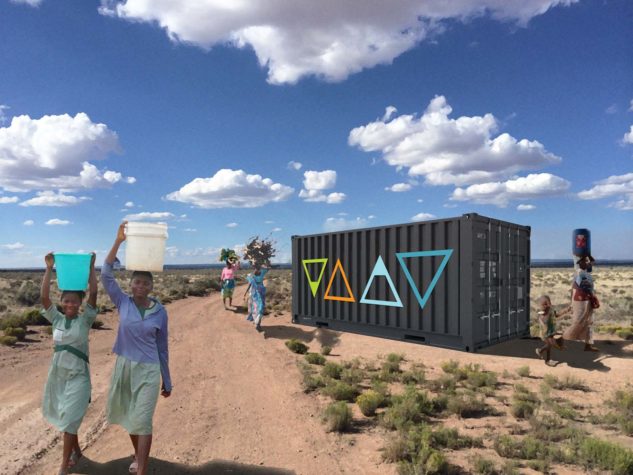 The hearing aid has been redesigned. Australian designer LEAH HEISS reimagined the FACETT HEARING AID to mimic a jewel. In an interview with Dezeen, Heiss says, “Facett seeks to shift the stigma of hearing loss, to move these devices from disability to desirability.” Designed for Australian company BLAMEY SAUNDERS HEARS, the jewel-shaped aid comes in subtle, glittering shades of silver, rose gold, black, and white. Facett is made with two parts, one of which houses a battery that is easily recharged, replaced, or upgraded while keeping the “core” in use. Each Facett aid comes with two rechargeable modules, allowing the user to always leave one set charging. Each battery remains encased in the module and magnetizes to the core so users with limited dexterity can easily operate the device. Plans for future modules will allow users to update the aid without replacing it entirely.

The world’s lightest wheelchair is here, and it’s made with space-age materials. Switzerland- based wheelchair manufacturing company KÜSCHALL has joined INVACARE, an American manufacturer of home and long-term care products, to create the KÜSCHALL SUPERSTAR. The body of the Superstar is made with graphene, which is lightweight, ultra-durable, 200 times stronger than steel, and 2 times stronger than carbon—the use of graphene allows the chair to be 30 percent lighter and more responsive to touch and power. The seat cushion and backrest are fully integrated, designed for posture and comfort and can be customized to the user. Küschall Superstar’s design enhances direct drive, which increases propelling efficiency and reduces the risk of upper-body injuries.

ND PAPER has purchased the OLD TOWN PULP AND PAPER MILL and 100 acres of land for an undisclosed amount of money. The mill, which has been idle since 2015, is expected to restart in the first quarter of 2019 and will annually produce 275,000 metric tons of air-dried unbleached kraft pulp. ND Paper stated that the mill will be reconfigured under its new ownership and will operate under substantially lower costs. To lower costs, ND Paper will move production from hardwood kraft pulp to local, softwood kraft pulp. They will also eliminate bleaching operations. In addition, the mill will share numerous management and administrative functions with ND Paper’s recently purchased Rumford mill.

Retailer VITRA and British manufacturer REVO have teamed up to produce a limited supply of a long-lost radio designed by CHARLES AND RAY EAMES. The Eames radio was created in the 1940s shortly after World War II ended, but it was never mass produced. At the time, radio manufacturers saw the design as “too modern” and rejected it in favor of their own designs. The radio has a rounded plywood frame, a classic black face, 16 speaker holes, and a handful of knobs and dials and includes a few updates to modernize the design, such as Wi-Fi and Bluetooth. Fifty radios will be available at the Museum of Modern Art (MoMA) through the end of 2018, and a limited amount will be sold through Vitra in 2019.

Voters in NORTHEAST HARBOR approved a $3.9 million plan in May to revitalize Main Street. According to the plan, Northeast Harbor will bury utility poles along one side of the street, build a sidewalk on the east side of Main Street, widen the sidewalk on the west side, and enlarge the town parking lot at the northend of Main Street. The hope is to improve “the appearance, functionality, and vitality of the Main Street area,” according to the Mount Desert Islander. Work began in the final months of 2018 and will be completed no later than May 24 to accommodate tourist season.

New York City company GRAMMAR has created the perfect white cotton shirt for women. With eight different styles in their first collection, Grammar is bound to have the button-down shirt you need. Designer ALTHEA SIMONS grew up in Maine and was raised by two architects who ingrained in her a reverence for design and sustainability. Simons founded the line from a perspective of discipline that is nondiscriminatory and seeks to fit women of all forms. All of the shirts in Grammar’s collection are made in New York City with shell buttons and 100 percent organic GOTS-certified cotton, both of which are biodegradable and recyclable.

On the corner of Harpswell and College Streets in Brunswick sits THE ROUX CENTER FOR THE ENVIRONMENT—the newest academic building at BOWDOIN COLLEGE. The 29,167-square-foot center was designed by CAMBRIDGESEVEN and built by WARREN CONSTRUCTION GROUP, and it is LEED Platinum–certified. It is also unlike any other building on the college’s campus. Several state-of-the-art systems were installed throughout the Roux Center, such as a rainwater collection system to harvest rainwater and redistribute it for use in the building’s bathrooms and for watering the roof garden. A lighting control system gauges the level of light within the building during the day and self-adjusts, and a pH neutralization system treats water from lab waste before it goes off-site. Lining the exterior are planks of Cambia, wood that has been thermally modified to prevent rot and insect infestation. With all the recent press, “talking about the architect and the builder doesn’t even begin to tell the story of the involvement and the dedication that everyone in the community had to get it done,” says Peter Warren of Warren Construction Group.

The former SETON HOSPITAL in WATERVILLE is getting a $16 million renovation for mixed residential and commercial use. KEVIN MATTSON of DIRIGO CAPITAL ADVISORS purchased the building in 2013 and has since spent several years developing a plan for revitalization. The building has sat empty since 2014 but is now being reimagined with 68 residential units, 18,000 square feet of office space, and 36,000 square feet of warehouse space. The renovation will be difficult as the former medical building’s hallways are wide, the ceilings are low, and there’s no central air-conditioning. Adding to the difficulty still, Seton Hospital was placed on the National Register of Historic Places in 2016—the building is a rare example of the Milesian school of modernist architecture—and certain historic elements must be preserved throughout. Mattson is committed to properly renovating the building: “It’s going to take some time,” he says, “but it’s worth it.”

SKYSOURCE/SKYWATER ALLIANCE, with U.S. architect DAVID HERTZ, has developed an energy-efficient way to harvest fresh drinking water from thin air. The WOOD-TO-ENERGY DEPLOYED EMERGENCY WATER SYSTEM (WEDEW) functions inside of a shipping container for easy transport to areas where water is scarce or quality is low. Inside the shipping container, the WEDEW produces roughly 529 gallons of water per day by combining hot and cold air to create condensation, ultimately replicating the way clouds are formed, inside of the shipping container. The award-winning system is carbon-negative, meaning it creates extra energy, and has its own 100 percent renewable energy source. The WEDEW can operate in any type of climate.