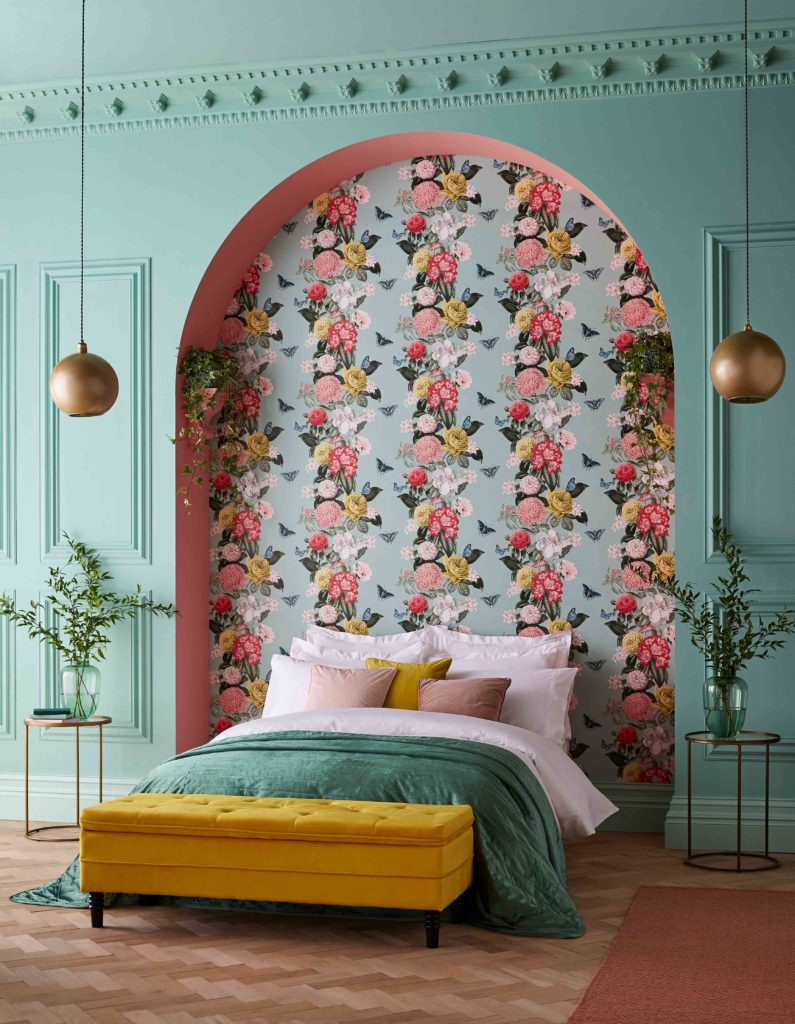 GRAHAM AND BROWN has been busy gearing up for 2020. The United Kingdom–based wallpaper company has launched their entire paint collection in the United States for the ﬁrst time ever, and announced their wallpaper and paint colors of the year. The wallpaper of the year is called Bloomsbury Neo-Mint—a pastel base ﬁlled with ﬂowers, insects, and foliage—and gets its name from an inﬂuential group of creatives, the Bloomsbury Group, who resided in the United Kingdom in the early twentieth century. The paint collection can be found online and includes the color of the year, Adeline: a deep, leafy green that channels lively country gardens. The color takes its name from author Adeline Virginia Woolf, who was a founding member of the Bloomsbury Group. The Bloomsbury Group was inﬂuential in moving away from traditional Victorian and Edwardian decor toward a liberated, modern style.

In the ﬁrst project of its kind, a heavy-equipment crew has restored a half-mile section of LONG CREEK in SOUTH PORTLAND. This was the second-to-last project in a ten-year plan to repair the 3.5-square-mile Long Creek watershed, which was damaged signiﬁcantly when the area was developed for the Maine Mall in the 1960s. For the past 50 years the stream has acted as a commercial drainage ditch. “It’s what they call an urban-impaired system,” says Peter Carney, executive director of the watershed district, noting that the effects of pollution here can reach into Casco Bay. The hope is to transform the area back into a cool-running stream that can once again sustain wildlife. The $850,000 project was completed in late October and was overseen by the LONG CREEK WATERSHED MANAGEMENT DISTRICT along with surrounding municipalities, the MAINE DEPARTMENT OF ENVIRONMENTAL PROTECTION, and the U.S. ENVIRONMENTAL PROTECTION AGENCY. 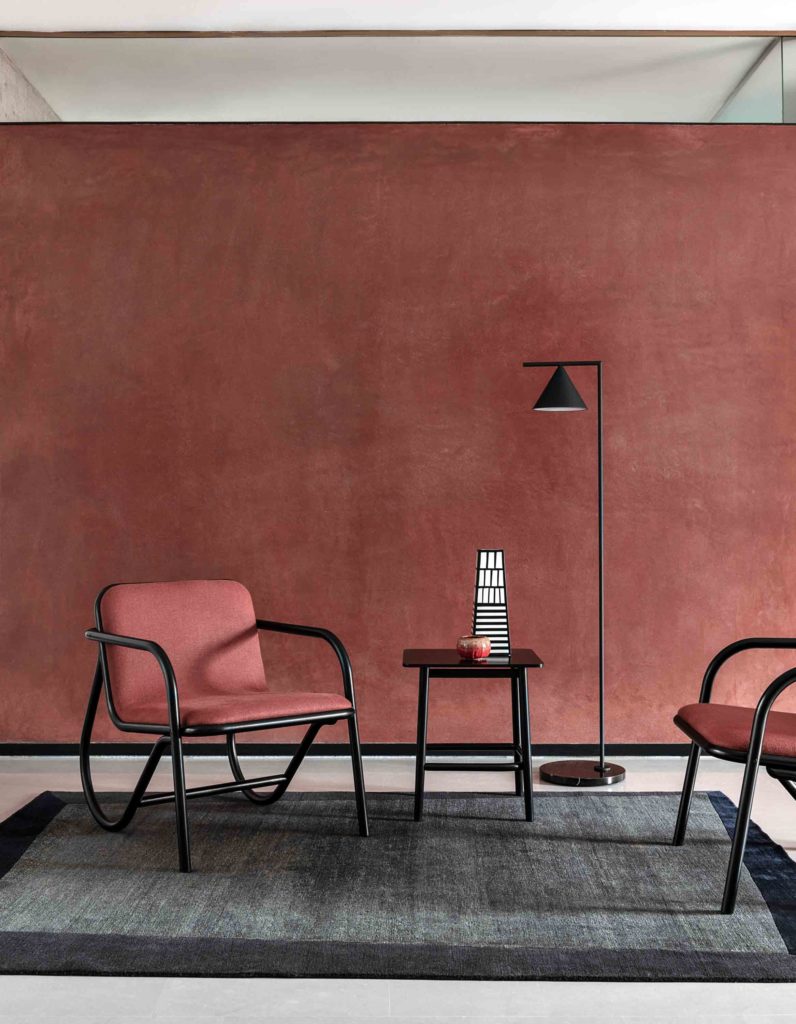 London-based designer MICHAEL ANASTASSIADES has collaborated with furniture maker GEBRÜDER THONET VIENNA to create the N. 200 CHAIR. The chair was designed to honor the 200th anniversary of Gebrüder Thonet Vienna’s ﬁrst joinery workshop in Germany, and it is constructed using the same steam-bending process that was pioneered by the company two hundred years ago. The chair is reminiscent of a doodle or a drawing done with a single line. “In most of Thonet’s chairs you have an elaborate bentwood frame, and the seat itself is a separate component,” the designer says in an interview with Dezeen. Instead, he incorporated the seat as part of the bentwood technique while also unifying comfort, tactility, and lightness in the design. Anastassiades is best known for his lighting designs for Italian brand Flos and a furniture collection he created for Herman Miller in 2016. 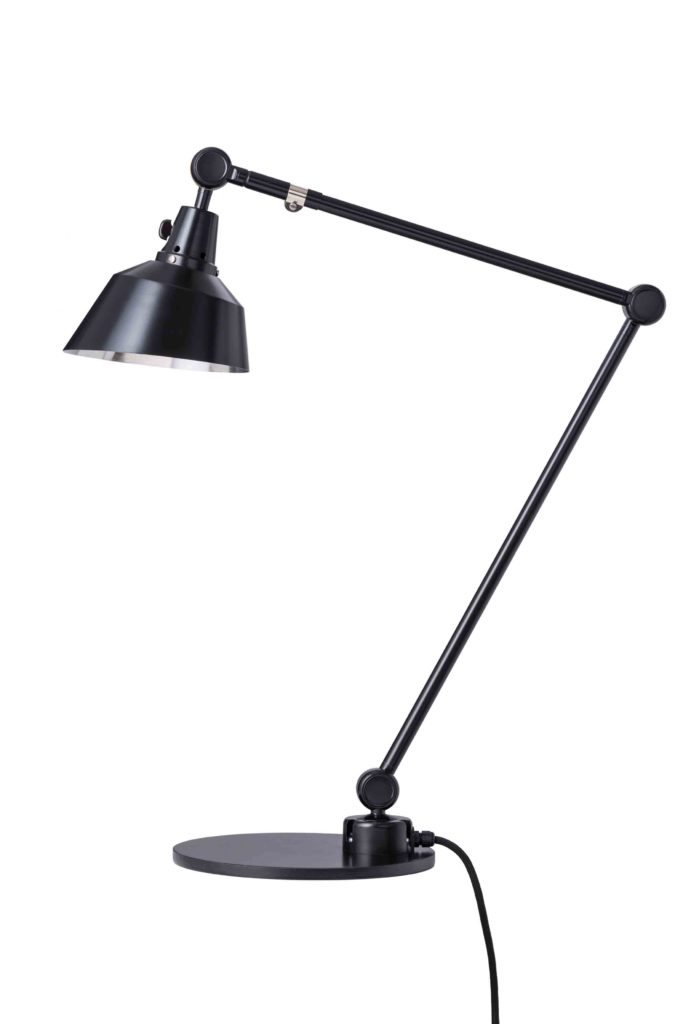 German lighting company MIDGARD has relaunched a long-lost classic. Also known as the Steering Lamp, the TYP 113 LAMP was originally created by CURT FISCHER in 1919 to solve poor lighting conditions over factory workbenches. Architect and friend of Fisher WALTER GROPIUS used the lamp in his space in the BAUHAUS DESSAU building, thus solidifying the lamp’s place in design history. The lamp is designed with an adjustable arm made from nickel pipe with a rotating porcelain knob. The enamel lampshade can be raised, lowered, and turned to reach the desired angle. Midgard reproduced the lamp in honor of its 100-year anniversary. All designs are produced manually using original tools, and for the ﬁrst time this year, Midgard was marketed in the United States. 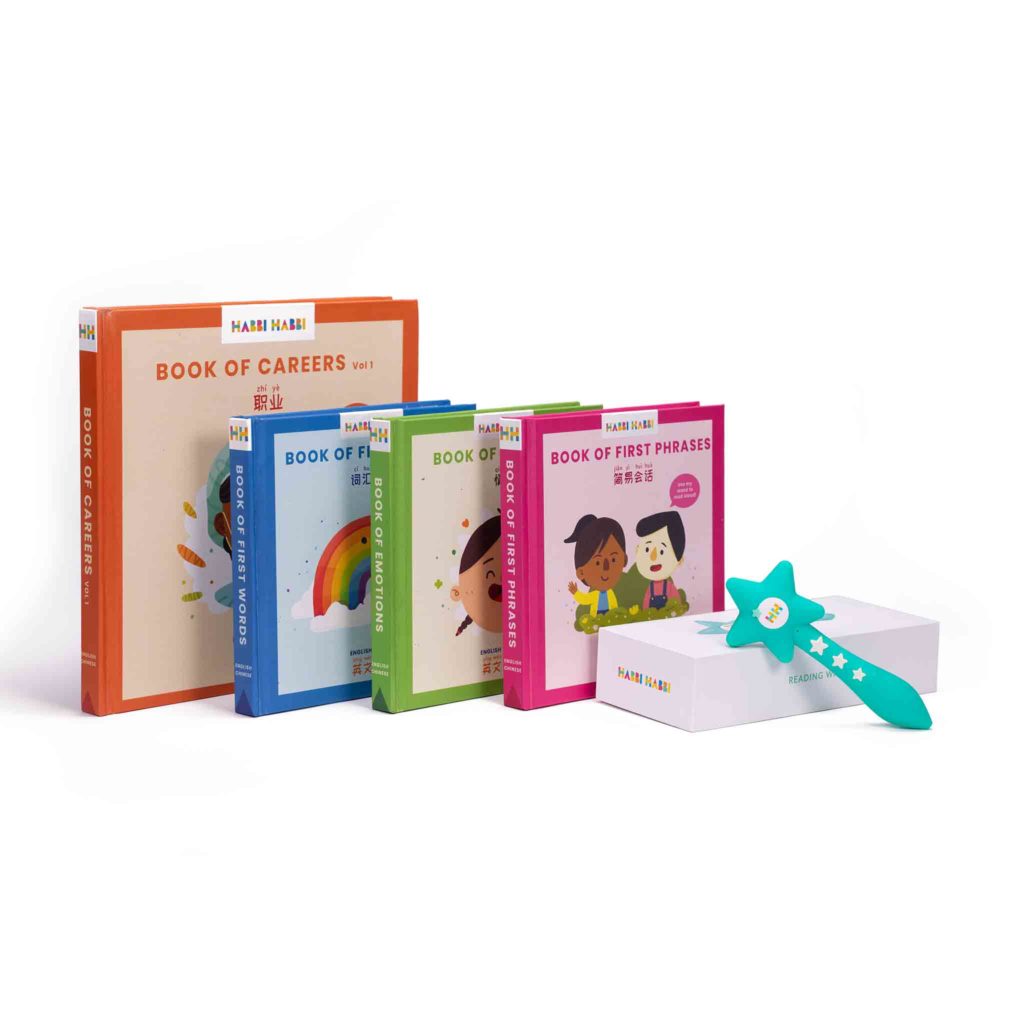 HABBI HABBI cofounders ANNE-LOUISE NIETO and HANNA CHIOU wanted to teach their children Spanish and Chinese, but they found available tactics to be expensive or insufficient. They created a solution to make language learning accessible to all families—including non-native speakers. Each book comes with a reading wand that brings the books alive with a tap. One wand works with any book. Every inch of the book can be activated with the wand: the words and sentences, the illustrations, and even the white space, to create instant feedback that keeps kids engaged. The books feature content that is practical and intentional, from simple vocabulary books that teach ﬁrst words and phrases to narrative-based books that highlight emotions and strong female role models. The books are currently available in Spanish and Chinese, with plans to expand to more languages in the future.

A new kind of coaster is in the process of pre-commercial trial. Eco-entrepreneur KAI SMITH, founder of MAINE COASTERS AND BIO-BOARDS, has created a fully biodegradable coaster printed with vegetable-based dyes and made from softwood pulp and spent grains leftover from the brewing process. He worked with the UNIVERSITY OF MAINE to develop several prototypes, and the MAINE TECHNOLOGY INSTITUTE has helped provide funds to further Smith’s work. The trial coasters are being tested at the COLLEGE OF ENVIRONMENTAL SCIENCES AND FORESTRY AT SYRACUSE UNIVERSITY. Westbrook-based SAPPI NORTH AMERICA TECHNOLOGY CENTER is helping to oversee the trial and providing pulp for the coasters. 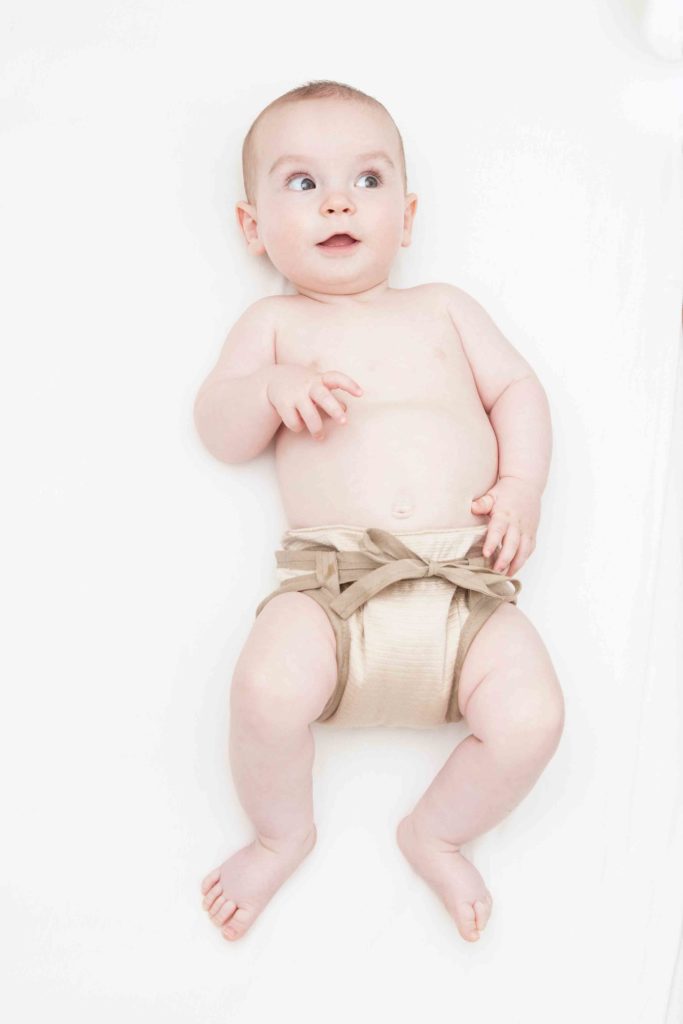 Swiss designer LUISA KAHLFELDT has created the world’s most sustainable diaper. Named SUMO, the reusable diapers are made of a fabric called SEACELL, which is composed entirely of eucalyptus and seaweed; it’s incredibly sustainable to harvest and produce, beating out textiles used to make other cloth diapers. The material is also antibacterial, packed with antioxidants, and incredibly soft. Sumo was developed with three layers: a soft, absorbent inner layer, an absorbent core, and a waterproof outer layer that prevents leaks. Kahlfeldt designed the diaper for her master’s project before graduating from the Lausanne University of Art and Design; the project earned her the Swiss 2019 JAMES DYSON AWARD.