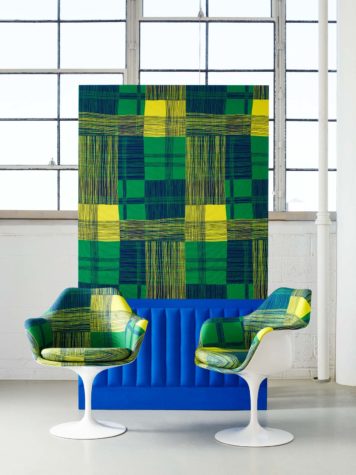 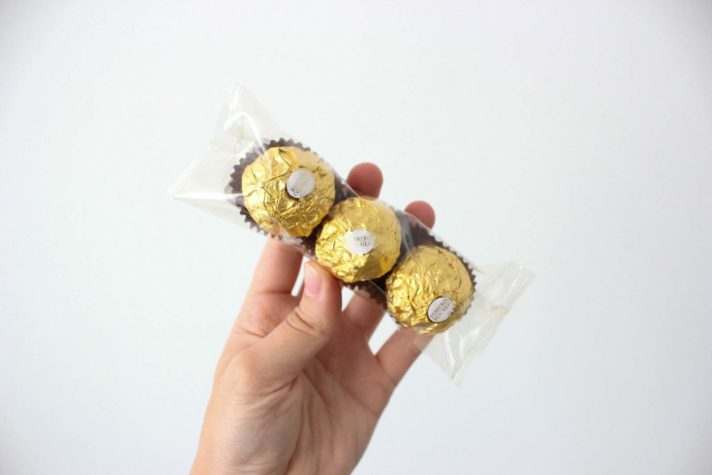 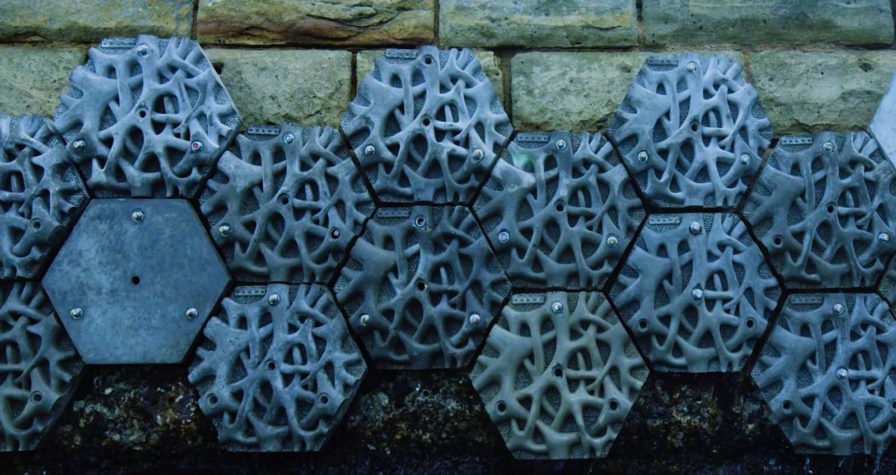 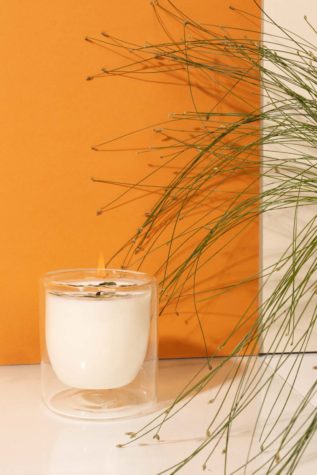 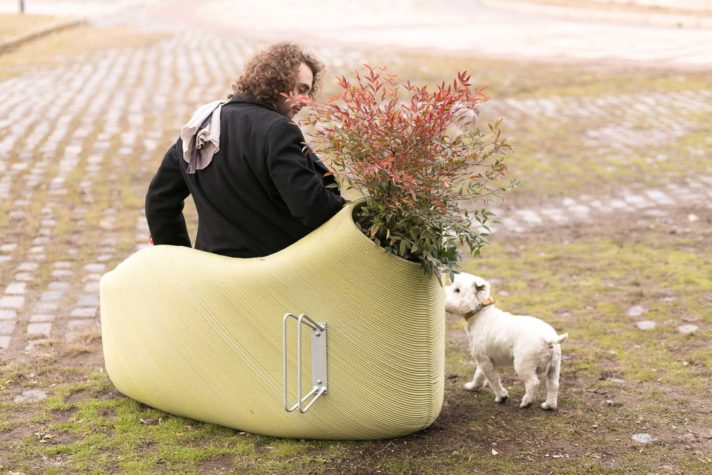 In celebration of KNOLLTEXTILES’ tenth anniversary, design company KNOLL has introduced several updates to its most classic designs. New fabrics and colors were introduced in the LUXE COLLECTION, which was inspired by high fashion, and the INTERTWINE COLLECTION for those who desire a more obvious pop of color and pattern. Of the updated designs, designer EERO SAARINEN’s iconic Tulip Chair received a vibrant redesign. Other collections that received a modern makeover include the Florence Knoll Coffee Table, and Knoll’s 1966 Collection for outdoor furniture.

More than 15 miles of new public trails opened in the Katahdin region in early February. PENOBSCOT RIVER TRAILS, located on a privately owned preserve of about 5,000 acres, opened after three years of construction. The groomed trails run along the East Branch of the Penobscot River and are open to the public on weekends and holidays while snow lasts. Come spring (and mud season), the trails will close to prevent damage to the ground while it is soft and easily disturbed; they will reopen in the summer for hikers, cyclists, and the like. The completed project also includes a heated visitors’ center and two “warming huts,” all of which are equipped with tables, chairs, benches, and woodstoves. The buildings allow visitors to picnic, rest, and warm up; they also double as classrooms for students in the Maine Outdoor Education Program, which provides free outdoor programs to children and teens.

MARGARITA TALEP has created a sustainable, biodegradable alternative to single-use packaging plastics. Single-use plastics are used heavily for product and food packaging, which is quickly thrown away. The Chile-born designer developed a substitute using raw material extracted from algae. The basic mixture is made of a polymer, a plasticizer, and an additive; the amounts of each vary depending on the desired final consistency. All aspects of the composite material are made of natural matter, including the dyes used for coloring. The main ingredient is agar, a jelly-like substance that is extracted from red algae. Water is added to promote plasticity, and the mixture is boiled, set into a mold, and cooled. To keep packaging as natural as possible, it can be sealed with heat rather than glue. Depending on the thickness of the material, the packaging degrades in two to three months in the summer, and three to four months in the winter.

Car manufacturer VOLVO is helping to promote and protect coastal marine biodiversity in Australia. In partnership with the NORTH SYDNEY COUNCIL, REEF DESIGN LAB, and SYDNEY INSTITUTE OF MARINE SCIENCES, Volvo has created LIVING SEAWALL tiles to line the walls of Sydney Harbour in a biomimicry experiment. The tiles mimic the root structure of mangrove trees and were created in response to the removal of mangrove jungles that once lined the harbor. Communities of filter-feeding organisms that help to remove particles and pollutants from the water can find reprieve in the heavily textured tiles and eventually colonize the wall. Each piece is 3D-printed using a mixture of marine concrete and recycled plastic. Currently, only 50 tiles line the harbor, but with plans to install a total of 500 tiles in 2019, the hope is that the Living Seawall will reintroduce a system with long-term biodiversity and environmental health benefits.

The ELLIS-BEAUREGARD FOUNDATION, a nonprofit organization that works to provide resources to artists, submitted a proposal to the city of Rockland to create a dormitory-style living space in the LINCOLN STREET CENTER. Currently, the foundation rents four classroom-sized studios in the center, which was formerly a high school. The proposal comes as a way to provide affordable living and work space for working artists. The space would allow artists in the Foundation’s residency program to live where they work, potentially opening up the program to a larger group of artists; when artists don’t have to pay for studio rent, housing rent, and travel expenses, pursuing their art becomes much more affordable. The proposal also hopes to carve out working artist space before developers begin to drive up prices in the area.

A candle collection unique to the design community has hit the market. The ARCHITECT CANDLE COLLECTION was created by Florida design studio YIELD to help evoke a feeling of place based on a specific architect and his designs. After founders Andrew Deming and Rachel Gant visited a few designers’ homes, they wanted a way to capture feelings brought on by visiting those places. “This is our modest attempt to distill that sense of place (not the literal scent of the building’s interior) into something,” Deming said in an interview with Dezeen. Currently, there are only three scents available: Frank Lloyd Wright (desert rose, sand, and amber), which is based on his winter home in Arizona; John Entenza (eucalyptus, rosemary, and birch), reminiscent of his home in Los Angeles; and Carlo Scarpa (palo santo, leather, and vetiver), which was inspired by Scarpa’s sanctuary in Venice. Once the soy-based candles are fully burned, the holder can be repurposed as a drinking glass.

Engineers at the UNIVERSITY OF PENNSYLVANIA have created a material they call “metallic wood.” The material was produced by altering a sheet of nickel and building pores into the nickel on a nanoscale level. The resulting material is extremely strong and light. Roughly 70 percent of the final material is empty space, and its density is similar to that of water—a brick of it would float. Although it’s not yet ready to be produced on a commercial scale, theoretically, the material could out-perform titanium; its strength is similar to titanium, but it’s four to five times lighter. Its porous nature also allows wind and rainwater to flow right through it instead of around it, which could potentially change the face of architecture and design.

Rotterdam-based research and design studio THE NEW RAW has launched the PRINT YOUR CITY intitative, which uses plastic household waste to create 3D–printed furniture for outdoor public spaces. The process takes place inside a ZERO WASTE LAB in Thessaloniki, Greece. The lab is outfitted with a 3D–printing robotic arm, and recycling facilities were implemented by COCA-COLA. Anyone is welcome to bring their plastic waste and become a part of the recycling process—they can even design their own piece. Each piece of furniture can be designed with additional features, such as a dog bowl or bike lock, or a planter for more greenery. After selecting design features, color, and shape, users will choose a public space for it, then the Print Your City website tells users how much plastic waste is needed to complete the piece.

Solar company REVISION ENERGY has placed a bid to install solar panels at the GOVERNOR’S MANSION in Augusta. Governor Janet Mills’s administration began seeking a cost-efficient proposal for a contract after Mills’s inaugural address, when she announced plans to put solar panels on the Blaine House. Mills is hoping for the project to be fully installed by the end of 2019 as a way to demonstrate her commitment to renewable energy. “Whether we build that project or not, we think it will be great to have a visible symbol of the state’s recommitment to clean energy and local economic development right there at the executive residence and in plain view of the State House,” says ReVision Energy’s cofounder, Fortunat Mueller, in an article published by WGME.