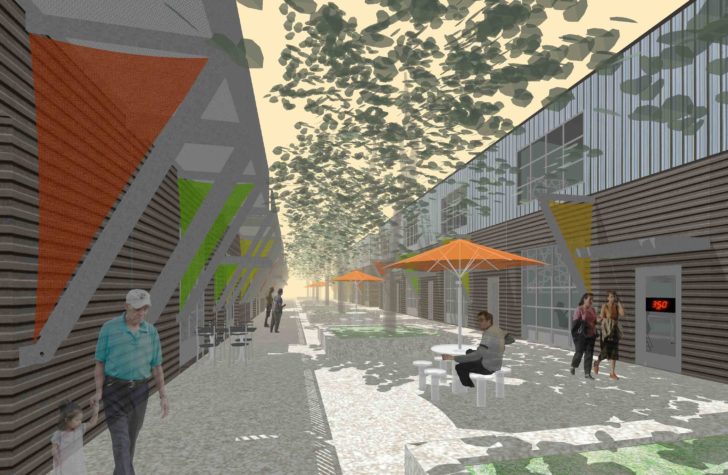 The development, currently named RIVERSIDE INNOVATION, is meant to have a collaborative atmosphere. Ron Gan hopes to have the spaces ready by June 2019. 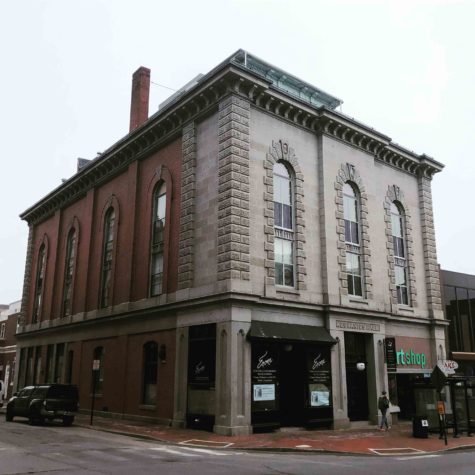 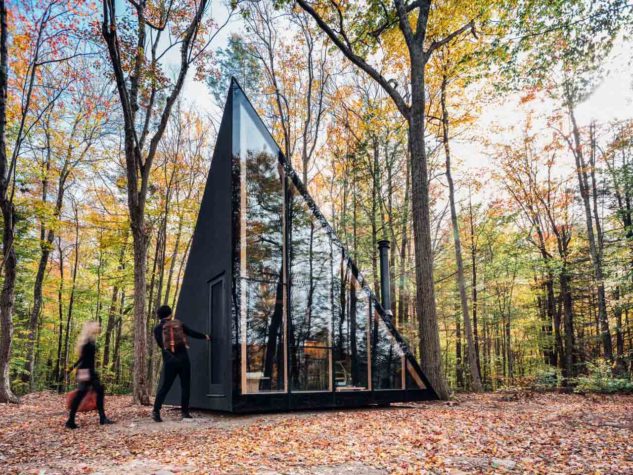 A new Brooklyn-based company led by designer SOREN ROSE wants to make tiny homes more affordable for everyone. The company, KLEIN, worked with BJARKE INGELS GROUP to create a 13-foot prototype made from wood and glass. 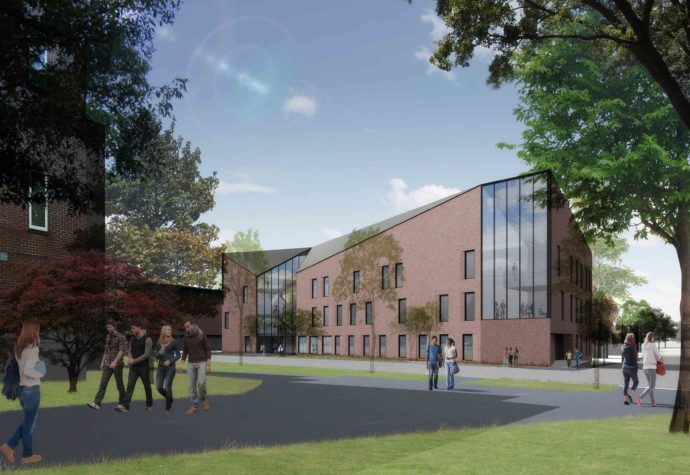 BATES COLLEGE is set to break ground on a new 65,000-squarefoot science center in 2019. 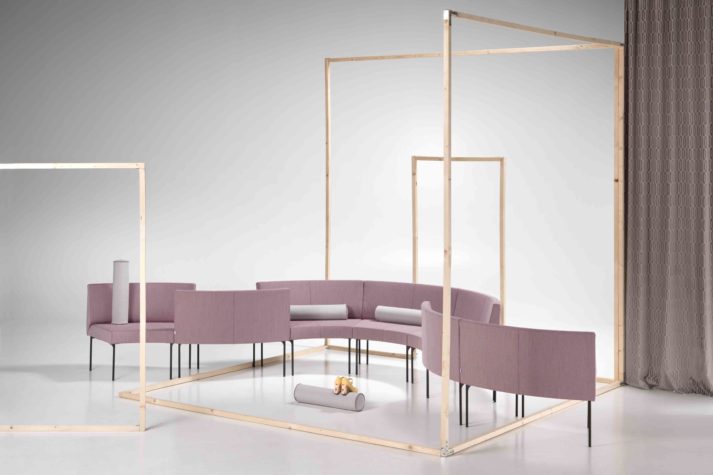 Sitia’s newest model is a couch that is endlessly customizable.

Developer Ron Gan has teamed up with Bild Architecture and Aceto Landscape Architects to create plans for a live–work space at 874 Riverside Street in Portland. The two-acre lot is only a mile away from a handful of craft breweries and is directly connected to Portland Trails and a stairway leading to the Presumpscot River. The plans include four buildings: two sets of two-story buildings would share a plaza. One building is projected to be a 5,000-squarefoot brewery, one will be a space for five light-industrial work spaces, and the remaining two buildings will be designated as live–work areas. The plans for the live–work buildings include ten spaces total. Each unit, coming in at 2,400 square feet, will have a first-floor work space, a lofted living space, and a basement. The development, currently named Riverside Innovation, is meant to have a collaborative atmosphere. Ron Gan hopes to have the spaces ready by June 2019.

The historic Mechanics Hall in Portland’s arts district is home to the Maine Crafts Association’s newest location. Positioned across from Maine College of Art and blocks away from the Portland Museum of Art, the space is a retail gallery and resource center that will host exhibitions, public programming, and special events. Inventory in the space will be sold both on consignment and wholesale. Maine craft artists will also directly benefit from sales of their work through the space. The Maine Crafts Association has operated the Center for Maine Craft since 2008, exhibiting the work of over 315 artists from around the state.

Bowdoin College is working with Lavallee Brensinger Architects on plans to build four Passive House dorms as the next step toward the college’s goal of carbon neutrality. Each building will house 22 students: two four-person apartments will be on the first floor of each dorm, a single eight-person apartment will be on the second floor, and the third floor will house a six-person apartment along with mechanics for the ventilation system. Passive House structures are thickly insulated and typically use the sun to supply much of their heat. Construction is expected to start this year, beginning with tearing down an existing structure on Park Row in Brunswick, where the new dorms will be built. In 2009 Bowdoin set a goal to achieve carbon neutrality by 2020, and in April of this year the college announced that it has already reduced the school’s emissions by 29%.

A new Brooklyn-based company led by designer Soren Rose wants to make tiny homes more affordable for everyone. The company, KLEIN, worked with Bjarke Ingels Group to create a 13-foot prototype made from wood and glass. The structure is called A45 and is the first design of many. The spaces are fully customizable, will comfortably house one or two people, and can be completed within six months of placing an order. Klein will assemble everything in two weeks, including excavation and the installation of four concrete pillars for the weight of the structure. Because the houses are slightly elevated, they can easily be constructed anywhere without the use of heavy machinery. The prefabricated pieces are delivered to the site, and the company’s network of carpenters complete the job. The houses aren’t currently available for direct purchase, but Klein is taking preorders.

Bates College is set to break ground on a new 65,000-square-foot science center in 2019. The new three-story building is the first step in a comprehensive overhaul of the college’s science facilities and STEM programs. PAYETTE architecture firm helped to design the new science center, which will house programs for biology, chemistry, and neuroscience, as well as shared laboratory space. Bates faculty and STEM-facilities planning committee wanted the building to encourage interactive research and study. In order to achieve this, the space will be outfitted with some of the most advanced technologies available. The combined area of the new STEM facilities will be roughly 174,000 square feet, making it the college’s largest academic undertaking in its history. Other buildings that will be updated include the Carnegie Science Hall and Dana Chemistry Hall. Consigli Construction Company, who has worked with Bates in the past, is the manager for the project. The construction company’s previously completed projects for Bates include the dining commons, two student residences, Chu Hall, and Kalperis Hall.

A new wave of furniture design has been introduced by Sitia, a furniture brand based in Italy that focuses on the design and quality of chairs. Sitia’s newest model is a couch that is endlessly customizable. The idea behind the modular piece was a style of furniture with the ability to conform to its surrounding environment. Elena Trevisan created the furniture with office and hospitality settings in mind, hoping to bring comfort into historically uncomfortable areas. The Laguna sofa comes in various shapes, from curved to straight, and gives consumers the ability to create any kind of structural landscape they desire.

Windowless planes have become a reality with Emirates airline’s newest Boeing 777-300ER model, which swapped out real windows for digital screens throughout the first-class cabin. The company has a goal of bringing fake windows to all planes in the near future, and with good reason: creating a singular fuselage makes the airplane lightweight, which in turn saves on fuel and can lower the price of airline tickets. In case of emergencies, having access to real windows is still crucial, but Emirates has come up with a design with real windows only near emergency exits and in areas designated for flight attendants. All other windows on the aircraft are not real, and the alternative digital screens take advantage of fiber-optic cameras on the exterior of the plane that record the world outside and display it in real time.

Architect David Adjaye has designed a new speaker with the luxury audio brand Master And Dynamic. The goal of the design was to get rid of as many pieces of plastic as possible—omitting plastic as a material reduces vibrations and improves overall sound quality—so the speaker is made from concrete and stainless steel. The concrete body eliminates the chance of any internal or external vibrations. Owners of the speaker, called MA770, can turn it up as loud as they please and, as Master and Dynamic states, not even a needle on a record player would skip. The speaker weighs 35 pounds and comes with an even heftier price tag. It is available for purchase through the Museum of Modern Art Design Store.

Australian furniture maker French Furniture collaborated with San Francisco–based company Box Clever to introduce a new alternative to unsightly folding chairs. Historically, folding chairs have never been attractive, so the two companies wanted to create something comfortable and practical but beautiful enough to leave out all the time. The chair, called Cinch, requires no screws, no glue, and no tools to assemble. Precisely carved pieces of wood fit together and are secured with a leather strap. Cinch chairs come in two colors: sustainably forested American white oak, unstained and hand-finished for a natural look, and reclaimed merbau wood in a protective black finish. 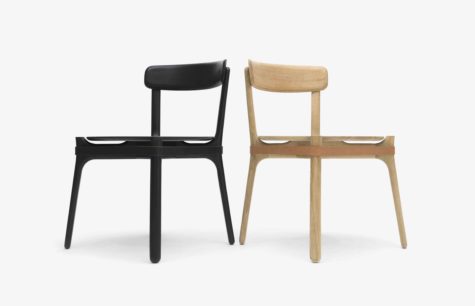 The chair, called CINCH, requires no screws, no glue, and no tools to assemble. 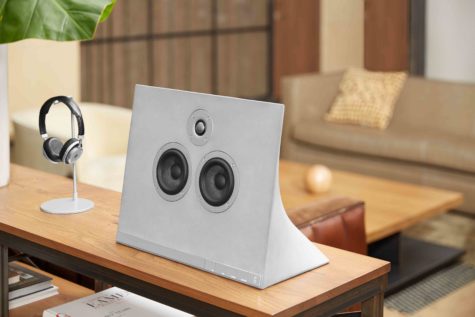 Architect DAVID ADJAYE has designed a new speaker with the luxury audio brand MASTER AND DYNAMIC.