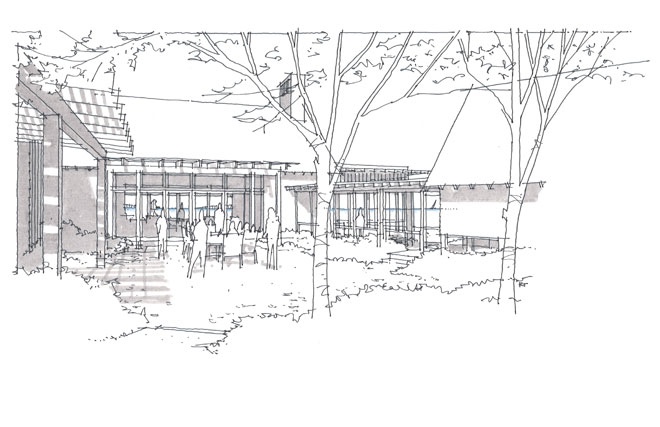 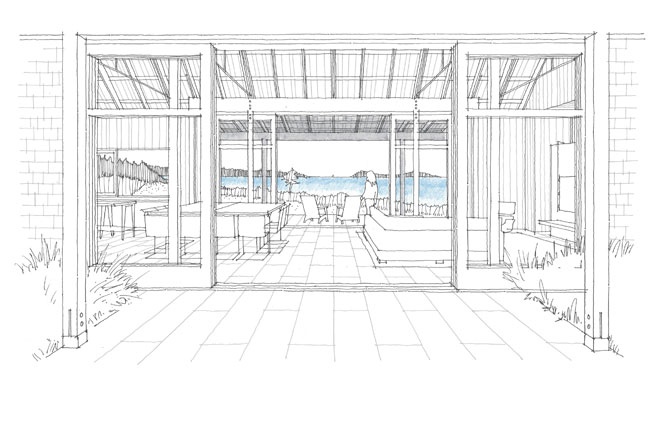 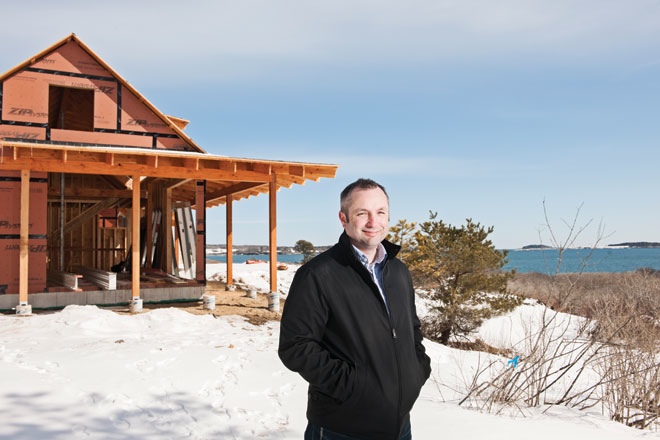 If design is a narrative, then contrast is the drama. Russ Tyson of Whitten Architects believes that, when carefully planned, contrast can be used to enliven all aspects of our homes. “We are inherently attracted to areas of good contrast in the world around us,” says Tyson. “When we enter a restaurant, for example, we are intuitively attracted to the table by the window, where the best balance of contrast exists. Vibrant photographs include a gradation from the brightest whites to the darkest blacks, and draw us into the image. Our senses seem intentionally tuned to appreciate dissimilarities and the delineation they provide.” MH+D asked Tyson to tell us more.

What do you mean by contrast, and how does it function in a home?

A. Architecture has often drawn from nature for design inspiration. At its core, nature is ordered by contrast. It’s a harmonious balance of many distinctive elements, including up and down, hot and cold, wet and dry, life and death. Any substantial alteration of its components, or excess of one and shortage of another, would harm our environment. Without contrast the world would be quite dysfunctional. Contrast provides clarity and order in the midst of confusion and chaos. Where would we be without the separation of light and dark, or the clearly perceptible divisions between sky, land, and water? In addition, the intelligibility of one element is made possible by the presence of its opposite. Think of the most beautiful and memorable places in nature—they are all defined by extraordinary contrast. Mount Katahdin wouldn’t be so special if it were surrounded by hundreds of mountains, all with the same height and scale. At its most basic, a home stands in stark contrast to the sometimes foreboding outdoors. Its walls separate inside from outside, and comfortable from uncomfortable. Its sheltering protection, however, is only made possible by our awareness of the polar opposite. To go further—to be more than just shelter, and to be extraordinary—a home has to be carefully crafted. It has to include well-considered contrast on many levels. Overly excessive disparities or not enough contrast is disorienting to our senses, and will make for an uncomfortable setting to live in. Planned contrast involves being intentional in our use of contrast, in order to provide articulation, unity, and memorable design. A simple example of planned contrast can be seen when considering window placement within a room. A lack of windows would result in a dark room with no natural ventilation. More commonly, windows on only one wall make the window side of the room too bright in relationship to the opposite side. By providing windows on at least two walls of the room, daylighting is balanced and there is plenty of cross-ventilation. The room is much more dynamic by simultaneously affording light and dark, calm and airy.

How can architects design with contrast in mind?

A. When designing a home, being intentional about the use of contrast can allow for a series of events or experiences that tell a story about the home and emphasize site characteristics, outdoor spaces, indoor spaces, landscaping, and views. Therefore, planned contrast can aid in developing a hierarchy of design elements. When a design has suitable levels of variation, focal points are created and the most important elements can be differentiated from the items that are not as important. Being deliberate with contrast will add energy to the home’s design and offer a more authentic experience. Alternatively, when all the elements in a design have the same value or weak contrast, the result is monotonous, unexciting, and ultimately confusing. Therefore, as many aspects of a home’s design as possible should be manipulated to create definitive contrast. There is a book that I recommend to anyone considering a home’s design. The authors of The Good House: Contrast as a Design Tool (Taunton Press, 1990), describe well-considered home design as growing “from elements in a state of contrast at all scales. From the overall shape of a building down to the details of the trim, a good house is composed of sharply contrasting qualities, all working together.” The idea that everything doesn’t have to match, be monotonously symmetrical, or all the same color is very liberating, and it will work as long as there is continuity in the overall theme. Don’t try to give every space in the home the expansive view. Vary the experience, so that some rooms have open views to the water, field, or mountain range, while others are oriented for more intimate views of other complementary site characteristics. Including both makes the impression of the other more notable.

How does this idea translate into your work?

A. In our studio, we’re continually looking for ways to make the most of our clients’ investment in a property and enhance the quality of their home. We often ask ourselves how we can celebrate the site’s best features. Frequently this is accomplished by thoughtfully considering contrast, and how it can inform the design. For instance, we’re nearing completion of a home on a site that includes a sunny open field with expansive views of the shore, ocean, and islands beyond. On its own, it is an incredibly beautiful piece of coastal Maine. Our design solution situates the home at the edge of this field, preserving it and the incredible views. Furthermore, the main living space of the home is situated so that it commands a view out over the field and water to one side, while on the opposing wall it fronts a small and intimate courtyard with densely wooded background. Ultimately, with the living room serving as the link between these two contradictory places, it will be a dynamic space to live in and enjoy.