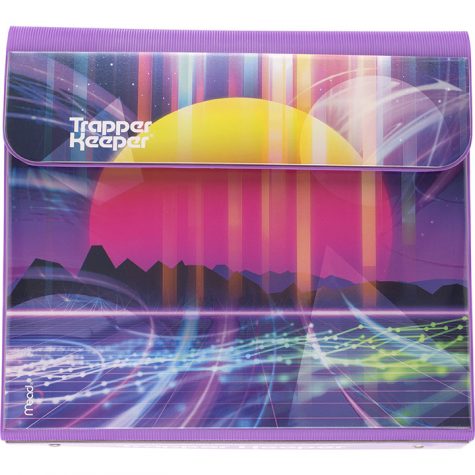 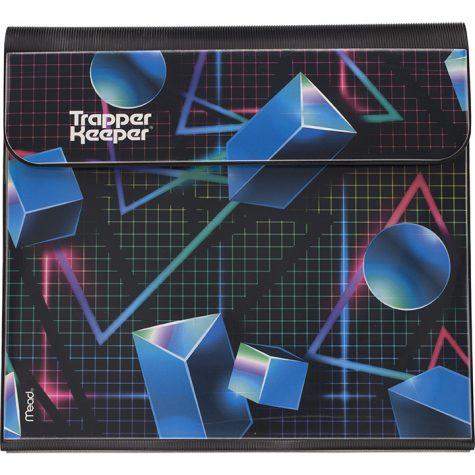 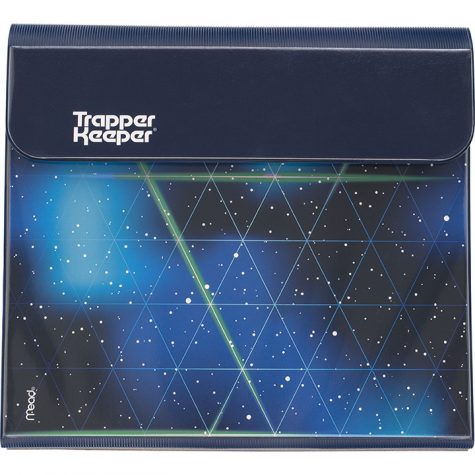 Who doesn’t like getting fresh school supplies at the start of the school year? It is the silver lining to summer ending. One of the most overanalyzed items I purchased every year was my binder. My greatest binder of all time? My blue, rainbow-heart cloud Trapper Keeper that I clutched tightly to my chest while walking down the hallway to class. What made Trapper Keepers so great was not only their functionality but also their cool covers: a perfect way for kids to express their personalities with the graphics they chose.

The design was based on a classic three-ring binder but rather than those fast-closing rings (you know, the ones you always got your fingers caught in), the Trapper Keeper’s rings were plastic with a flap that went over the top and a metal button snap. Trappers were actually the individual folders that went inside the Keeper (or the binder) with three perforated holes. Instead of the pockets of the Trappers being horizontal at the bottom like other folders, they were on each side of the folder at an angle, preventing papers from falling out. The flap’s metal clasp was hard to find when in a rush and was eventually replaced with Velcro. Most of us can remember the ripping sound of the Velcro when our fellow students opened their Trapper Keepers in class.

E. Bryant Crutchfield designed the Trapper Keeper in the late ’70s while working at the Mead Corporation (which was acquired by ACCO Brands in 2012). He felt kids needed a better way of organizing their schoolwork. “You can’t take six 150-page notebooks around with you, and you can’t interchange them,” Crutchfield said in an interview with the magazine Mental Floss back in 2013. His Keeper would hold six Trappers and could easily be stored in a locker. Kids only needed to remove the Trapper for the upcoming class and leave the Keeper. What about the origin of the name? While having lunch with a Mead coworker, the coworker suggested to Crutchfield the name Trapper (since it trapped the papers).

The design wasn’t just an epiphany Crutchfield had one day; he spent years researching and testing, including consulting with teachers and students. “[The Trapper Keeper] was no accident,” he told Mental Floss. “It was the most scientific and pragmatically planned product ever in that industry.” It was first test-marketed in 1978, and Crutchfield decided to insert a feedback card into each of these binders to gain more information from the users. The kids who purchased the organizer and mailed in the card with their comments would receive a free binder. Fifteen hundred cards were returned. The comment cards revealed that it wasn’t just kids buying the Trapper Keeper: adults were also purchasing them to organize important documents and recipes.

Mead rolled out Trappers and Trapper Keepers nationally in the summer of 1981. The Trappers had a suggested retail price of 29 cents each, while the Trapper Keepers had a suggested retail price of $4.85. The graphics available on the folders expanded to include characters from popular movies like Star Wars, comics like Garfield, luxury cars, and popular designs by artist Lisa Frank. The organizers were a huge success. Years after their nationwide release, Mead sold over $100 million of the folders and notebooks a year. To date, more than 75 million Trapper Keepers have been sold.

Check out our previous Design Lessons