A Scandinavian-style getaway where the Maine landscape makes the best decor. 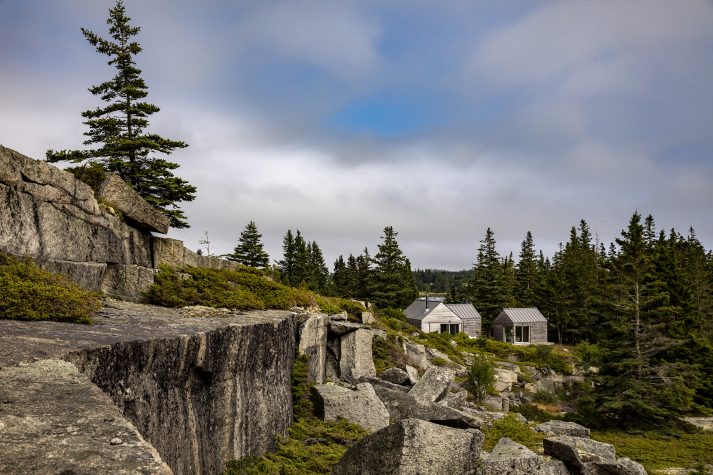 “When Nadja Zerunian and Nick van Praag were expats living in Washington, D.C., they spent weekends looking at beach houses in the area. “We were intrigued by this American idea of indoor-outdoor living that seemed so typical of East Coast summers,” says Zerunian, who is Austrian. Each time they were set to make an offer, van Praag, who is British, would back out. “He had this Maine fantasy,” she says. Their first visit was anything but.

An island stay over a chilly, rainy week in June left Zerunian with a miserable cold. “I wondered who was crazy enough to vacation in such a place,” she says. A friend insisted they persevere, and provided a 24-hour tour of restaurants, concerts, cinemas, and beaches on the mainland. “It was so overwhelming, we couldn’t wait to get back to the island,” says Zerunian.

As the couple embarked on rehabilitating the 800-square-foot house—three connected structures resembling classic Maine boathouses—they noticed that every measure was a multiple of four, suggesting that it was a rigorously principled design. Only later did they learn that the builder studied under Walter Gropius at Harvard. “Here we were, dreaming of the perfect American house and we wind up with one by a disciple of the Bauhaus,” says Zerunian.

Several years in, they asked Harvard-trained local architect Riley Platt to design a trio of 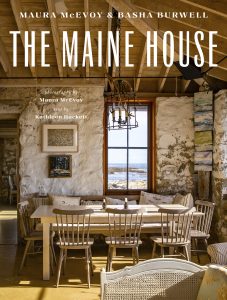 freestanding cottages connected by decks for their three grown children; together they mimic a disassembled version of the main house. Inspired by an Alvar Aalto design, two are devoted to sleeping and one is designed for communal cooking and relaxing.

The couple, whose NGO work takes them from their Vienna home to chaotic places around the globe, have found what Zerunian describes as their “dreamy place at the end of the world.” From June to September, they feel such a profound connection to nature that the return to urban life is trying. “When you live in cities, your life goes on no matter what the sky is doing, but when you live in a place like Maine, especially on an island, everything depends on the weather.”

—Excerpted from The Maine House, published by Vendome Press, June 2021