At the Heart of Vacationland 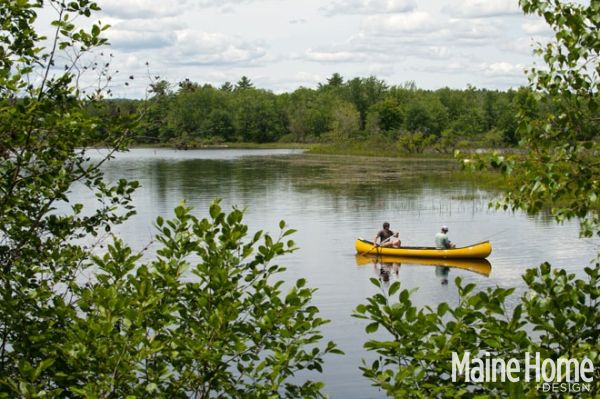 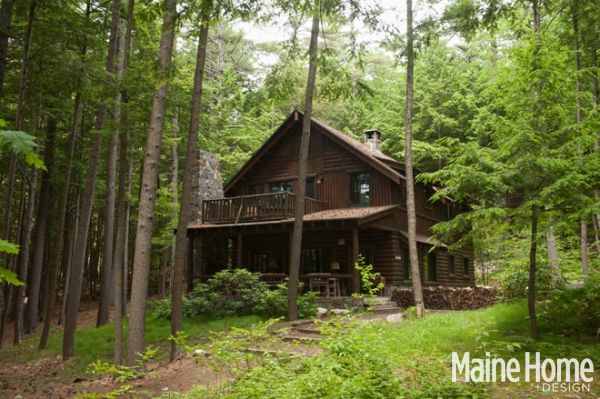 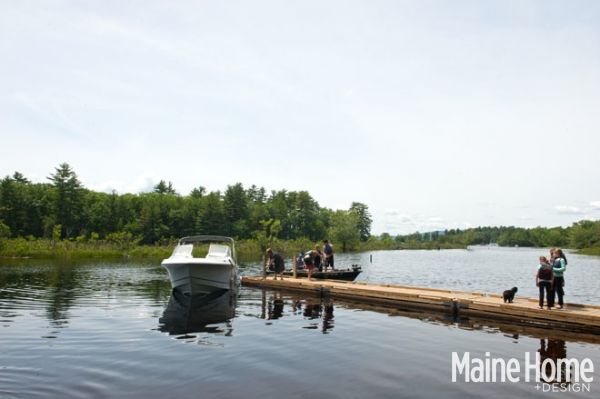 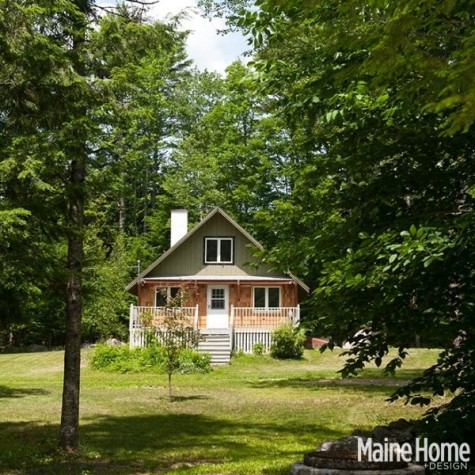 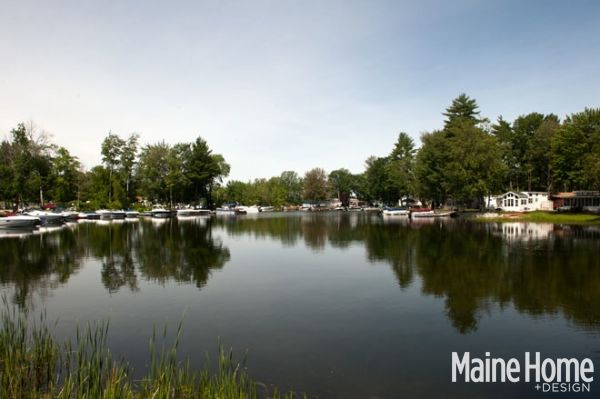 The view from Veterans Memorial Park in Raymond. 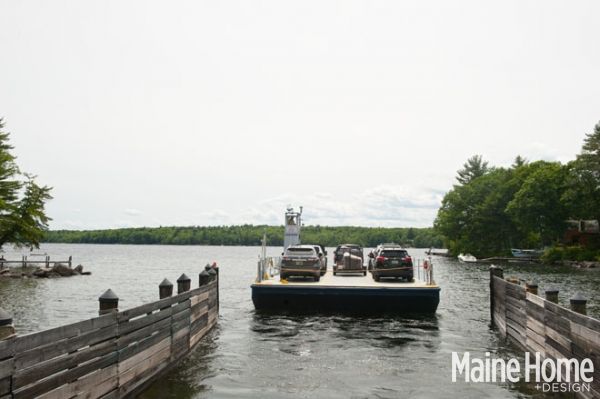 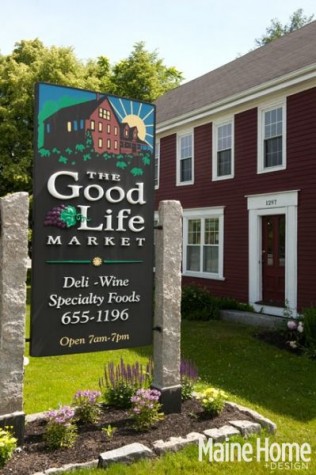 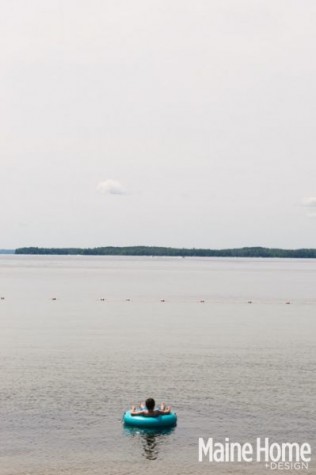 Despite Sebago’s popularity, peaceful moments aren’t too hard to come by. 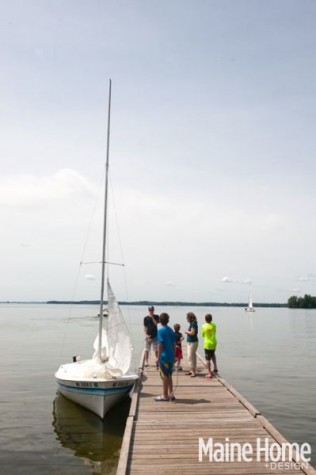 The whole family pitches in to get a boat into the water. 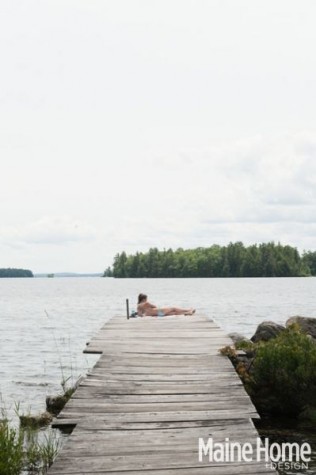 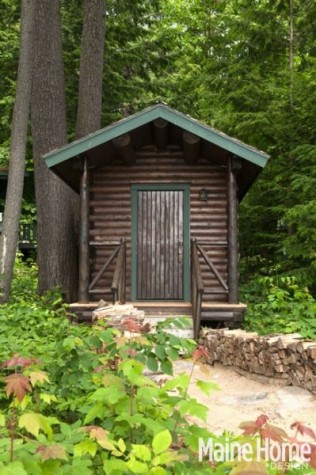 One of many quaint structures on the sprawling property of Migis Lodge in Casco. 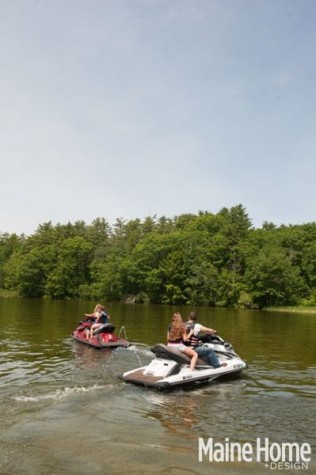 A glimpse of Rachel and Eve Weiss skimming the water with their parents. 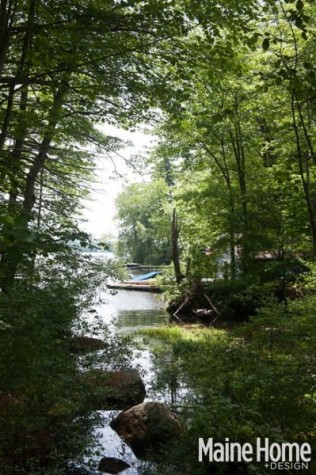 The shoreline is dynamic, replete with inlets and coves, while the lake itself is spotted with islands.

Between the White Mountains and the Atlantic Ocean there are more than 50 lakes. That’s 80 square miles of water spread over 900 square miles of Maine. At the base of this region— known as the Lakes Region—is Sebago, the state’s second-largest and deepest lake, a heart shape cut out of Cumberland County. Thanks to its beauty, size, and southern location, Sebago is one of Maine’s best known and most visited bodies of water. Rumor has it that Sebago is one of the reasons Maine was granted the title “Vacationland.” After exploring the area myself, I totally get it. Anyone who has spent a summer afternoon skimming the smooth surface of Kettle Cove on water skis—or a fall evening admiring the changing leaves from a canoe, or a winter morning snowmobiling across the frozen plane—understands why this grand lake might have given Maine this famous name. Sebago is the most beautiful kind of playground.

It was the variety of lake activities that drew Tim and Carol Clinton to Sebago Lake over two decades ago. The year before, rain had ruined a family vacation to Cape Cod, leaving Tim and Carol with five bored kids to entertain. Although they love the beach, the following year the Clintons—who hail from Scituate, Massachusetts—tried vacationing at Point Sebago instead. At the lake they could spend hours in and out of the warmer, calmer waters, boating, swimming, Jet- Skiing; on chillier days the kids either bundled up and rode their bikes around on the dirt roads or played board games looking out over the water. A few years later, the Clintons bought a camp in the town of Casco on Kettle Cove, which they later traded in for a larger lake house when their family expanded to include grandchildren.

“We canoe, kayak. We boat out to Frye Island after dinner for ice cream,” says Tim. “And in the winter we run snowmobiles out on the lake when it freezes over. I’ll set up a rink out in front of the house for the grandkids to skate around on.” The Clintons are not fair-weather friends of Maine—they come up to Casco just about every weekend. Like others who spend time along Sebago year-round, they appreciate it when the lake quiets down, when there are fewer cars on the roads, and the lines for ice cream at the Mosquito aren’t quite so long. The fall foliage is famous for a reason, and Tim Clinton tells me about the trails left in early spring by deer walking to the islands across the still-frozen water to find food on the islands dotting Kettle Cove. “I love listening to the loons,” Carol chimes in, “and I love it when it rains, how the lake takes on this whole different coloring and feeling.”

Such peaceful sights and sounds are also deeply familiar to Linda Manchester, who co-owns the Good Life Market with her husband, Walt. They both grew up in the area, went away to college, and lived elsewhere as young adults. But they ultimately decided to come home—to the very same house that Manchester grew up in. “This has been a wonderful place to raise our children,” says Manchester. When they returned to Raymond in 2000 with plans to open a high-quality deli and wine-and-cheese shop, although locals did not hesitate to express their concern that the business would have a hard time getting off the ground, they still stood behind the venture. “We love the summer business and it’s very important to us, but we needed to be able to keep our business open year-round to make it work for our family. The community has absolutely supported us.”

I have yet to meet someone from the Sebago Lake area who does not appreciate the delicious fresh and prepared food at the Good Life Market. For the many who drive up to Raymond or Casco or Naples along Route 302 from Portland, it is an important landmark: when you see that great big red barn, you know you’ve made it to the lake. Across the street at Veterans Memorial Park, you get a taste of what you’re likely to find down any of the many private roads leading to the lake: houses line the periphery of the inlet, small docks jut out from them, and motorboats ruffle the otherwise smooth surface of the water.

There are older residential enclaves on roads such as Raymond Cape Road and in the summertime community on Frye Island, but for the most part Raymond and other Sebago Lake towns are composed of a hodge-podge assortment of seafood restaurants, marinas, gas stations, sandwich shops, clothing shops, ice cream shops, antique stores, and family- owned businesses like the Good Life Market—all strung out along rural Route 302 rather than condensed in a neat and tidy downtown. This only adds to the feeling that one could spend a whole life in and around Sebago Lake and still not know all the nooks and crannies—the dirt roads, discreet coves, and tiny islands that make up this special part of the state.

By now, Sebago Lake has long been a vacation destination for Mainers as well as families from places like Massachusetts, New Hampshire, and Connecticut. Evidence of this history is in the variety of houses along the water, ranging from small summer camps tucked among trees to larger, newly built houses rising up from grassy lawns, their only reprieve from the summer sun being the cool water just a run and a jump away. Shoreline-zoning restrictions established in the late ‘80s allow for a one-time, 30-percent expansion of existing structures, which has had a significant impact on the course of development along the water over the past couple of decades. Development is one of many concerns of the Portland Water District, a group that works to maintain Sebago’s high water quality. The clarity and softness of the water is not just enjoyable: it’s critical to the health of Maine. Part of what makes Sebago Lake so special is its dual function as a recreation destination and the water source for Greater Portland, which comprises about 15 percent of the state’s population.

On the western side of the lake, recreational summer camps dominate the landscape, which also helps to curb development and keep the water clean. These camps bring kids and families from all over the world to Sebago, who in turn become ambassadors for the heart-shaped lake. Tim Porta, who has owned Casco’s Migis Lodge since 1978, sees the lake through soaring pine trees, spotted with Dingley Islands and capped by distant Douglass Mountain. He tells me that “magical” is the word used most often to describe Migis, which will be celebrating its centennial next year. For others living or vacationing or attending camp in the Sebago Lake area, the resounding words might be “family” or “community” or “home.” Summing up her feeling about the Sebago Lake area, Linda Manchester brings up the familiar old moniker: “I truly feel like I live in Vacationland.” 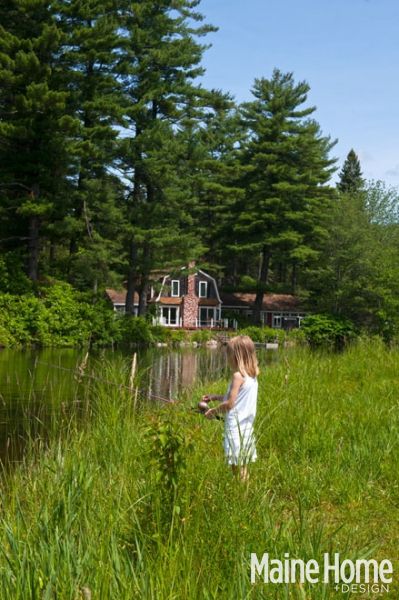 Brooke Morris of Massachusetts spends much of the summer with extended family at Point Sebago. 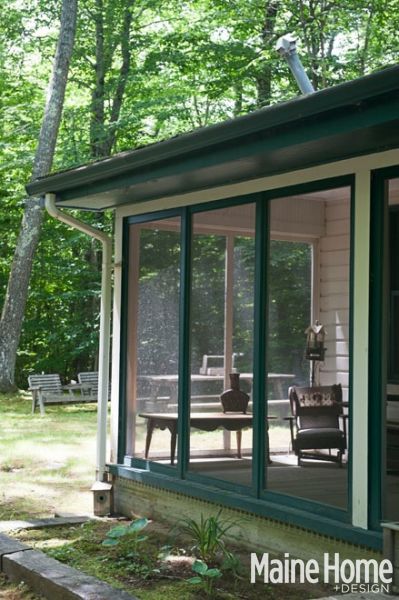 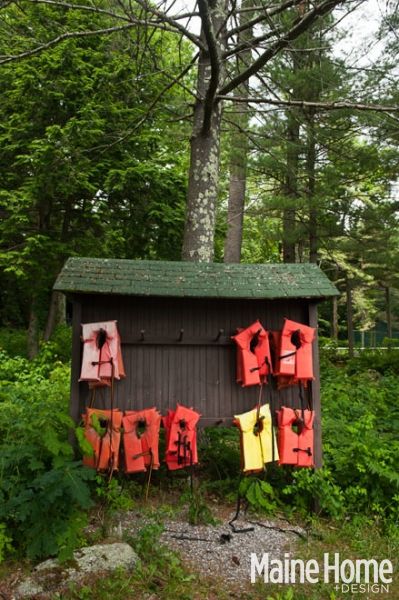