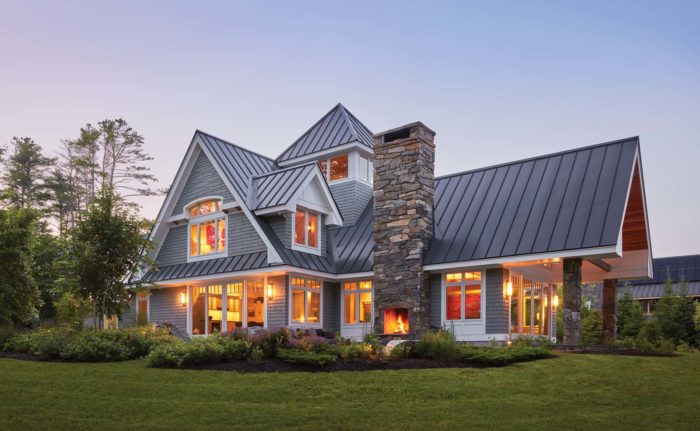 This classic contemporary home in Freeport
was designed by architect Gary Lowe of
Lowe Associates–Architects in Chestnut Hill,
Massachusetts, built by John Rousseau of
Rousseau Builders in Pownal, and features
landscape design by Todd Richardson of
Richardson and Associates in Saco. Rousseau
installed the wave-inspired shingle work in the
upper gable to echo forms found in the kitchen
backsplash, which was the work of Distinctive Tile
and Design in Portland.