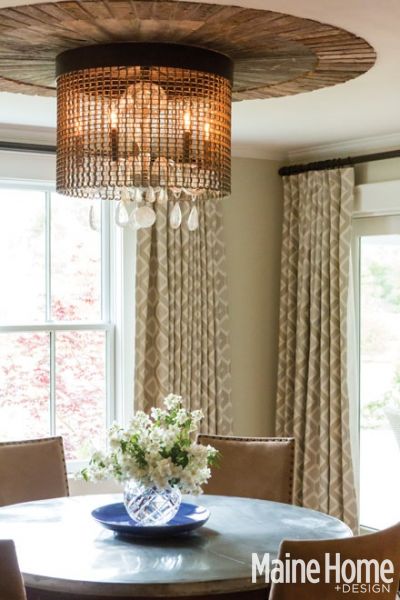 A drum shade formed out of grating from a commercial gate surrounds an antique chandelier, which sits under a ceiling medallion made of old barnwood and brick. It’s an example, says the project’s interior designer, Denise LaVey, of Don Purdy’s talent for mixing the old and the industrial.