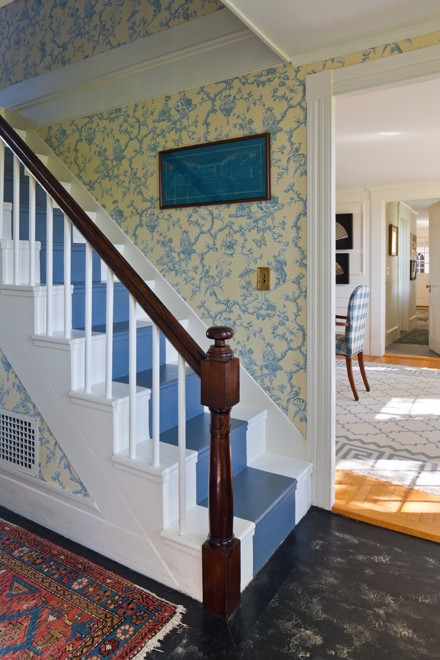 The original wallpaper in the stairway — Imperial Pagoda by Waterhouse Wallhangings in a flocked version — is no longer available, so Debbie chose the similarly themed Palace Garden by Designer Classics. The stair carpet runner was stolen in a burglary in the 1960s, so Kim’s father decided to just paint one on to replace it. The 1915 blueprint on the wall features a pergola designed for a formal rose garden that was never built. The linoleum has an intentional faux-finish pattern.