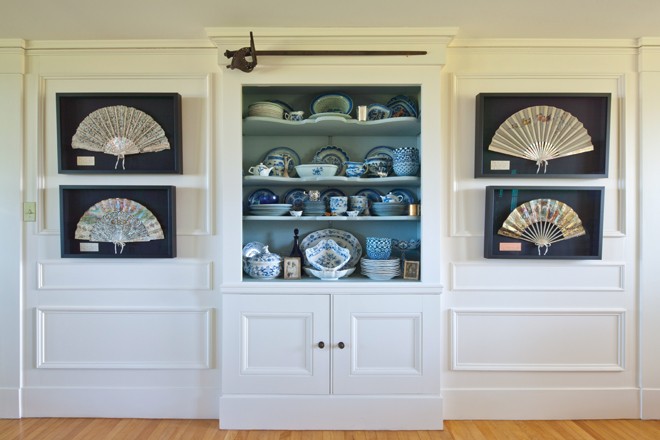 A mix of Canton and Meissen china in the dining room. When the Chatfields would leave for the summer, a wood panel that matched the surrounding ones would go up to conceal it. According to Debbie, right before the newer wing of the house was to be demolished, the fans were found in a blue box with a string tied around it and a label that read “Fans last looked at 1948.” In the box, Debbie and Kim found about 13 fans— most still in their own original boxes—all dated and labeled, including one that said, “bought in Gibraltar for William’s wife, if he ever gets one.” Because they had been not been stored properly they spent two years at Williamstown Art Conservation Center.