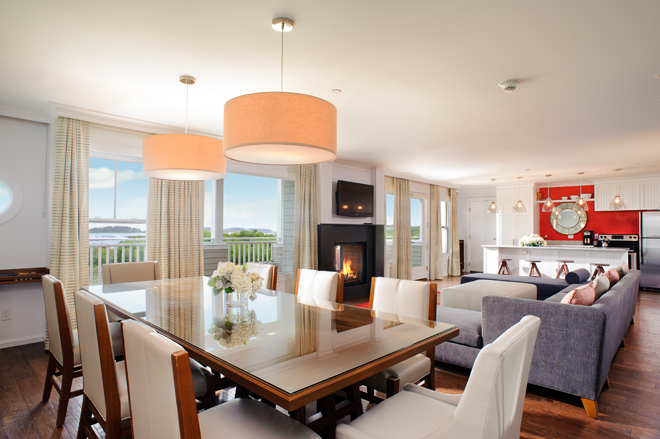 The double-sided gas fireplace in the living room of the two-bedroom suite was designed so that it can be used both inside and on the outside deck during the cooler months. Interior designer Robynne Moncur used various nautical references throughout the space, along with traditional boardand- batten millwork in the kitchen. The idea was to frame the beach view and bring that seaside feel inside. “The windows were left as open as possible,” says Moncur. “Although the drapery has a beautiful pattern on it, it does not distract your eye from the view.”