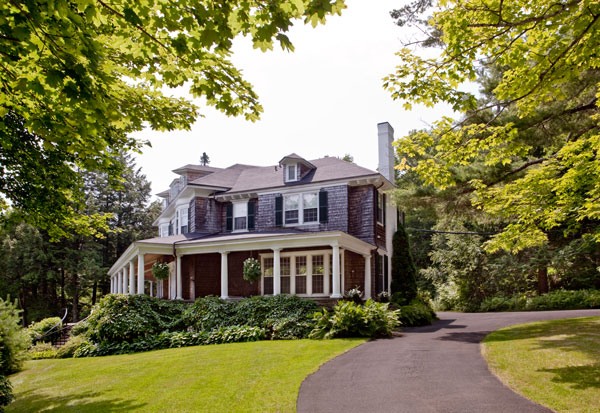 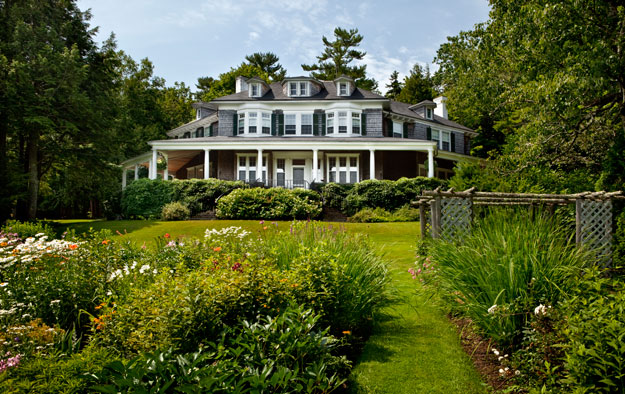 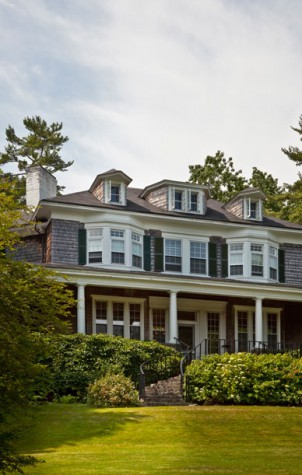 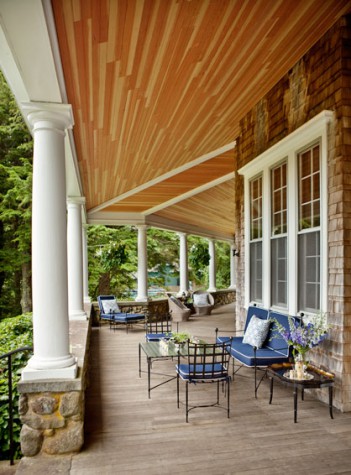 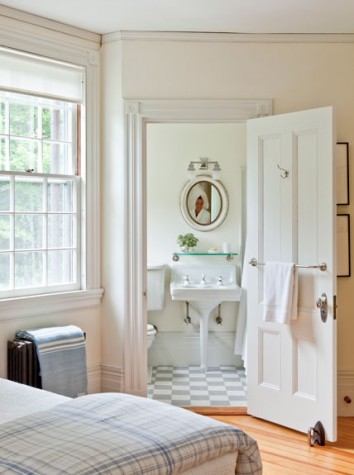 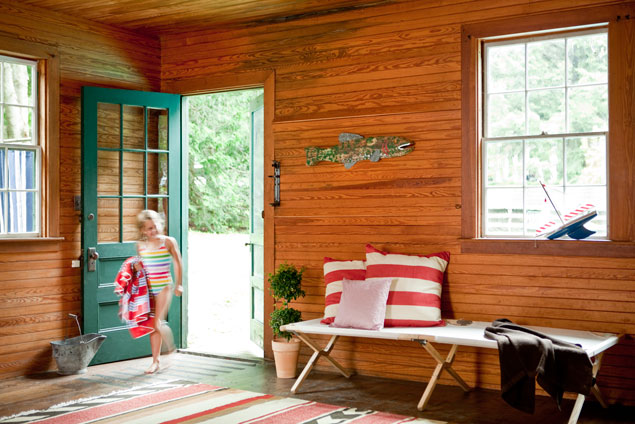 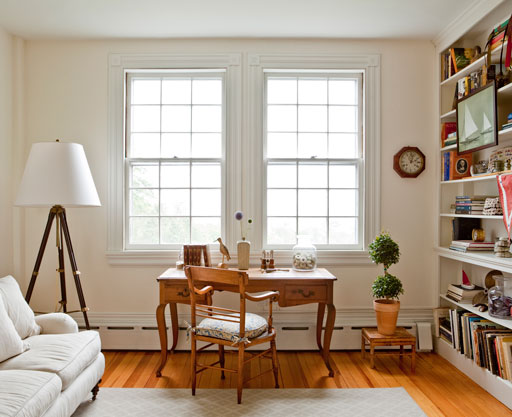 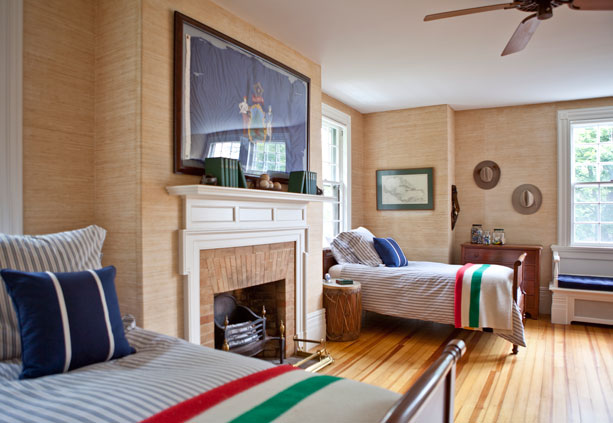 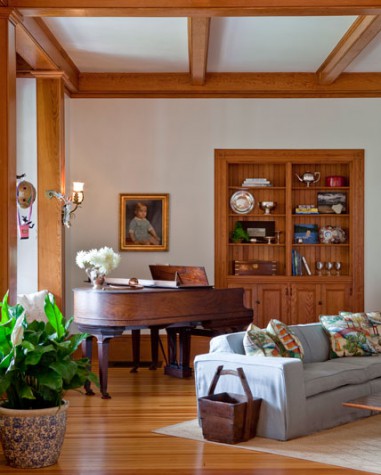 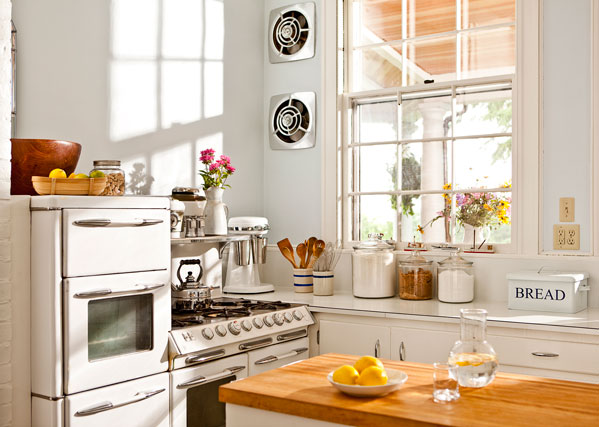 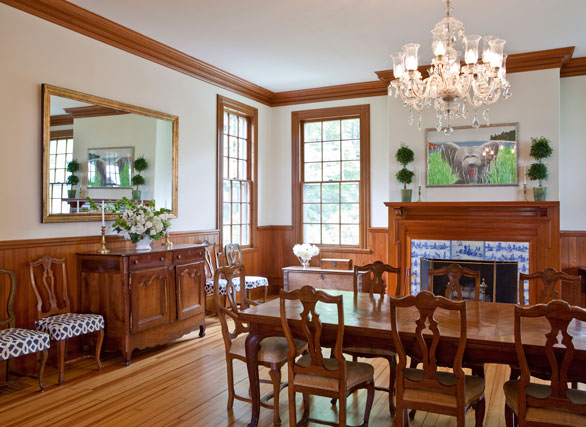 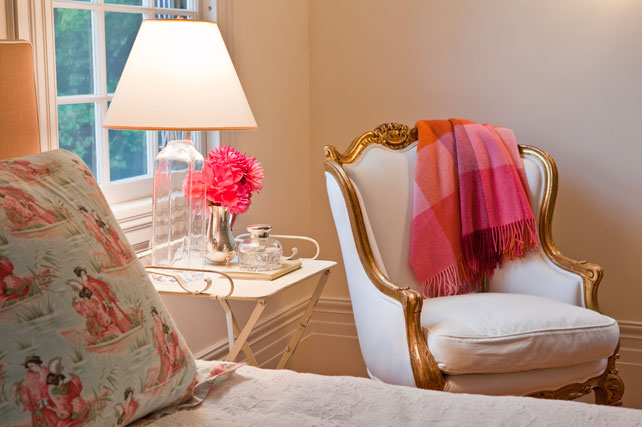 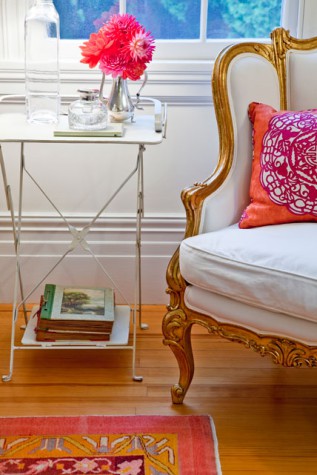 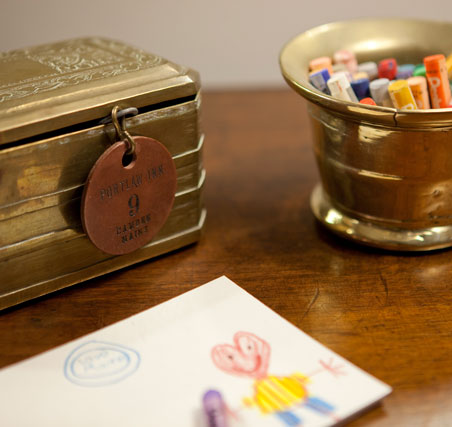 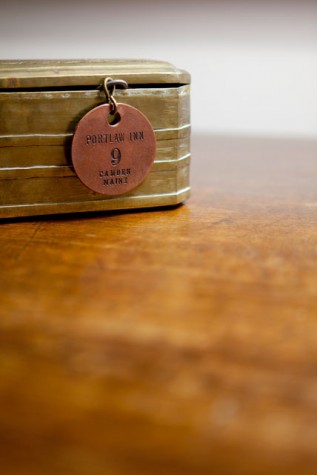 A contemporary family in an historic Camden Inn

Two strange things happened to Stephanie Mayer on the day in 2005 when she first took possession of Portlaw, her Camden home. She arrived with three children and three duffel bags, fresh from Port Clyde, where she and her husband had been renting a house. As she was getting herself arranged, a car came down the drive. In it were a driver and an elderly woman, the granddaughter, it turned out, of William Curtis, the original owner of the 1898 house. Indeed, it was Curtis who had named the house Portlaw after the last ship his father ever sailed. (A picture of the ship is in Brunswick’s Curtis Library, which is itself named in honor of Capitan John Curtis.) The granddaughter, Angeline T. Ferris, wanted to see if the original delft tile still adorned the dining room fireplace.

Within two hours of the granddaughter’s arrival and departure, another strange thing happened. The son of Portlaw’s second owners came for a visit. His parents had operated the property as the Portlaw Inn for twenty-five years. Though he lived in Vermont, he happened to be visiting the coast and wanted to show the former inn to friends.

Mayer says the serendipitous visits made her “feel that there is a spirit to that house that lives large and long.” Of her husband and herself, she says, “I feel that we are very much stewards of that house.”

When she first saw Portlaw, Mayer had a vision of “a perfect strand of pearls” that just “needed to be dusted off and embellished.” By this she means a number of things. First, that the house “had good bones,” a fine structure, and remarkable detailing. There were well-scaled rooms, fir floors and molding, a large wraparound veranda, bathrooms with marble sinks and nickel hardware, and built-in cabinetry and shelving. Second, that she wasn’t going to live in a home, as the Curtises did, in which staff, as she says, must have “equaled or outnumbered family.” She wanted a contemporary home that would be a family gathering place, everyone eating together in the kitchen and enjoying each other in the living room, adults talking in one corner, kids drawing or playing in another. The strand-of-pearls metaphor also means that there was some updating to do. After the Portlaw Inn closed, there was one other owner, a woman who had, Mayer says, “a great sense of style.” She was, for instance, responsible for acquiring the home’s white-enamel stove. The stove, with its multiple ovens, looks original to the house, but it was actually shipped from California. Despite her good taste, the previous owner’s style was of a different era. She had done the walls in dark, deep red wallpaper and the floors in carpet.

So with the invaluable help of Tory Rau, a local contractor, the Mayers undertook a renovation that included taking down wallpaper, repairing plaster, and refinishing floors. Mostly things just needed a “spit shine,” Mayer says. For example, the home still had its original icebox, and the Mayers made sure the electric system was working effectively. Outside, in the woods, the Curtis family had built a small cabin—they called it the House of Mirth—that had sleeping porches, a fireplace, and a bathroom. When the Mayers replaced the fireplace, they did research to find bricks that matched the color and the texture of the original. Similarly, when they attended to the porch ceiling, they replaced the fir boards with the same tongue-and-groove pattern as the originals. Inside the main house, the gray-and-white tiling in all the bathrooms was sized (and thus hand cut) for authenticity.

During most of the year, the Mayers live in California, and the furniture in their Camden home is a mix of pieces they bought from the estate, shipped from California, or purchased in Maine. When it came to the interior, Mayer chose to work with Ariana Fischer of Ariana Fischer Interior Design. The two women met when Mayer walked into G.F. MacGregor, Fischer’s Rockland store (since closed). Mayer loved Fischer’s design sensibility. “We became friends,” says Mayer, “and the truth is the house was as much a collaboration as anything. My background is in marketing and design, and I looked to Ari to reinforce my intuition and to share the exploration process.”

In some ways, Fischer just urged her on her way. “That stewardship sensibility,” Fischer observes, “can almost be paralyzing because you don’t want to make the wrong decision for the house, because there is so much history there and so much that the community owns and values.”

In the end, most of what Fischer did in the house was “editing,” keeping what worked and updating as needed. While things needed to be tasteful, Fischer says, “the house couldn’t be a mausoleum.” As a result, it is full of playful tributes to the family, such as Mayer’s large collages of tickets, photographs, and other summer mementos. Because Mayer loves things that are, in Fischer’s words, “blue and bold and brilliant,” the house has “funny and irreverent” items that are balanced with “a tailored moment or a traditional element.” There is a large Alex Katz poster over the dining room fireplace, but the mantel features classic topiary in ivory bowls. The grand piano, dining room table, sideboards, sofas, and other heavy furniture on the ground floor came with the estate. Their potential to weigh down the room is offset by strong colors and “super graphic” fabrics that Fischer and Mayer used for the throw pillows on the built-in benches and for the dining room seat covers. The living room manages to display a series of paintings by Rockport artist Susan Williams, a portrait of Mayer’s father, original photos of the home, and the children’s framed artwork equally well.

Upstairs, the eight bedrooms, which still have their brass doorknockers and room numbers from when Portlaw was an inn, each have their own distinctive characters. The daughter’s bedroom is done up in hot pink and lime, the boys’ with a bear rug and a framed state flag of Maine. In one guest room, the room’s accoutrements were determined by the color of a rug acquired with the estate. “The decor could have gone very traditional,” Fischer says, but “we popped dramatic contrast moments.” This was achieved with a Simon Pearce lamp, Swan’s Island blanket, Pine Cone Hill sheeting, and Manuel Canovas fabric on a throw pillow. In the end, Fischer says, her job was to help Mayer when she was feeling tentative about change. When Mayer emphasized that she didn’t want to undermine the home’s legacy, Fischer concurred but also reminded her friend, “You and your family are now part of the legacy and part of the house. You have to change it. You have to touch it.”